Last weekend we caught the train into Exeter to visit our local main museum, the Royal Albert Museum. It was first opened in 1868 and after receiving a major £24 million "face-lift" lasting four years was re-opened in 2011. This was the first time that we had had a chance to look around since that work was done.

This museum holds childhood memories of school trips not only for Carolyn and me, but both our boys. When they were young, we attended their school trips and helped in the project work about the Romans in Exeter and the fantastic displays of artifacts that the staff displayed for the children, with the opportunity to try out Roman military equipment and armour.

There is more to see than just the ancient artifacts, with extensive world ethnic, zoological and other historical artifacts from other eras that feature in the long history of the city. The museum holds an amazing collection for a provincial museum and the new look to the building which has kept the beauty of the Victorian Gothic architecture but added to it with modern display areas and a modern clean restaurant makes it a major attraction to visitors.

As in previous museum visits I have captured some pictures that I think will appeal to the wargaming/history enthusiast, and because we got so involved in the world and ancient displays, we had to leave at closing time with other galleries, including the English Civil War not looked at. So I intend to add to this post with a second visit in time.

Exeter and the South West region has links to this period of history with a statue in the city erected in the memory of a controversial general officer of the period, Sir Redvers Buller VC

Who was born in the nearby town of Crediton and won his VC during the campaign. His later career during the Boer War was not as illustrious and he left the army under a bit of a cloud.

As well as Buller, we have Colonel John Chard VC who led the famous defence of Rorkes Drift and is buried at St John's Church in Hatch Beauchamp near Taunton in Somerset, about forty minutes up the road from Exeter.

The museum has the assegai shown with its Zulu name, the iklwa, which if I remember is a name given by the Zulus to describe the noise the blade made when pulled from the body. Either way, its a truly formidable weapon when seen close up.


Another piece that caught my eye was this full set of Samurai armour which is amazing to see how intricate and practical the construction is. This period is not one that has grabbed me, but I can see the attraction when you can see something like this and imagine these warrior going into battle looking like something out of star wars. 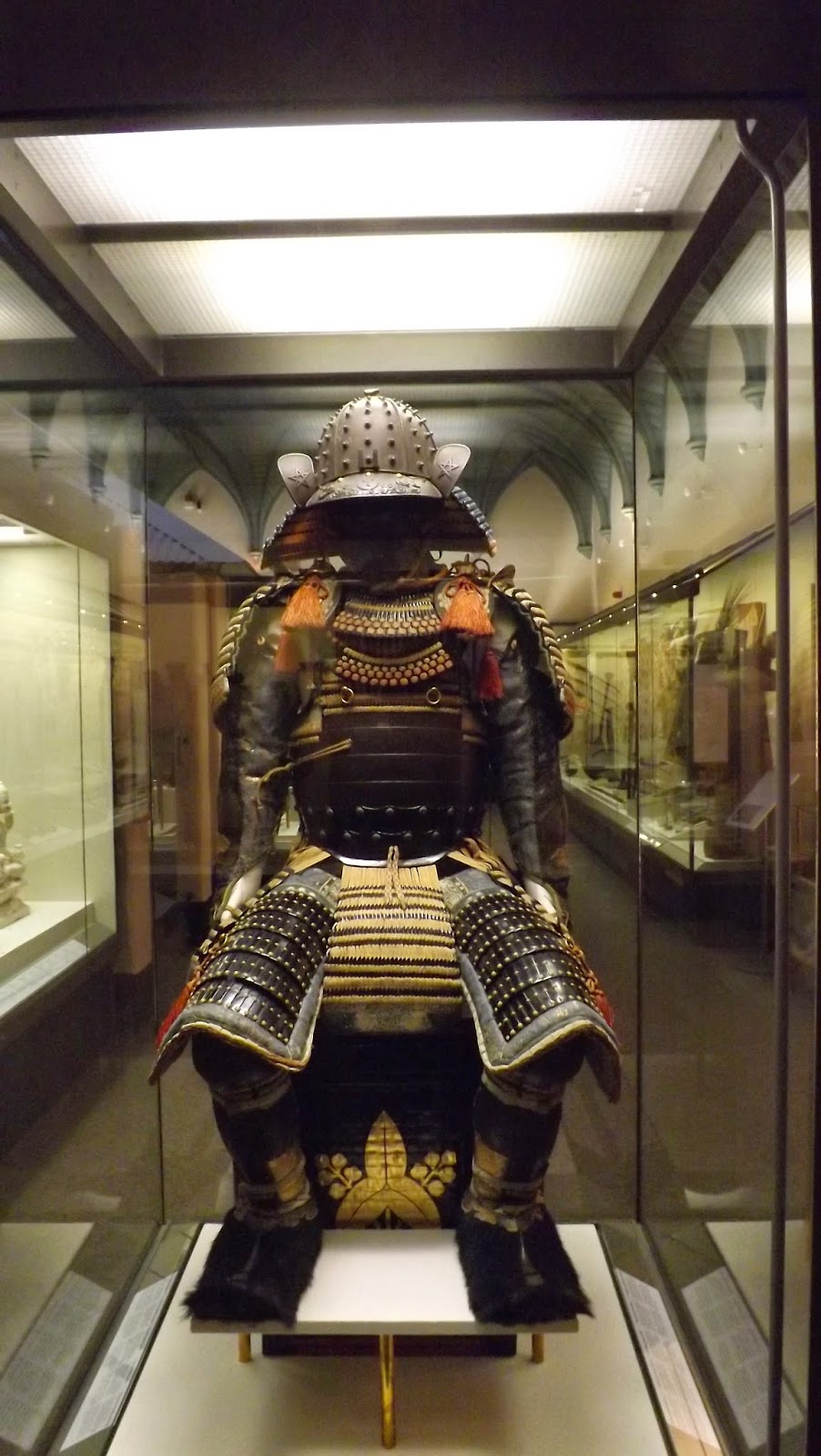 I love all things Greco-Roman when looking at the ancient period, so to see this typical Greek bronze helmet and imagine what the wearer must have seen from behind that nose guard was a thrill. When you look at it front on and carefully examine the craft work involved in its construction, you notice the delicate pattern work around the nose guard and edging. 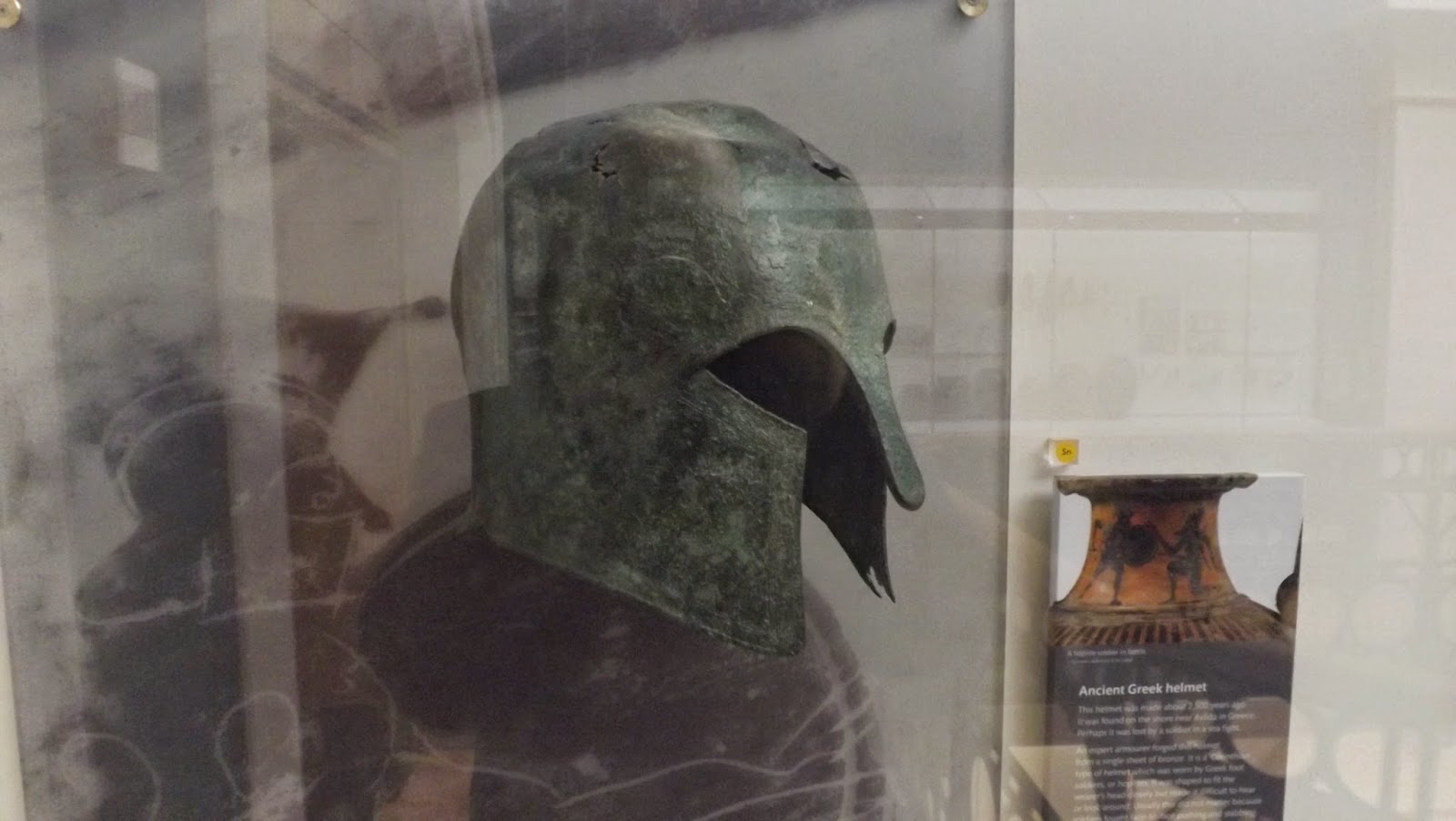 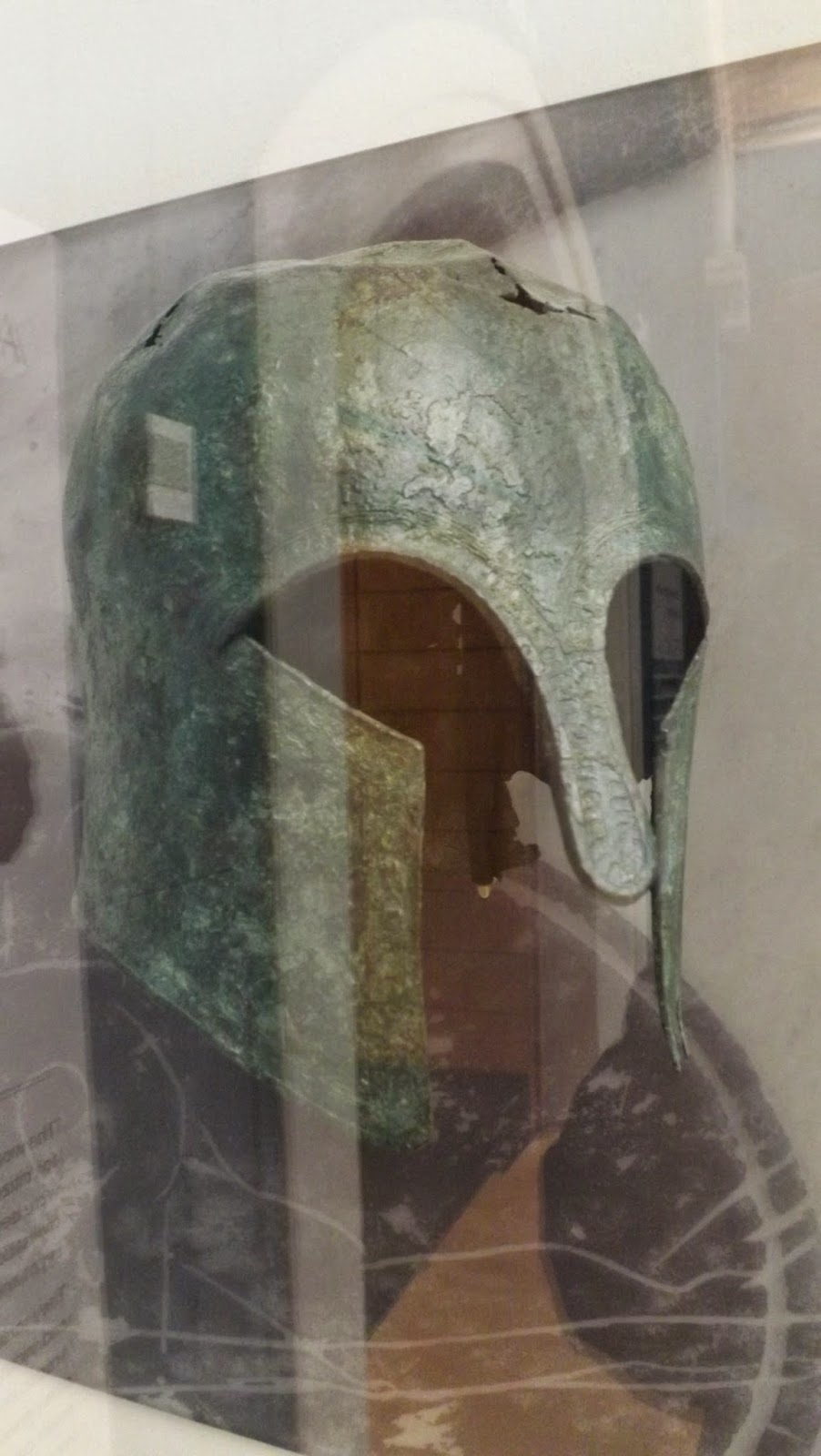 Exeter is a Roman garrison town, and I remember we were taught at school to recognise Roman towns in England with names ending in "ter", Exeter, Colchester, Dorchester etc.

To the Romans, Exeter was known as Isca Dumnoniorum, or simply Isca. The name came from the Ancient Briton name for water pronounced "eshk", hence the local River Exe. The Irish and Welsh Celtic languages have a similar word with the Irish using it to describe whisky as the "water of life". It was also the tribal capital of the native Britons in the area, the Dumnonians.

Exeter was established as a fort and garrisoned by the Legio II Augusta in about 55AD, the same chaps that Vespasian led in 43AD during their successful invasion of Britain, taking out Maiden Castle on route to the South West.
https://www.forumancientcoins.com/historia/sites/maiden/maiden.htm
They stayed in the city for the next twenty years before relocating to Caerleon in Wales, naming that new base Isca Augusta. 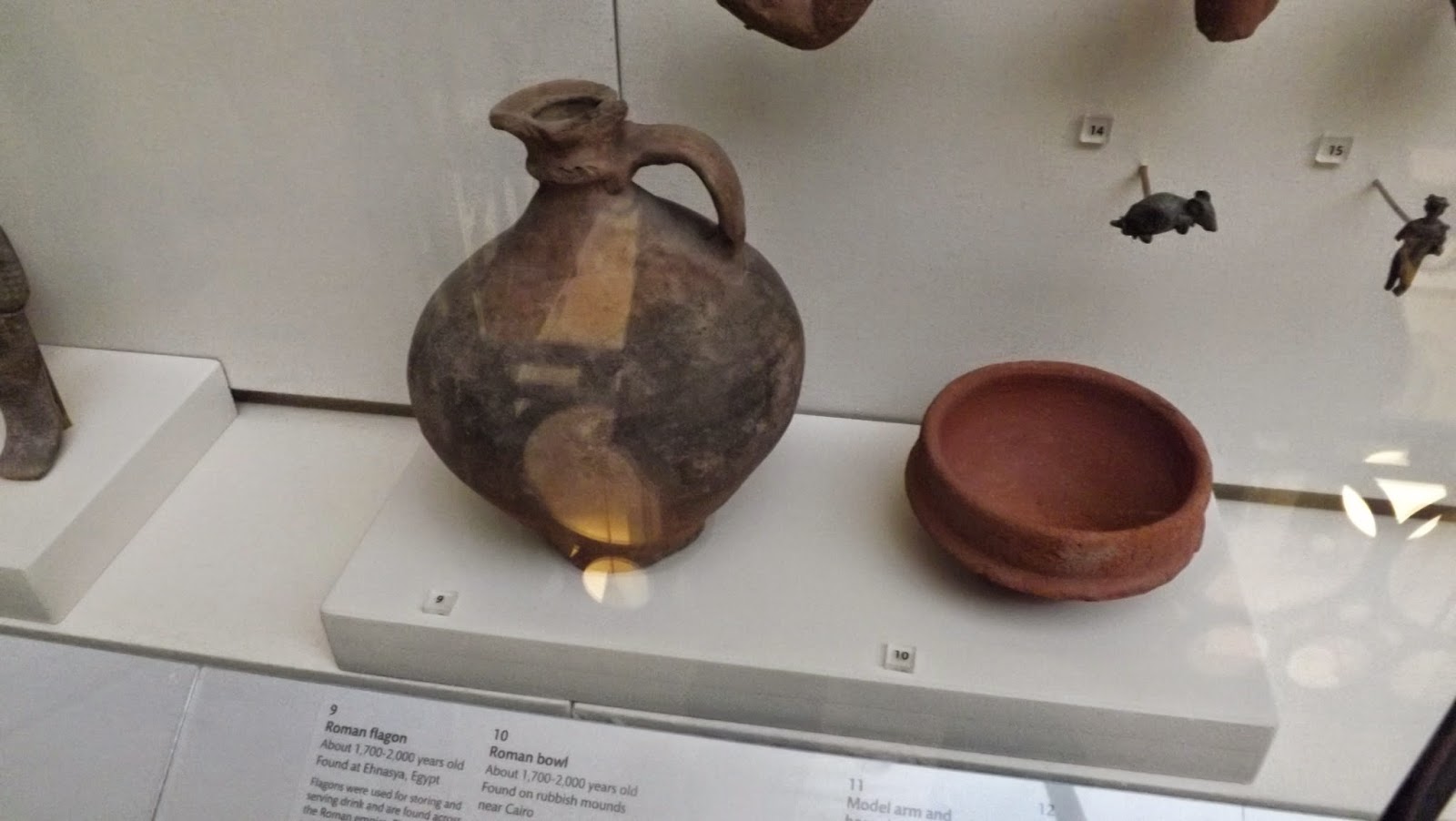 Needless to say the museum has an extensive collection of artifacts discovered in the city that cover the Roman occupation, and the building is right next door to a major part of the Roman city wall that has survived to this day, all be it with a few modifications over the years. 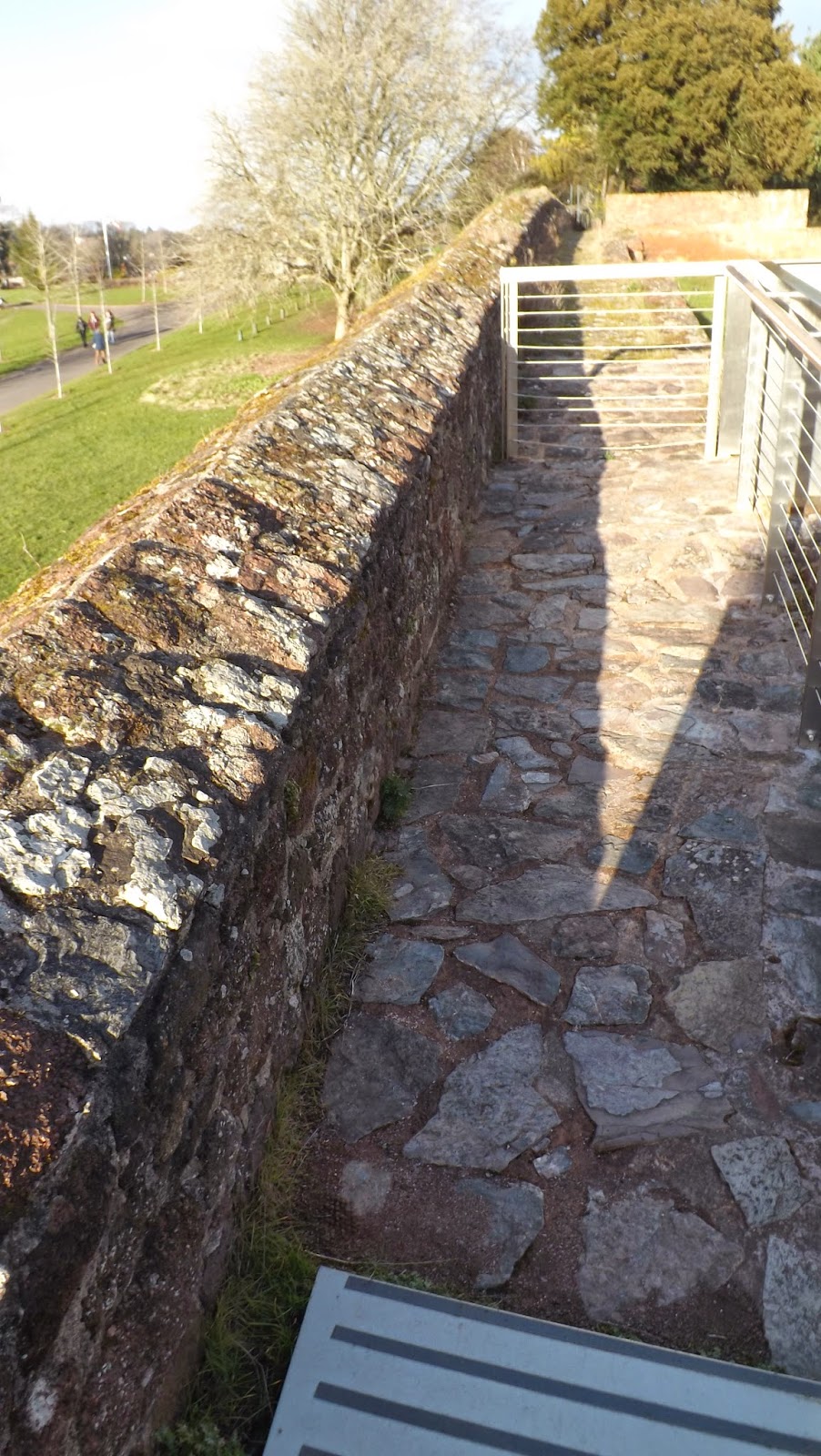 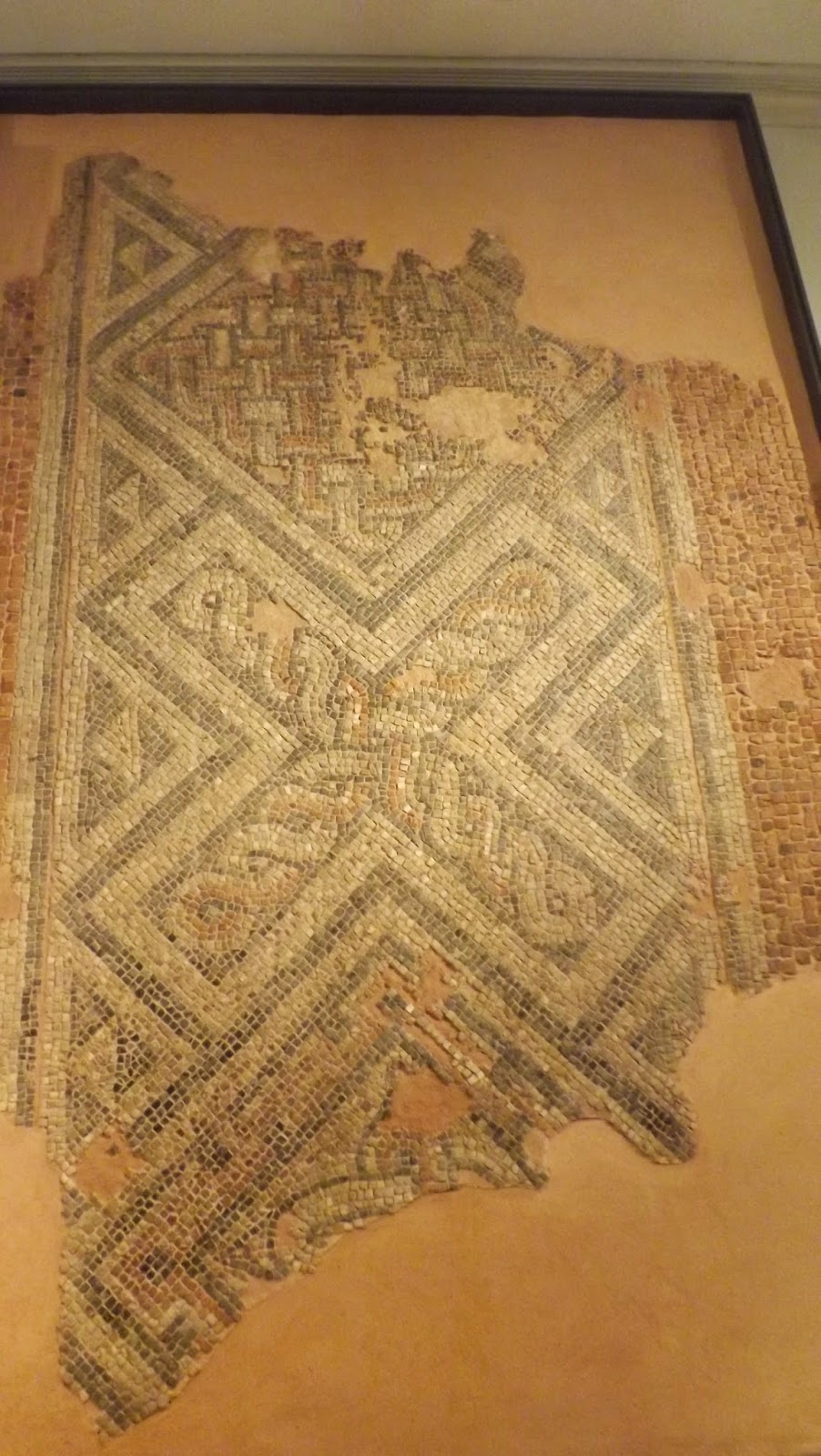 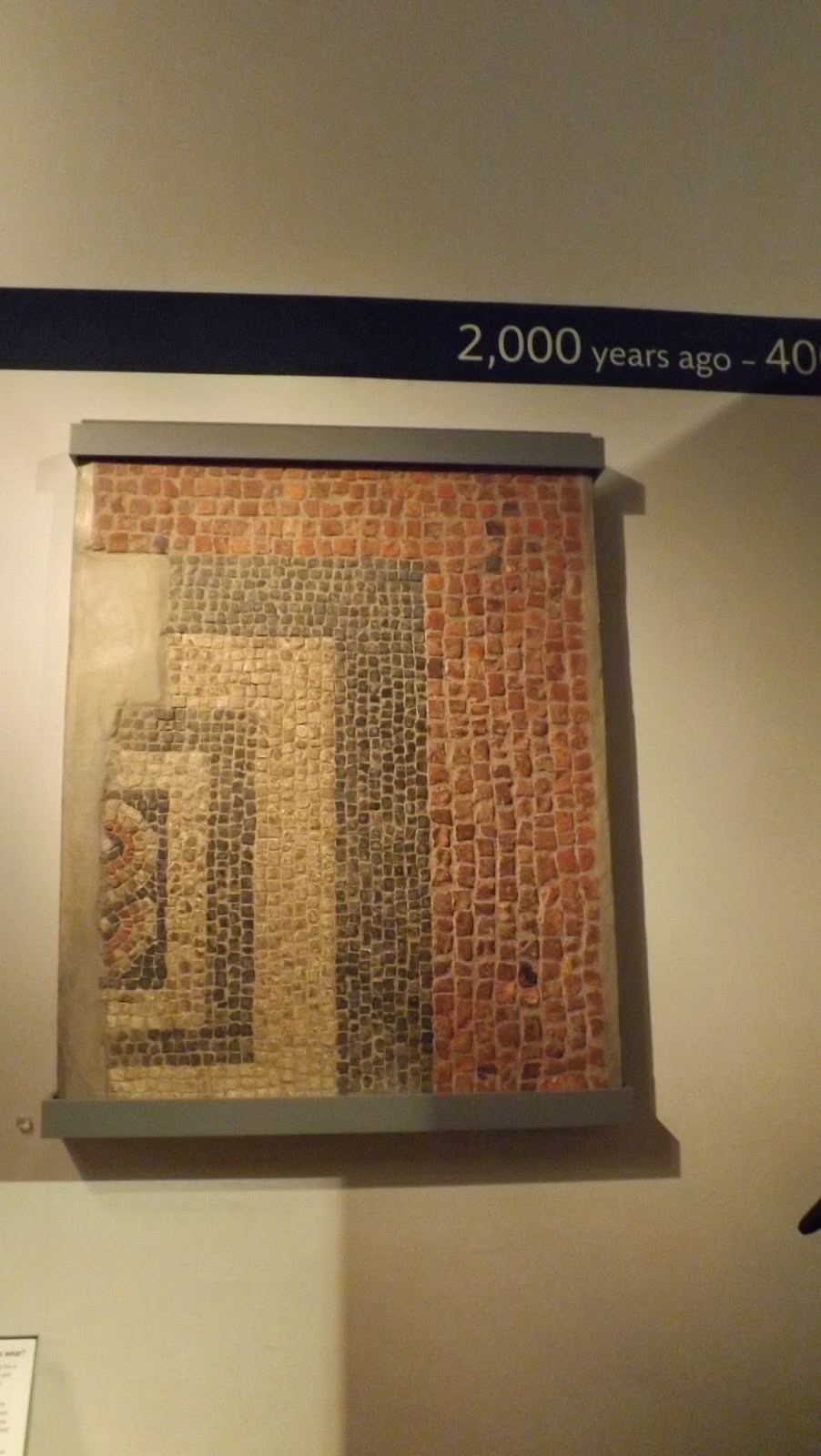 As you can see I was engrossed with the Roman collection when we had to leave to allow the museum to close. So before catching our train home we stopped for dinner, and I grabbed a few shots of the Guild Hall Shopping Centre and the restored facade.

What does Exeter have in common with the US Marine Corps?
Above the entrance is the City Arms which bear the motto "Semper Fidelis", carried also by the US Marine Corps, although Exeter has had it since 1660 when it was proposed by Queen Elizabeth I, to recognise the city's loyalty to the crown, the US Marines borrowing it in 1883.