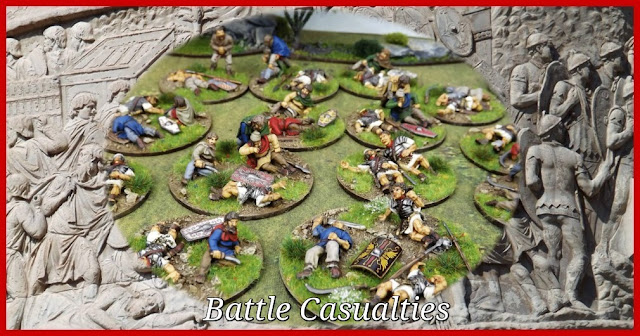 If the number of games I look at in the hobby is anything to go by, the depiction of battle casualties is not a high priority with most gamers when constructing their collections, and this would probably be borne out by the sales of sculpts from the various manufacturers.


I think this is a shame because as we play our games and happily remove figures from the table or, more commonly these days, turn the casualty/disorder die to total up the loss inflicted on a particular unit we miss an opportunity to have our table tell the story of the drama that is unfolding.


Of course we live in a fast moving twenty-four-seven world where it seems that not many have time for such niceties and I suppose our hobby reflects that fast moving life-style trend with the growth of fast play 'snappy' rule sets that get the game over and done with in a couple of hours or less and give us time to get back to more important things!


In such a world where gamers are encouraged to just get the toys out on the table as quickly and as cheaply as possible and with collections reduced to the size of a skirmish trying to look like a battle, there is certainly no time for wasting on painting up the unfortunate souls in a force who have fallen in the fight.


Well as you can probably guess I take a completely opposite view point and have always felt something missing in those games in which I have played where a major clash has occurred and the only hint of that on the table is one or two units perhaps routing away from the area of combat and with all the units involved either looking slightly smaller than they did or with a little, or not so little, casualty die in tow, or heaven forbid a curtain ring or two draped around a few figures! 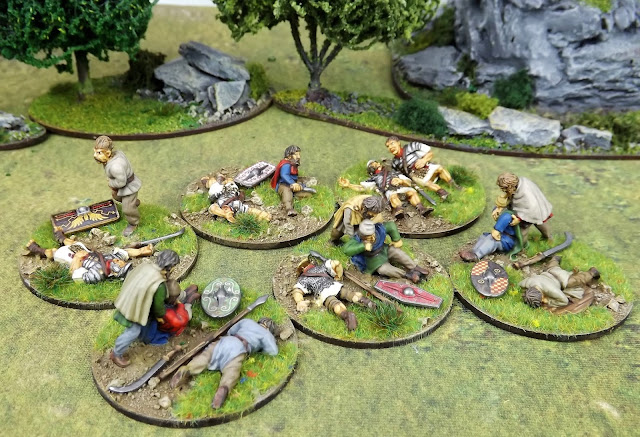 WWII gamers, a group I include myself in, have always seen the need to plonk some flames and smoke on a tank that takes a catastrophic hit causing it to smoke and burn, but even then the human debris of battle is often, in my opinion, sadly lacking. 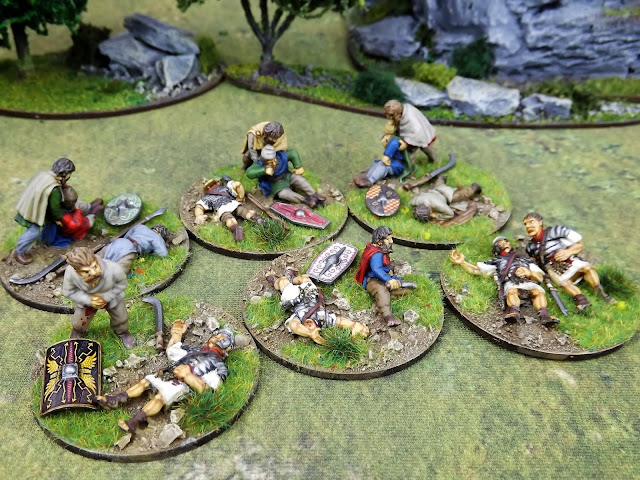 I like my games to tell the story of the battle they portray in the pictures I create and there is something really pleasing to the eye when a combat situation can be described with all the drama implied with words and pictures that seemingly captures the images we can read about and sometimes see in historical accounts of the real life battles. 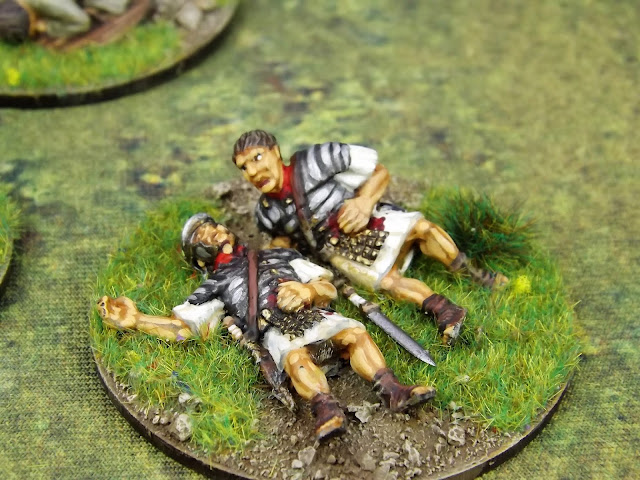 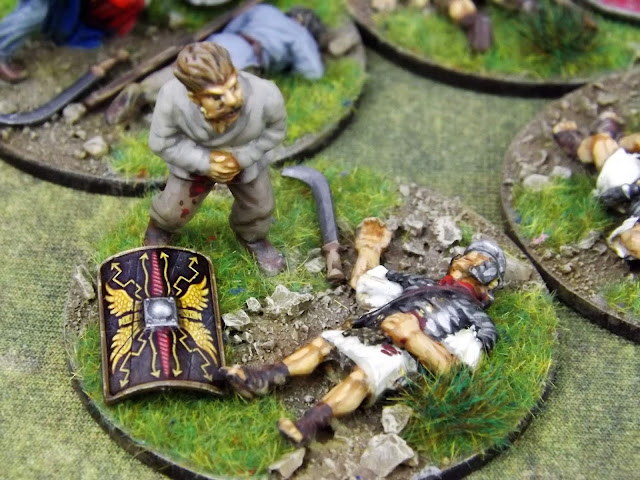 Our hobby is, I would argue,  if nothing else, all about aesthetics, because if not, we might just as well focus on board gaming and Kriegsspiel.

Reflecting the drama that is battle is what our games do, combining rules to govern the activities of our tabletop warriors with the aesthetics of a visual portrayal of them and the terrain they would operate in, and the debris of battle, human or otherwise is part of that portrayal.

In fact, creating little dioramas like these could be looked as as just another bit of terrain that is added to the table as and when required. 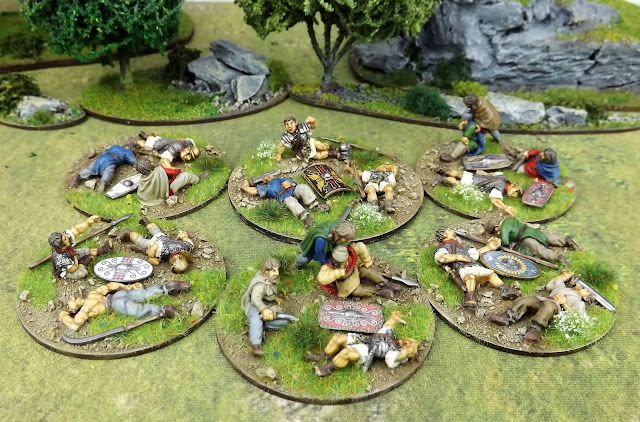 Needless to say the carnage reported by the ancient authors and the nature of the combat involving sharp pointy weapons used at close range, particularly with the Roman tactics of stabbing to the midriff of their opponents would suggest that the wake of these combats would have been littered with the dead and those about to die, in an age of primitive casualty recovery methods 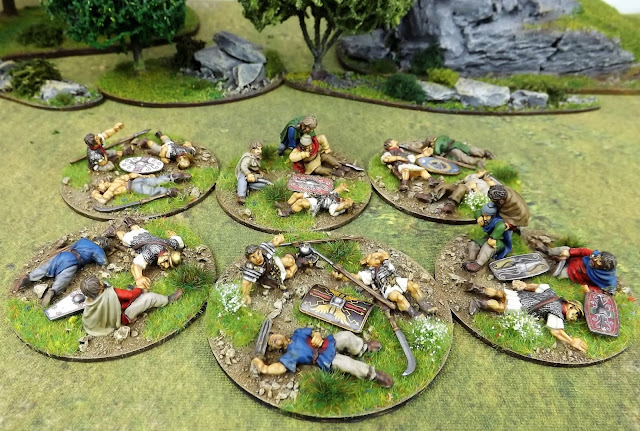 These bases take the same time to produce as painting a large warband with a similar number of figures and by combining them with those left over weapons and shields you can easily produce really simple but evocative pieces to be placed on the table during those moments of drama in battle.


The figures are a mixture of Wargames Foundry and Black Tree and at the moment just include infantry types, but I will add in a few dead horses, just acquired on Ebay, to litter my cavalry combats and I have held back a few of the infantry sculpts for inclusion among one or two of my units as well.

Lots of stuff happening this month to cover with trips to South Wales looking at more medieval and Roman history, a visit to London to hear Ian Knight talking about the Zulu War, and a visit to see the casts of Trajan's Column in the Victoria & Albert Museum and thoughts about my coaching lessons in getting to grips with Chain of Command plus more work to do on the Romano-Dacians.

Finally, a shameless plug for my youngest son Will, who is doing an amazing expedition, this May, in support of Parkinson's UK, a charity for support and research into Parkinson's Disease by planning to climb the three highest mountains in the UK, Ben Nevis in Scotland, Mount Snowdon in Wales and Scafell Pike in England, in twenty-four hours.

Will is three years into his Medical School training with a first class degree under his belt and as well as developing a keen interest in expeditionary medicine is also into a bit of wargaming when time permits. 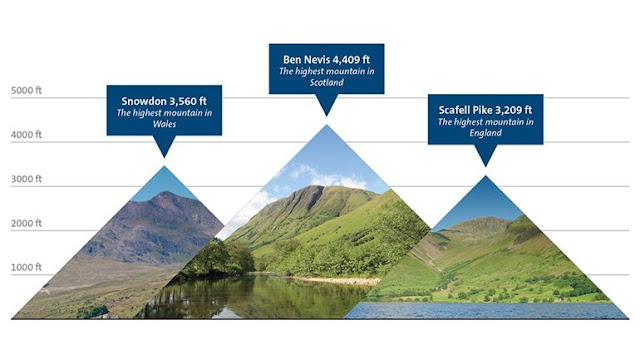 If you would be interested in supporting him in this project with a contribution to his fund raising page that would be very much appreciated and you would be supporting research into this terrible disease and care and support for those currently suffering from it.

Thank you in anticipation
JJ
Posted by carojon at 05:27