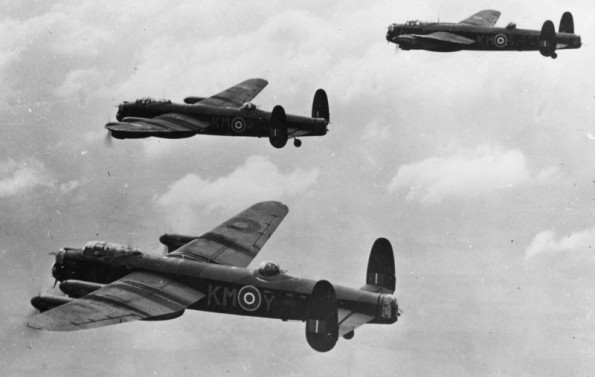 So following on from my previous post, the game went to the Devon Wargames Group mid-month gathering last weekend and several of the chaps volunteered to road-test the new rules around Target for Tonight.

I should say, that I am an inveterate 'rules tweaker' and have never subscribed to the rules as written being the final version so I like to write a draft of proposed changes and test and test and test until I have to stop and go away for a total re-think or until they start to look like something I had originally envisaged.

Thus this proposed series of games are test games and the results are only indicative of where the testing is at the moment not the hoped for end result, unless in the unlikely event I change nothing. 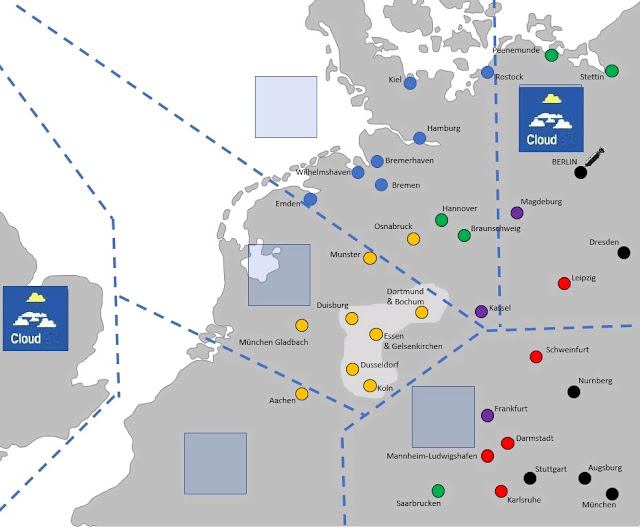 So the first thing we set up was the campaign which will be a series of eight games representing a campaign month for the Battle of Berlin, starting in August 1943.

To set up my groups for the target I had each of the players roll a DAve +1 to establish how many of their aircraft would be available for the op and then set up the Target Route Map seen above to show the weather over Berlin and back in the UK.


The weather principally affects bombing results and landing risks and is part of the raid planning which the players, acting as Bomb Group Commanders, include in their deliberations over building the bomb lift for the op. 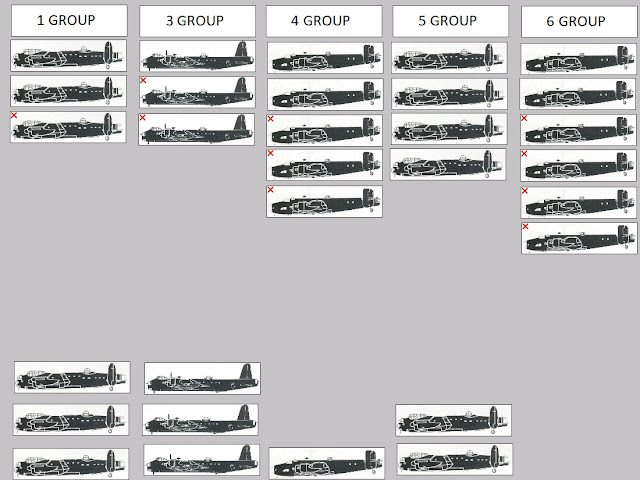 In the end we established that we had nine aircraft not available for this mission as shown at the bottom of the screen grab above.

In addition the players set up their crew rosters from a prepared list of sixty crews arranged in ten lists of six, that I put together that simply enabled the players to roll a D10 and a D6 to find out the quality of the crew.


Then after a discussion on the merits of extra fuel or extra bombs on a deep penetration into Germany that a Berlin raid is, the players opted to increase the bomb load by twenty percent and reduce the fuel loads by just over a similar amount, with an equal mix of HE and incendiaries but with the Lancasters carrying the extra HE with their cookies


The raid turned out to be a game of two halves with one aircraft aborting the raid due to technical issues on take-off and one turning back at the enemy coast with a pilot complaining of stomach cramps and two aircraft intercepted by night fighters over the enemy coast but shot down before they knew they were under attack.


Then the RAF mosquito night-fighters took a hand clearing three of the five 'Over Germany' legs of the flight and the spoof raids doing their job in the other two leaving me the pleasure of scaring a few of the novice players with some 'monica' false alarms and mock night-fighter intercepts just to raise the adrenaline levels.

This was all to the good for our British bomber pilots as having the extra bombs on board not only meant reduced fuel levels but also meant that they would have been unable to corkscrew even if they had spotted an approaching night-fighter leaving them vulnerable to attack.

So through good fortune we had a sizable gaggle of aircraft arriving at the Berlin flak belt although with a fair number having burnt up that precious fuel wasted on navigation errors en-route.

The three flak zones over Berlin managed to take down two more victims, one with a direct hit in the bomb bay and another aircraft lost when forced to go around again having missed the run in to the target.

Because of the cloud cover over the target area the mosquito pathfinders were using Parramatta markers that would likely add to the deviation factors such as the wind, poor radar signature for H2S ground radar sets; with Berlin being such a large city area and beyond OBOE direction finding, mosquito crews had to rely on inaccurate timed navigational approach.

Thus the TI was placed on the aiming point square that supposedly contained the docks just below the Dornier aircraft factory but only the follow up recce flight would validate the accuracy of the raid.

During our game I used the computer to run a video of night operations over Germany on a screen facing the players as well as showing the target map for the bomb run and later in the debrief. In addition before we began our series of bomb runs I played the link above to illustrate the thing being done for real, with a series of three aircraft intercom recordings of bomber crews over Bochum, Stettin and Berlin, with the latter recorded being attacked by and shooting down a German night-fighter whilst on the bomb run.

Not wishing to indulge in a debate over the rights and wrongs of the allied strategic bombing campaigns in WWII it is still noteworthy and admirable how these chaps behave and conduct themselves under the most extreme circumstances and it is remarkable that their chat does not include the expletives that seem to populate the conversations of later generations in much more relaxed environments.

That said a game like Target for Tonight really brings home the reality of the Second World War and a total war that brutalised civilians and military personnel alike and an appreciation of the sacrifice made by a previous generation that means the subsequent ones have not had to face anything on a similar scale, something as wargamers we are probably more able to appreciate than many others in society.


The Lancasters were the last groups to run over the target and the picture below shows the spread of flash markers from the previous aircraft with two areas having two such markers indicating a good concentration close to the aiming point.

If those concentrations were able to start multiple large fires then the accuracy would again be subject to creepback, dropping back other aircraft bomb drops relative to those fires.


The return flight was a reverse of the trip to the target with five night-fighter intercepts that revealed our bombers charmed life still persisted, with five of them managing to corkscrew and evade but with two of them subsequently succumbing to damage sustained during their evasion.

However the nachtjagd also had a difficult night with two of their number falling to RAF air-gunners.

The run back to home and the landings proved relatively uneventful despite fog covering the home bases and with all the returnees safely back on the ground we then considered the results of the attack.

When the wind and drift were calculated it was found that the TIs had drifted one square to the top of the map dragging up the other drops and having all the bombs dropped over the city and thus scoring.


As can be seen major fires were caused on the Dornier works and Siemens Plant north and south of the docks,with additional fires caused to the city centre and three suburban districts although it seems one of these was subsequently dealt with by the city's civil-defence services.

When the final calculation was done the British raid achieved 28 victory points which is an extremely strong result, but one I am not sure was down to some extraordinary results and good fortune, a combination of concentrated bombing, extra bomb load and shooting down two night-fighters, that all helped to cancel out the -10 victory points incurred through the overall loss rate.

Hopefully the next few games will give me a better marker for where the centre of the bell curve really lies with regard to the victory point allocation.

So as the poster declares we will look for another target in about another month to see if the RAF's good fortune still holds. 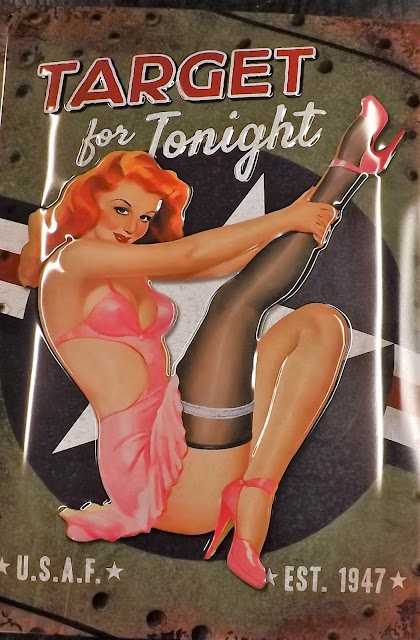 Target for Tonight is a truly immersive experience of a game and the core mechanics of that still remains.

Thanks to David, Stephen and Steve L for being the guinea pigs on this play-though and to my other fellow DWG members who had to contend with our rather noisy and enthusiastic table during our day's play.