All at Sea - On the Stocks in JJ's Dockyard 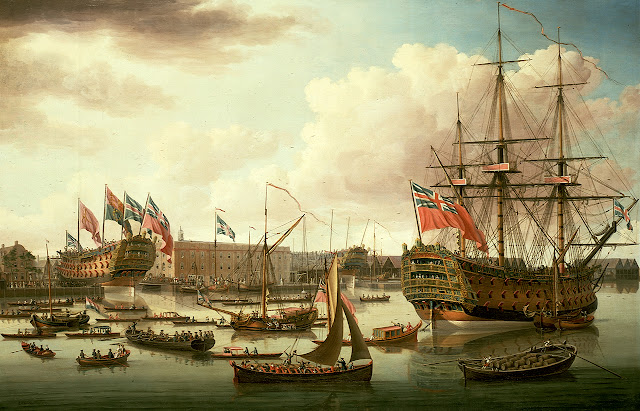 As mentioned in my last post I had started to work on the French fleet box set of ships, composed of a French first rate, three third rates (Bucentaure, Redoubtable and L'Aigle), and three frigates (Thesus, Comete and L'Hermione).

As with any new collection and working with new figures or as in this case ships, I find my technique improves with gradual changes to the method of construction and painting with each new job and this collection of models is benefiting from my experience working from the first ones produced.


So as you will see in the pictures, I continue with the basic process of painting before rigging, but unlike with the very first builds I have found a distinct advantage in painting the hulls with just the jib attached and with all other masts, boats and anchors painted on the sprue separately.

I find this process really aids the detail work on the hulls with no masts in the way to prevent access with the brush to really bring out the detail on these kits. Likewise with the resin models, that is the French first rate and HMS Victory I have kept the metal masts separate and painted them prior to drilling the hull and fixing them in place.


The detail work on the exquisite stern galleries on these named ships together with the individual figureheads each carries has entailed a bit of homework on the net trawling for illustrations of scale models showing the likely appearance of these fittings and the colours used.

You might think the Warlord box with its pictures of their own models is good enough but I would council caution with referring to just the box and not to other sources.


For example the L'Hermione frigate model illustrated is using colours from the reconstructed frigate of the same name built in France for the commemoration of their involvement in the American War of Independence. However the later french frigate that was built to replace the AWI model that was wrecked of the French coast in the late 1780s is the one I wanted which took part in the Battle of Trafalgar in 1805.

Once the varnish has dried thoroughly on these models I will get on with the final work of rigging and adding the naval ensigns.

As well as adding to the fleet, I have put together some chits and markers for our next scenario play-tests using War by Sail to avoid using cards. Once I am happy with the set up I think I might get some improved laser etched options.

One final thing I thought would be worth including, for those interested in using the clear bases to mount these ships on is that Fluid 3D Workshops have listed the bases on their website for easy ordering and I attach them here for reference. 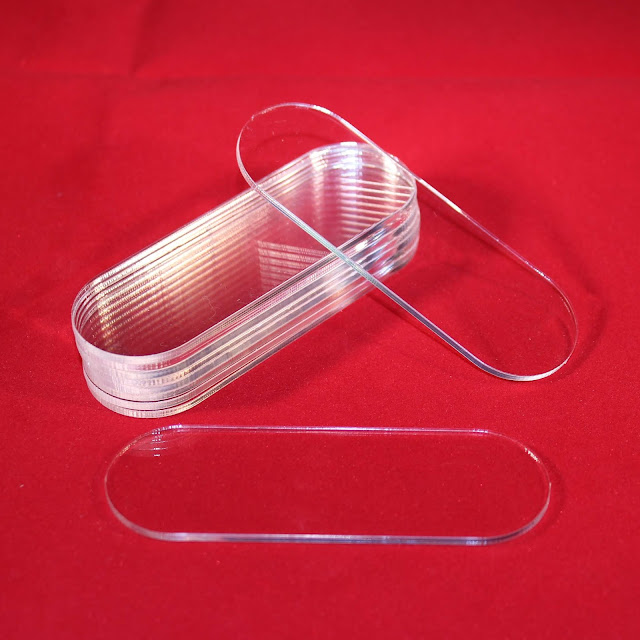 Email ThisBlogThis!Share to TwitterShare to FacebookShare to Pinterest
Labels: Age of Sail, All at Sea, All at Sea Ship Bases, JJ's Wargames