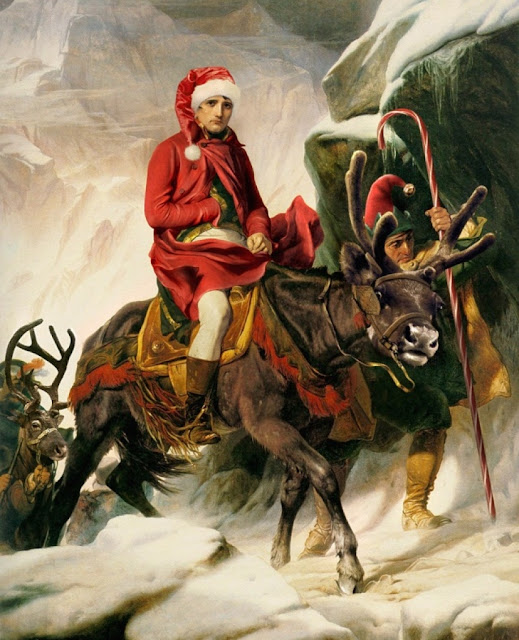 ﻿
A little known episode during Sir John Moore's retreat to Corunna occurred on December the 24th 1808 when the British army began the retreat over the mountains beyond Astorga. Napoleon pondered his decision to drive the "British Leopard" back to the sea. There must be a better way to bring his most implacable foe to the negotiating table. It was then that Marshal Soult came up with the idea, and the rest as they say is history.

Wishing everyone a happy, peaceful Christmas and prosperous New Year in 2013

Jonathan
Posted by carojon at 05:50