Vimeiro Set Up and Ready To Go

Hi all, I am really looking forward to tomorrow as the Vimeiro game is set up and ready to go. This game will be the culmination of twelve months work and I will be running it again next month.

As you will know, the last few weeks have been taken up getting the Generals and terrain finished off and I can now reveal on the eve of the game everything now done. 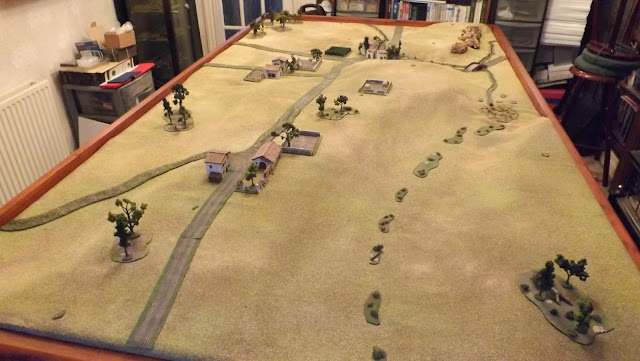 The table hasn't changed greatly other than the ridge line markers and the River Maciera added toVimeiro  town, with my new bridge from TimeCast Scenics. 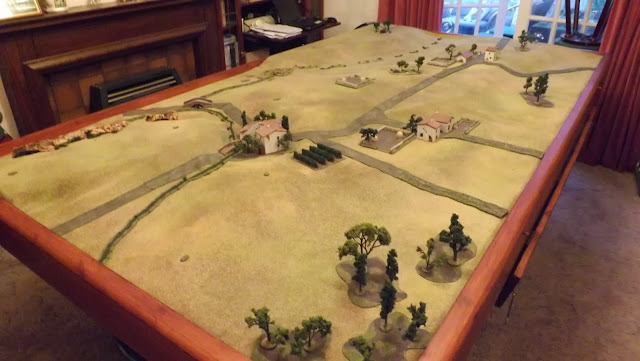 The table below shows both the French and British armies set out in their brigades. This is the first time both forces have been fielded complete and helps illustrate the size of these two armies. The figure scale for the game tomorrow is about 1:30.

The little sealed bags contain my new laminated order chits that I will be trying out for the first time. Carnage & Glory, like other rule sets, requires players to declare their charges and reactions together. The writing down of these declarations is a bit of a chore and so I have produced chits that can be placed next to the affected unit and turned over at the declaration phase. Of course some of them are dummies so no one will be quite sure what the other chap is intending to do.

In addition there are range sticks, fire templates and casualty markers to note units under movement restrictions due to morale reactions and all the unit labels are attached. Job done. Now I just have to get the catering arrangements sorted out. 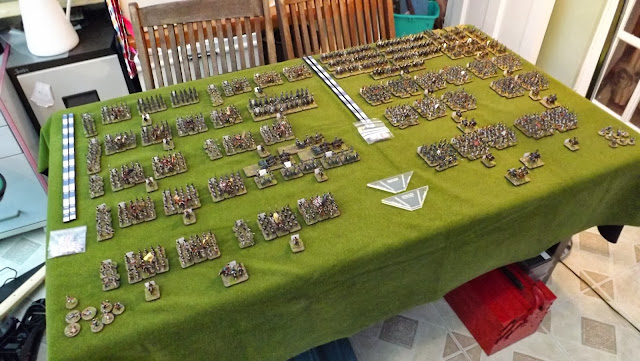 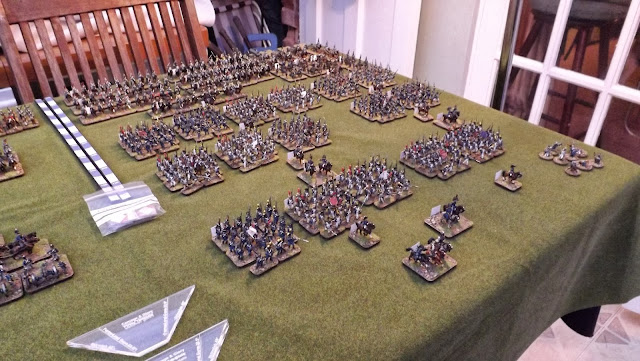 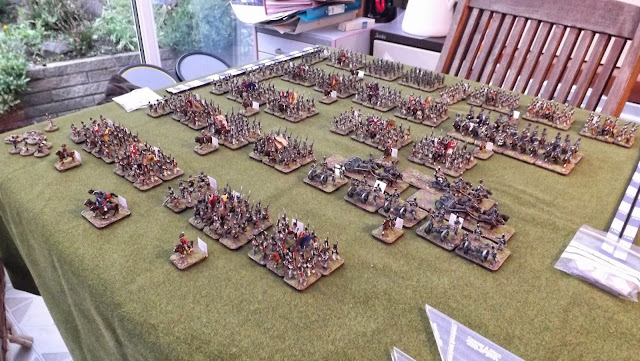 As always a post and battle report on tomorrows game will follow with plenty of pictures to capture the action.
Posted by carojon at 00:31