Way back on the 7th April, I discussed my Spring plans, which focused on three projects; Pulling together the forces for Vimiero, done, getting a scenario together to run a Corunna scenario, probably to run at Xmas, done, and finally buy a model bell tower to add to my terrain for the Crossing of the Douro or the Battle of Oporto.

Well I bought the model, discussed at Salute in April, so whilst building rivers I thought I might as well get it done at the same time. 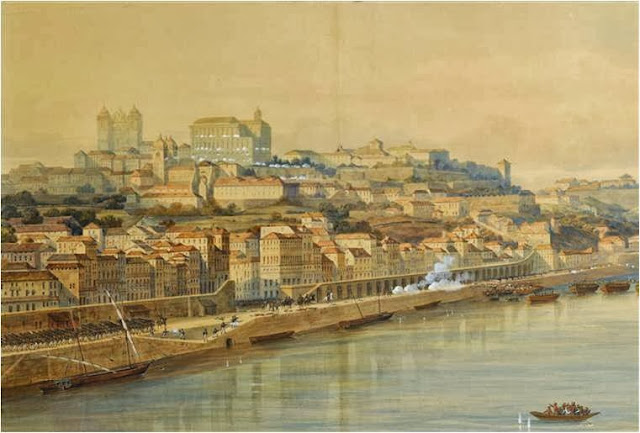 Just as a reminder the picture above illustrates the harbour scene of Oporto at about the same time period of the battle with the bell tower to be clearly seen in the right background. I imagine it would have made an excellent observation post for General Foy when he finally spotted the British crossing the river. 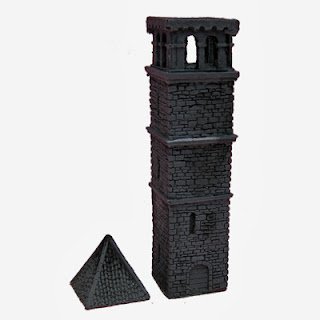 The version I bought is an all in one creation with the roof attached. My only additions were to attach a 30mm square plastic base to the bottom of the model to give it more stability on the table and with the addition of some brick work plastic card to one of my artillery size bases produce a cobble stone second base to allow it to stand alone from other buildings.

I decided not to glue it to the cobblestone base so that I can put it up close to other buildings.

I am imagining this building with some dismounted French officers, telescopes in hand, with their horses close by, on a hill on the edge of the city, overlooking the British troops being ferried across to the Seminary building 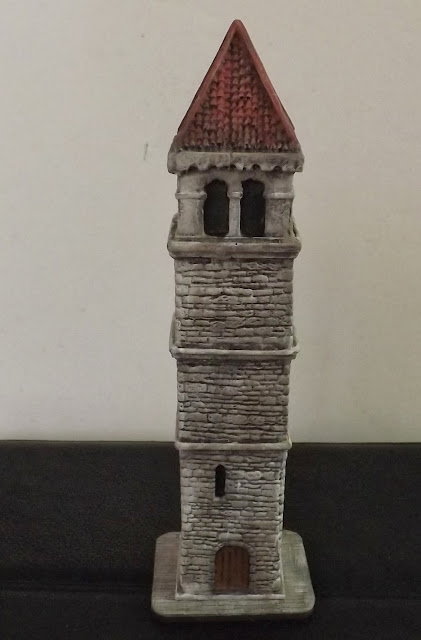 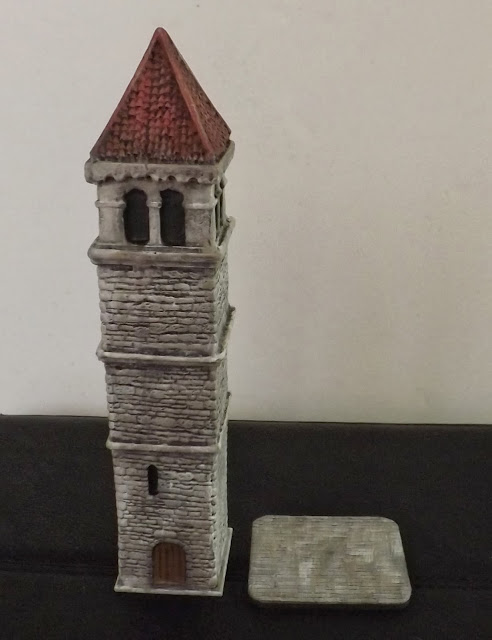 The plasticard cobblestones have given me some other ideas on recreating the waterfront area with the Port Wine warehouses behind, backing on to a hill, with the houses of the city behind.
Posted by carojon at 01:13