With next weekend arranged to run the Vimiero game I got in touch with the very nice people (Martin Murray and Diane) at Warbases who produced some excellent acrylic templates to measure the angles of fire for formed and skirmish troops in Carnage & Glory.

I ordered up four of these at £2.00 a go and was very pleased when I opened the parcel yesterday. It only took them a couple of days to turn these around.

If you are interested in playing Carnage & Glory then these will be a very handy item to have during the game. 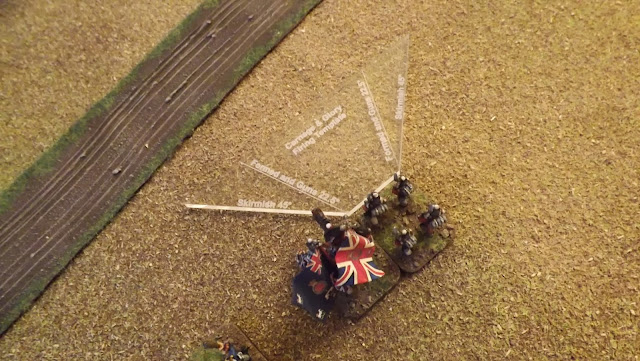 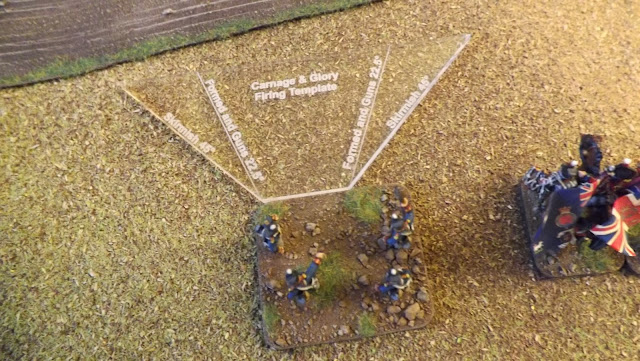 I'm off to the Devon Wargames Group today to run a game using Battlegroup Overlord, 6th Airborne vs 21st Panzer Division. More later with a game report and some further thoughts about the rules and other things.
Posted by carojon at 00:59