The 2nd Battalion of Detachments completes my 30th unit of British infantry and adds the second unit of these unusual formations organised when the need was at its greatest.

The following quoted from Robert Burnham's work,
http://www.napoleon-series.org/military/organization/c_detach.html
"The 2nd Battalion was commanded by Lieutenant Colonel Edward Copeson of the 5th Foot, and it too had enough men from different regiments to form them into separate companies. The soldiers from the 82nd Foot were in a company commanded by Captain Carew." 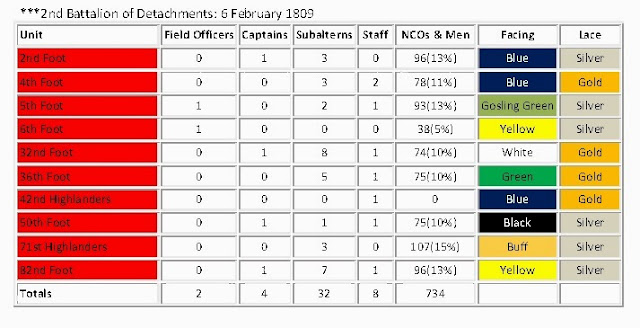 I have carried on with the theme established with the 1st battalion, by having the unit modelled to reflect the irregular character of the battalion (using figures from AB, Warmodelling and Campaign Game Miniatures) and use facings and models to capture the different battalions that went in to make it. 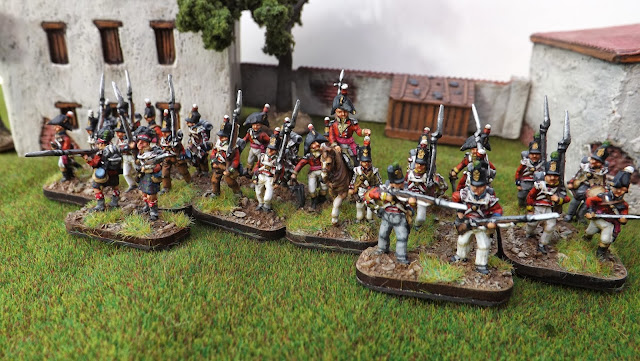 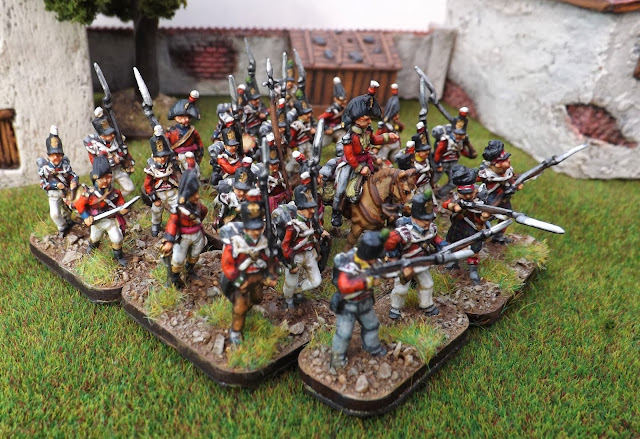 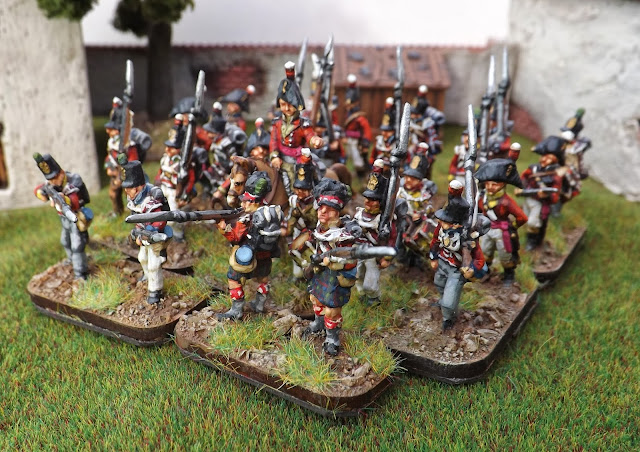 "The effectiveness of the two battalions of detachments was perceived differently even at the same headquarters. In a General Order written in Badajoz on 22nd September 1809, Sir Arthur Wellesley, the future Duke of Wellington, wrote:


"The Commander of the Forces cannot avoid to express his regret upon losing the services of the two battalions of detachments, which are about to join their corps in England. . . He requests Lieutenant Colonel Banbury(sic), Lieutenant Colonel Copson and the Officers attached to these battalions, to accept his acknowledgement for the attention they have given to them." 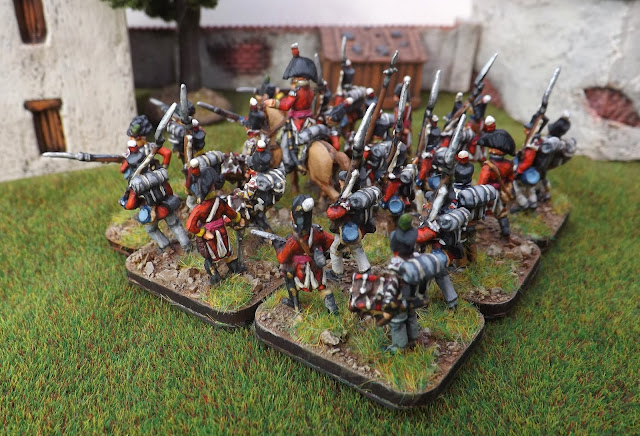 Charles Stewart, Wellington's Adjutant General, had a different opinion of their worth, when he wrote on June 15, 1809 to Robert Catlereagh, (Marquess of Londonderry) the Secretary for War:


"I wish these detachment battalions were replaced. I am sure they are the cause of great disorder -- no esprit de corps for their interior economy among them, though they will all fight. They are careless of all else, and the officers do not look to their temporary field-officers and superiors under whom they are placed, as in an established regiment. I see much of their indiscipline." 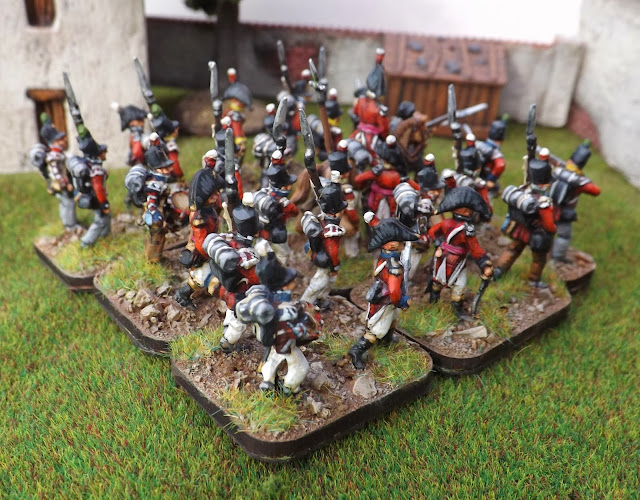 It should be noted that Wellington in his general order also mentioned that he had to remind them of proper conduct and when they returned to their parent units, the men were to ensure they behaved properly."

With the completion of these two battalions, it's back to the regular formations of the British and French armies for 1809 and finishing off some extras for the Corunna games planned for December on completion of Vimiero.

In addition to looking at the main action at Corunna, I'm rather inclined to try out some ideas around some of the rear guard clashes that occurred on the retreat between Sir John Moore's army and Marshal Soult's.
Posted by carojon at 03:36