With plans outlined in previous posts to produce scenarios covering the campaigns of 1809 starting with Corunna I have been putting together the additional units that will feature in those games. Two particularly interesting units were the two battalions of detachments

The following quote is taken from Robert Burnham's excellent article from which a description and history of these units can be read in full by following the link below.

"In mid-January 1809, the situation of the British Army in the Iberian Peninsula was grim. Moore's army had been forced to evacuate Corunna after a disastrous retreat and to return to England. In Portugal there remained fewer than 14,000 men under General Cradock. French forces were threatening from several directions. For many the only viable option was to evacuate Cradock's troops and to cut the British losses. Yet those orders never came. Instead Cradock began to organise the remaining troops for the defence of Portugal. 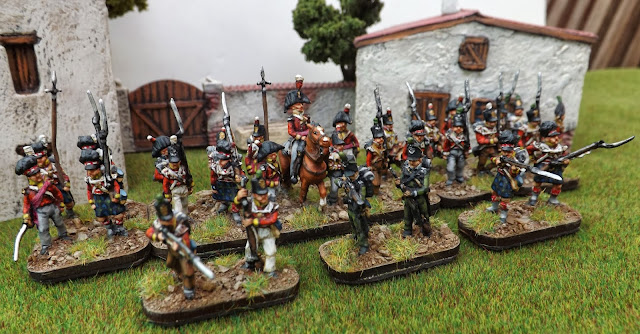 Within Portugal there were about 3,000 officers and men from all three arms, whose regiments were evacuated at Corunna. Some of these men were on detached duty when their regiments marched off to fight the French, while others were in hospitals, too sick to undertake the rigours of a winter campaign. Many of them had been with Moore's army, but had either become separated during the horrendous retreat to Corunna or had been captured by the French and escaped. Many had managed to make it to Oporto, where a brigade of British forces still held out. General Cameron, the brigade commander, sent the following message to General Cradock on 16 January:
"I have collected several detachments of recovered men belonging to Sir John Moore's army, whom I found scattered in all directions, without necessaries, and some of them committing every possible excess that could render the name of a British soldier odious to the nation." 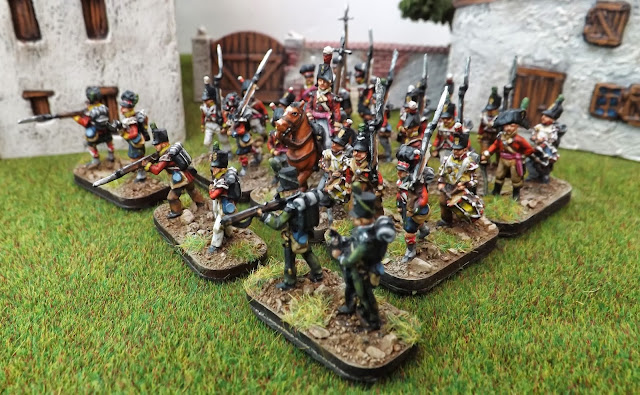 On 16 January 1809, the same date that General Cameron wrote his scathing message, the 1st Battalion of Detachments was formed. By early February, the 2nd Battalion had also come into existence. On 6 February, the muster rolls for the first battalion was: 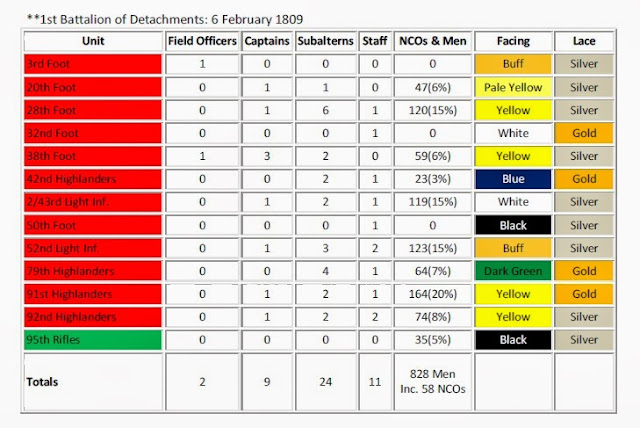 Note: the colours of facings and lacings together with the percentage breakdown of the various units are my addition. 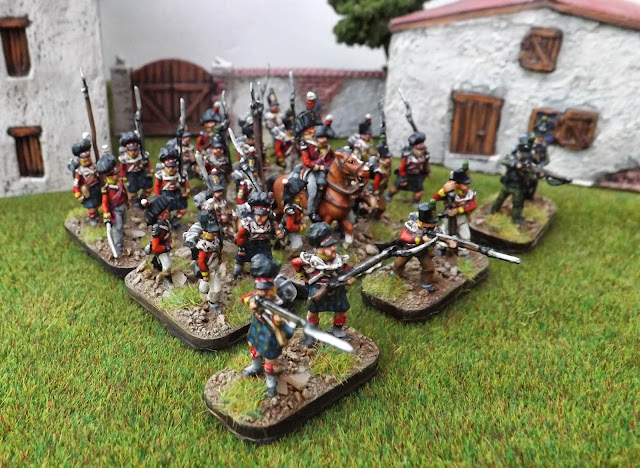 I was keen to capture the irregular nature of this unit and so the battalion you see is quite distinctive from the regular battalions featured so far. Firstly this battalion carries no colours as the colours from the parent battalions had returned home from Corunna. The battalion is constructed around the components as mentioned in Robert Burnham's article and I have attempted to have figures representing proportionally those elements. 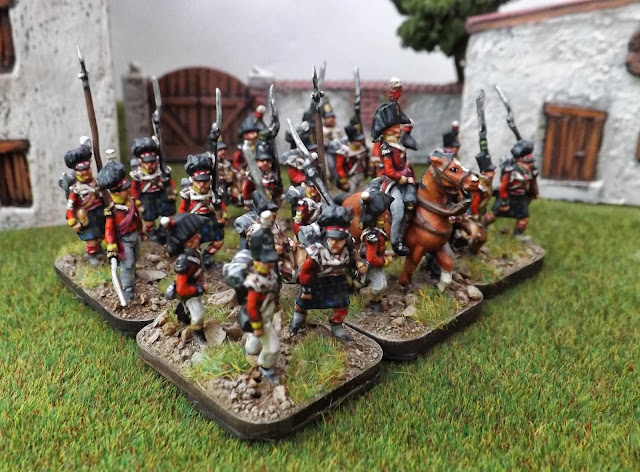 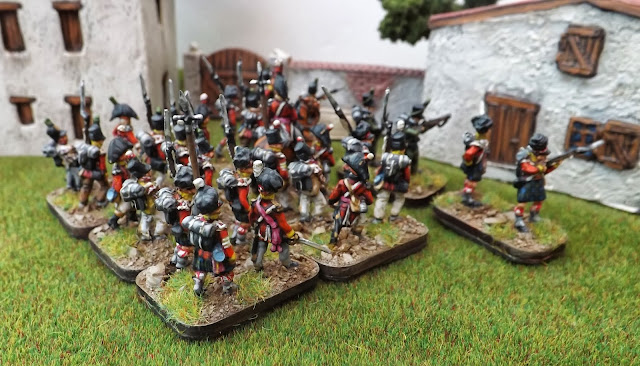 So for example the mounted colonel is in the uniform of a field officer of the 3rd (Buffs) Foot representing Lieutenant Colonel William H. Bunbury.I have included the riflemen in the unit as part of the battalion skirmish screen. I  also took the opportunity to use up the spare officer, drummer and sergeant figures I have accumulated by mixing them in with the infantry men of the various units.

Finally to add to the "irregular look", my battalion is made up of components from various manufacturers, namely AB, Warmodelling and Campaign Game Miniatures adding to the appearance I was after. 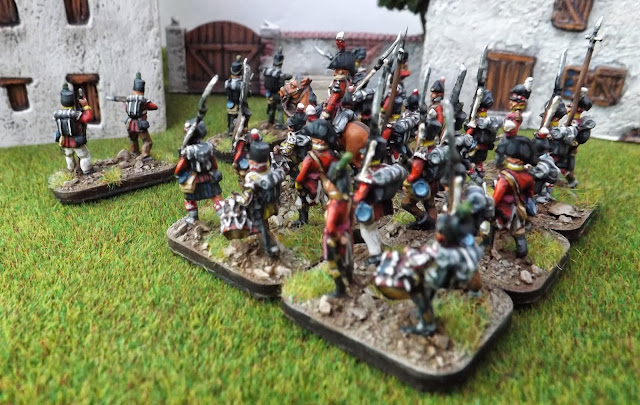 The battalions of detachments were not entirely successful and with the return of their parent units, at the end of 1809, the men were returned to those reinforcing battalions with the remainder being posted home to join their reforming battalions there. 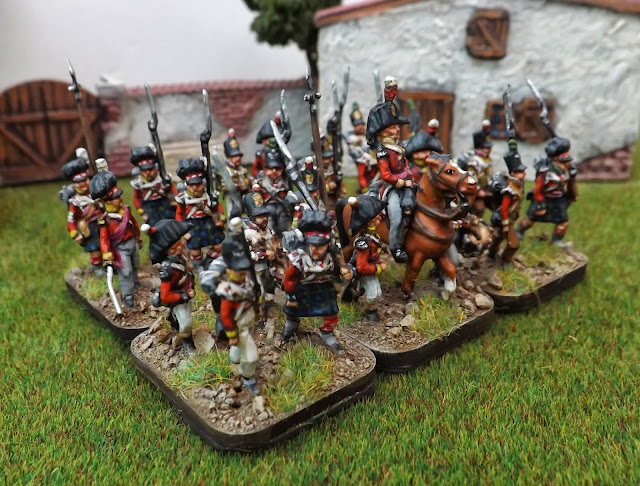 The first battalion makes an interesting addition to my British Peninsula force and, together with the second battalion that I am working on next, will feature in my Oporto and Talavera scenarios.