It was way back in June that I presented the new Peninsular British infantry from Xan, supplied by Empress Miniatures here in the UK, when I completed the 7th Battalion King's German Legion.

I really liked these new figures so decided to buy another six battalions of them to complete my British forces for Oporto. 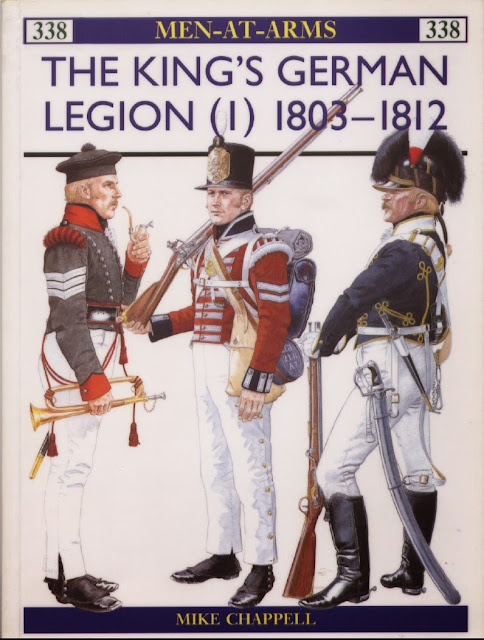 A really useful source, for any "would be modellers" of the KGL, is Osprey's KGL volume one, which looks at the units that took part in the early to mid stages of the Peninsular War. The book covers the interesting aspects of these battalions that look like other British "Royal" line battalions, but have rifle armed contingents in their light companies. This helps explain the fact that the 1st Division didn't, as a norm, have a 60th Rifles company added, as the KGL with their own riflemen were able to add that firepower to the 1st Division's Light battalion. 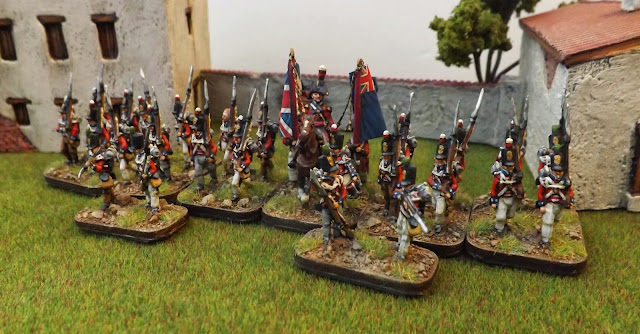 With the addition of the 2nd battalion seen below I just need to do the 1st battalion and that will complete the KGL line battalions that formed a key component of Wellington's 1st (The Gentlemens Sons) Division, along with the Guards and others. To see the other battalions in my KGL collection, just check out the "British" label to see the gallery of units completed too date. 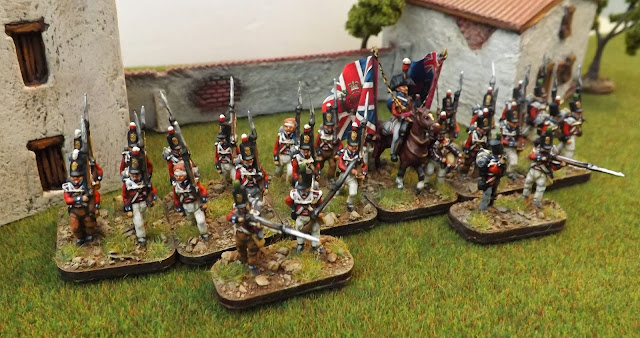 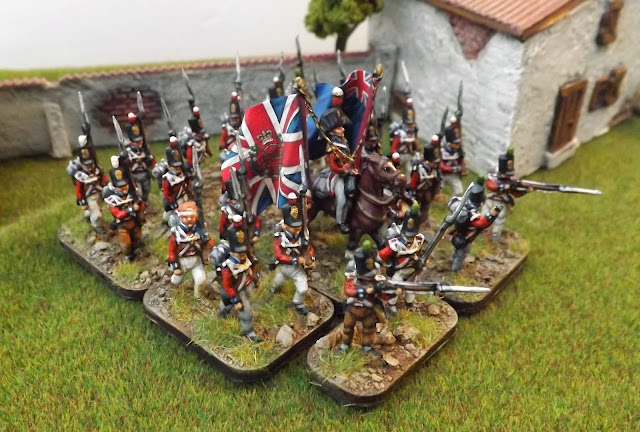 The battalion is not entirely Xan figures, and I have used the AB figures for the command base. The colours, as usual, are from the excellent range from GMB Flags. Links to all the suppliers I use are listed under the links tab. 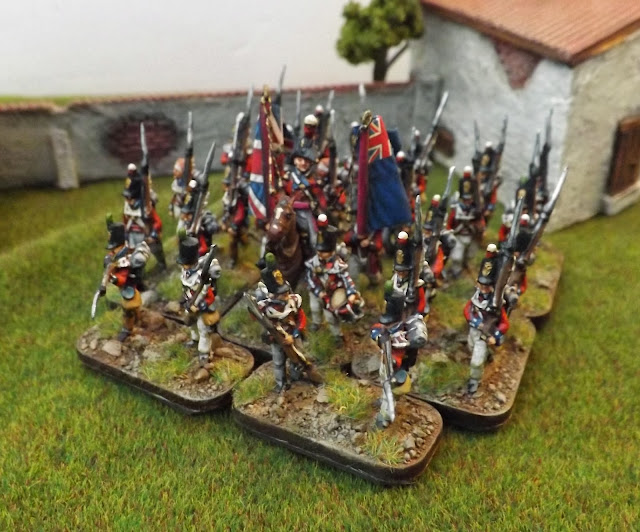 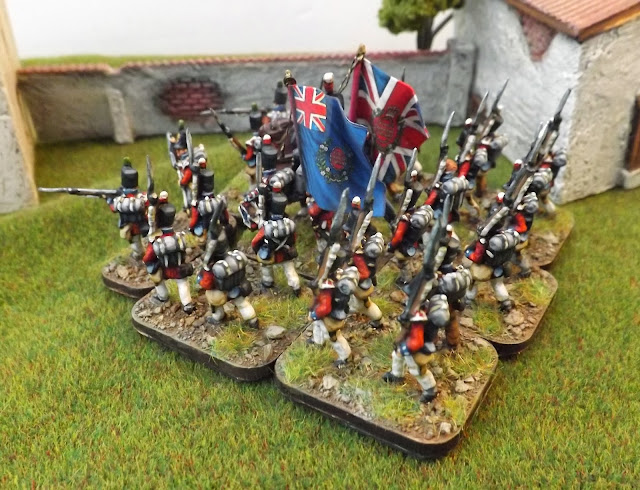 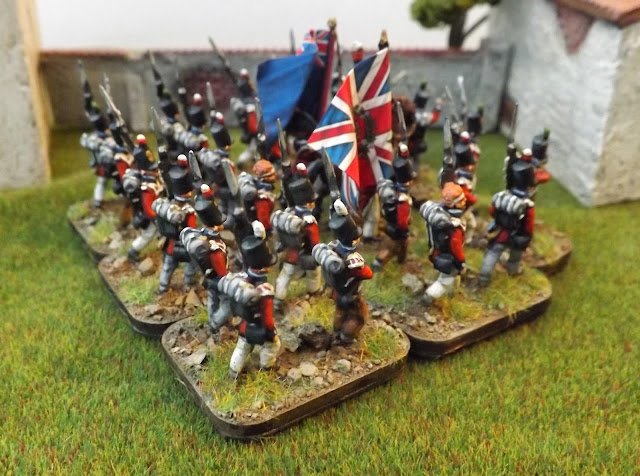