Back in May 2012, I picked up some 28mm Viking fishing boats from Dreamholme Scenics at the Legionary Show in Exeter. I've had these models sitting in the box waiting to be turned into Oporto wine barges ready for next years game. 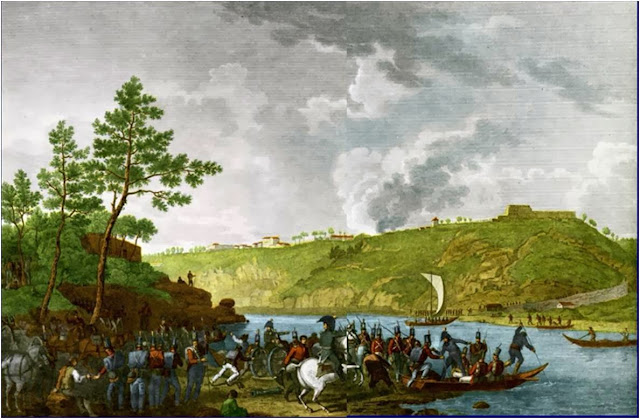 The pictures from the period give a great perspective on how the British troops that made the crossing of the Douro might have appeared in these ungainly assault craft. A trawling of the web provides plenty of examples to use as a template for any scratch builder. 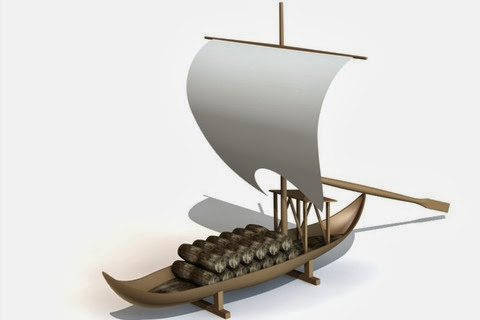 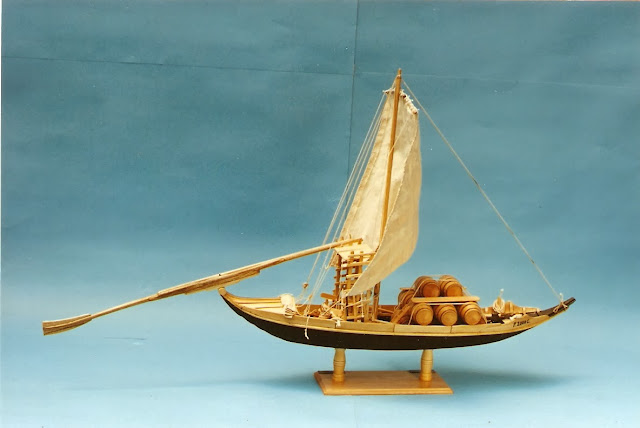 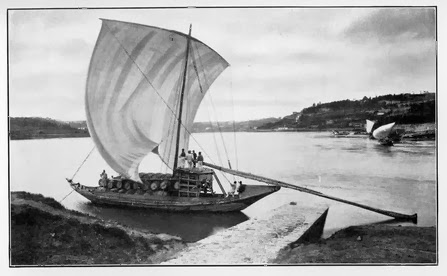 So this morning I decided to break up the production of the final battalions that will make up the armies for this scenario by setting to work on the first of my model boats. I've included a few seated British infantry from the AB landing party range of figures to illustrate the scale of these boats. 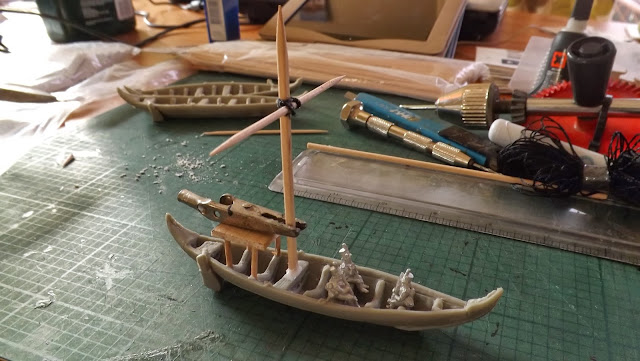 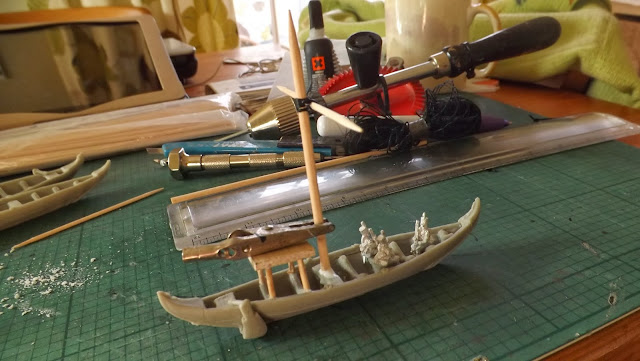 With the addition of a few officers with telescopes on the stand by the tiller and some naval chaps with ropes and the odd barrel, these should pass muster for the game as they are used to indicate when British reinforcements are in transit from one bank to the other. 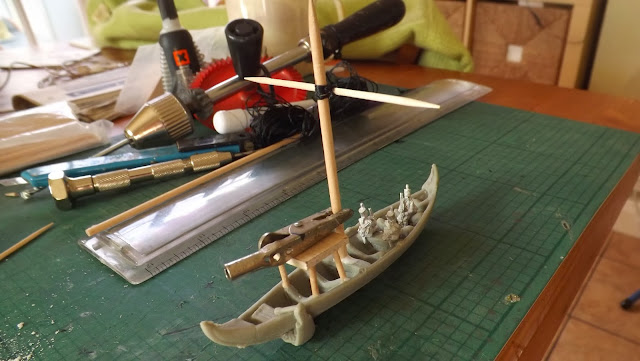 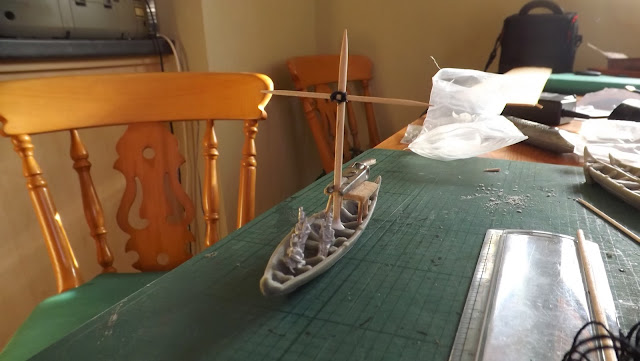 Next up Vimiero Part Two.
Posted by carojon at 03:12