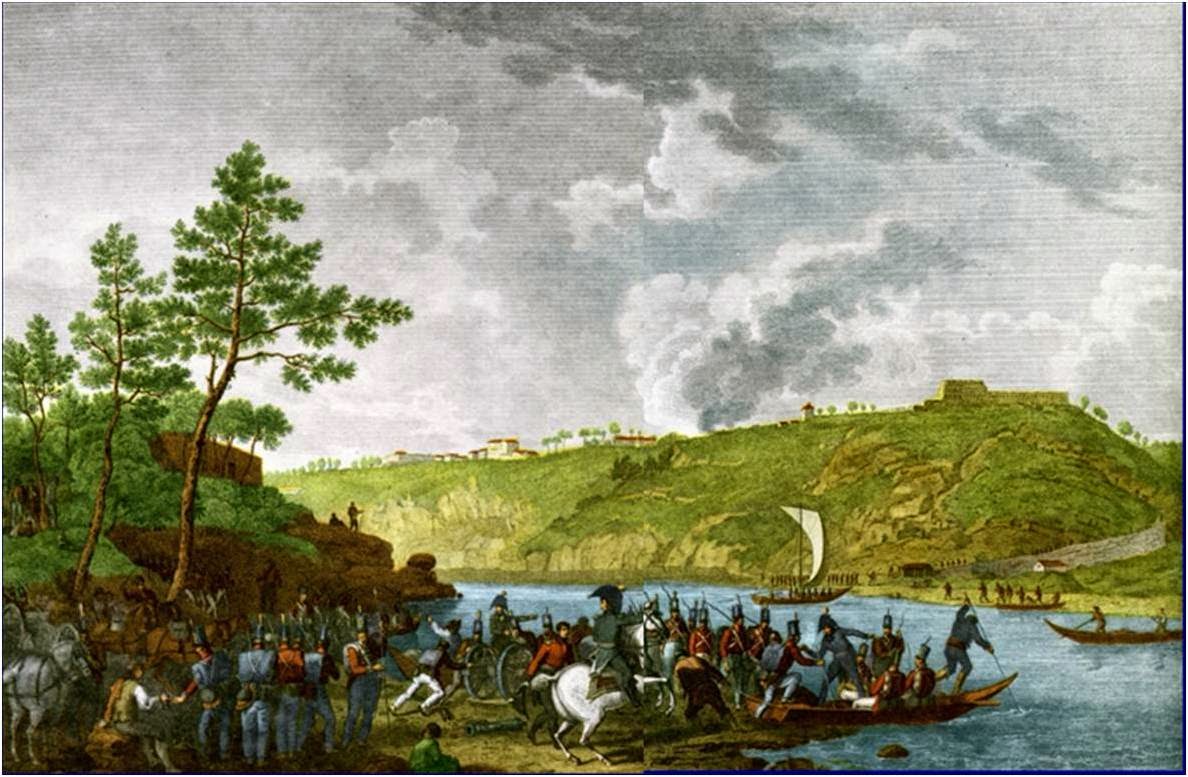 So with all the major units completed, I can now turn my attention to finishing off the table. All the buildings except one very important one are now done and the townscape is able to be laid out. The internal roads and squares will have some cobbled areas added and my warehouse area at the edge of town bordering the cliff edge will get some barrels and goods stacked about to indicate that it is a trade area of town 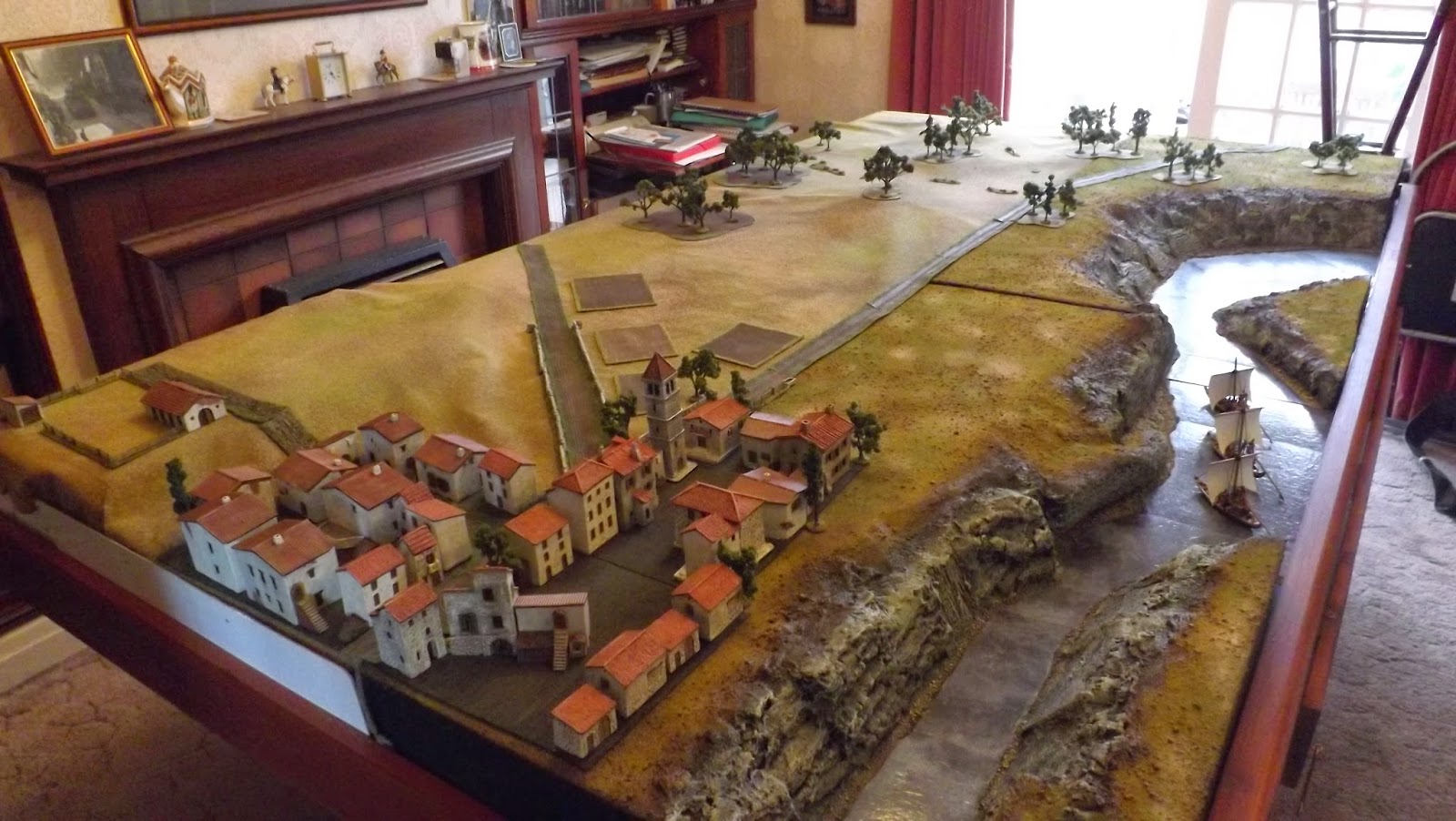 The Oporto tower, I completed earlier, forms a nice centre piece for the initial French garrison and will indicate General Foy's HQ acting as a suitable high lookout point from where he will spot the initial British troops landing and from where his dispatch will start from to warn Marshal Soult of the British assault. I am really pleased that it has the same aspect as the picture at the top of the post, it's there if you look hard.

A question came up in one of the previous posts about the table as to where the British gun batteries would be placed. Trust me when I say that they will sit nicely on the rocky prominence facing the town and be in medium range to support British troops across the river. 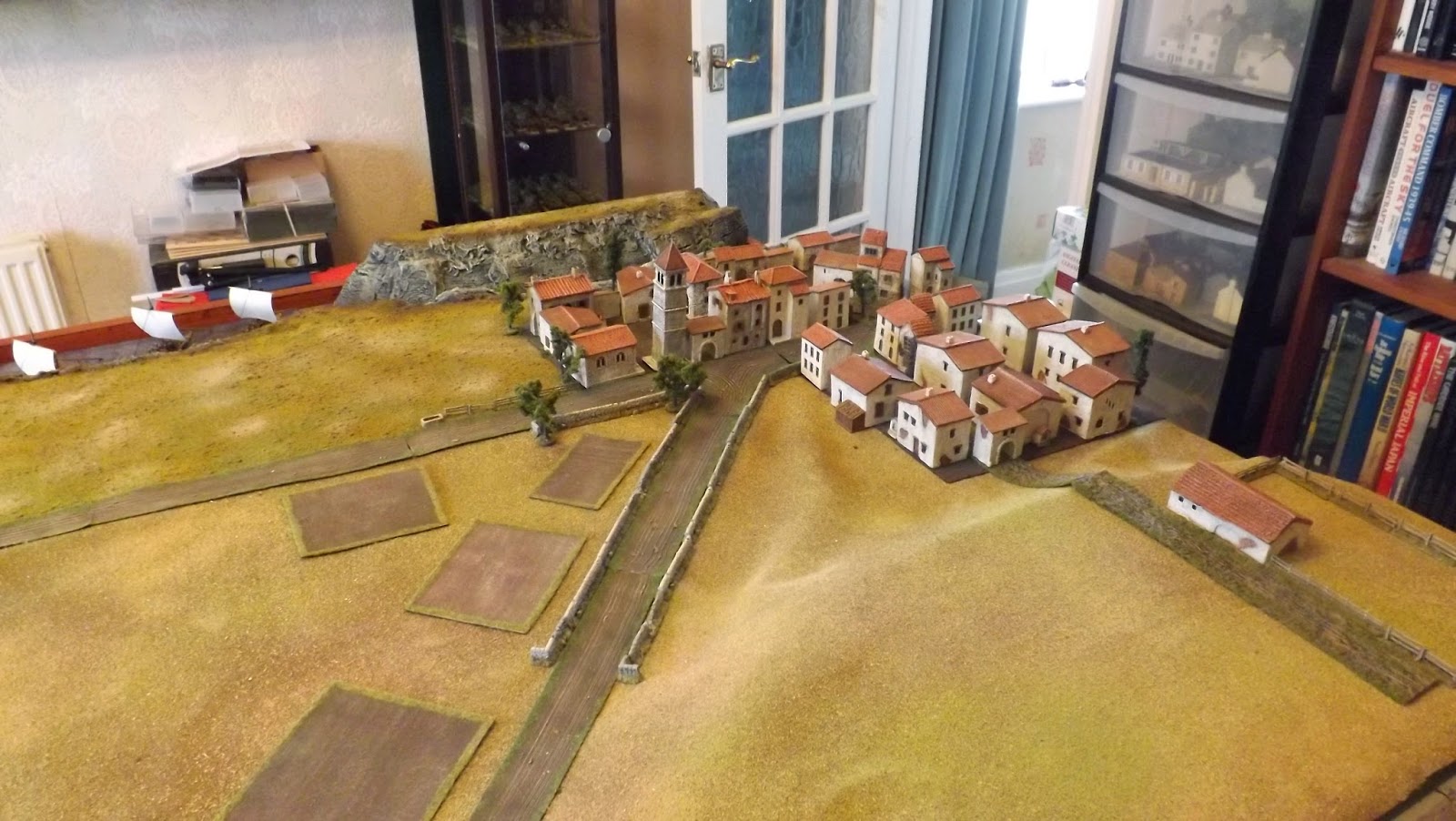 Of course there is one major omission from the table, namely the Bishops Seminary and its walled garden on the outskirts of town, of which I will post later. Hopefully, this weekend I can get on with some more woods and walls, plus a few Portuguese skirmishers. 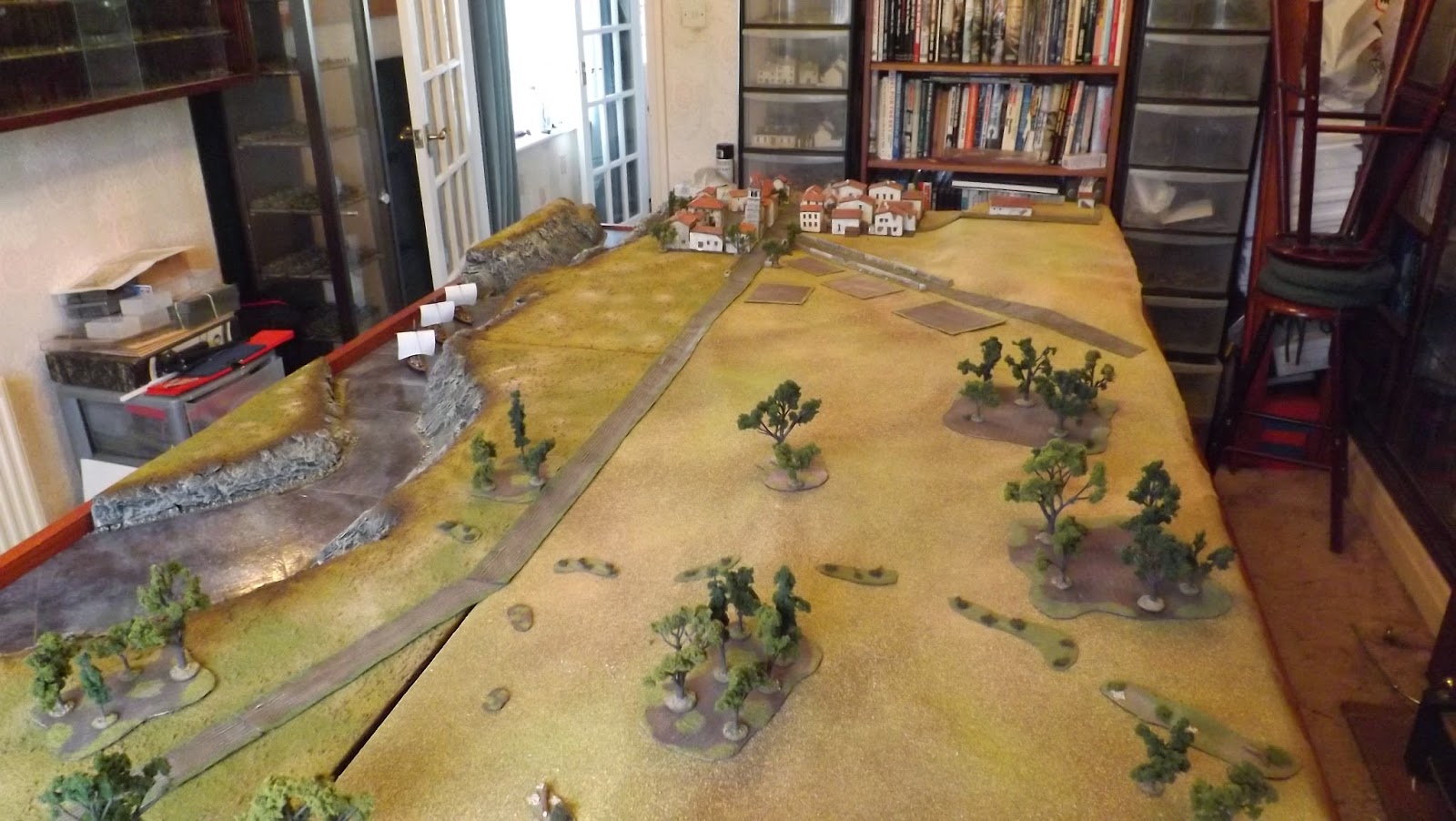 One peculiar fact escaped my attention during the run in to completing this project. That being, next month is the 205th anniversary of the battle taking place on the 12th May 1809. Frankly I am amazed it didn't occur to me earlier, but I guess that just shows there are a lot of things going on in my life at the moment and that particular fact just came to me in the last few days. So, I thought I would try and run this game first time as near to the anniversary as possible, which as the 12th falls on a Monday (a day of work, sadly) will be the Sunday the 11th. No pressure then!!
Posted by carojon at 11:50