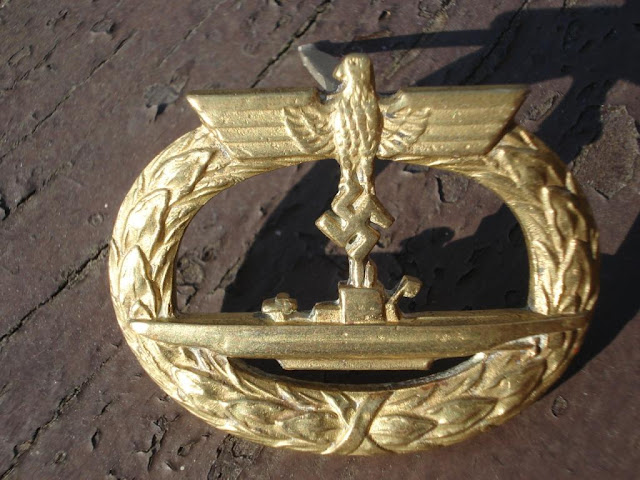 In response to my post about the collection at the Royal Navy Submarine Museum in Gosport, 'Mr Steve' mentioned that he thought he had a U-boat War badge somewhere in his treasure box, where ever that was.

Well, having rummaged high and low, he found it!

If this is an original and not a replica then it appears to be a mid-late war badge. Whatever its origins it is a nice thing to have in the treasure box.

Thanks for sharing Steve. 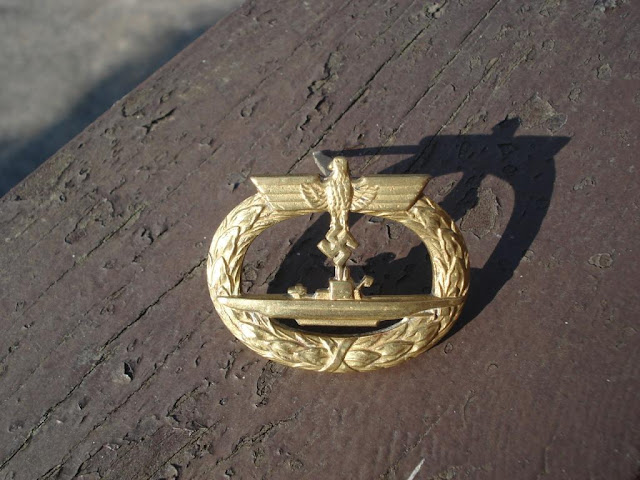