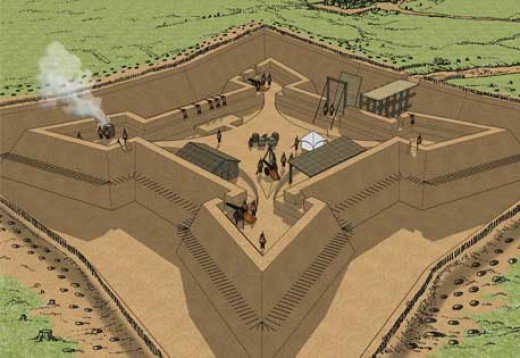 The Queen's Sconce is an English Civil War Star Fort constructed in 1644 as part of the Royalist defence works surrounding the town of Newark.

As part of our weekend away at Wargames Foundry and Partizan a group of us decided to head out from Lincoln on Sunday morning to visit the sconce before heading off to the show. 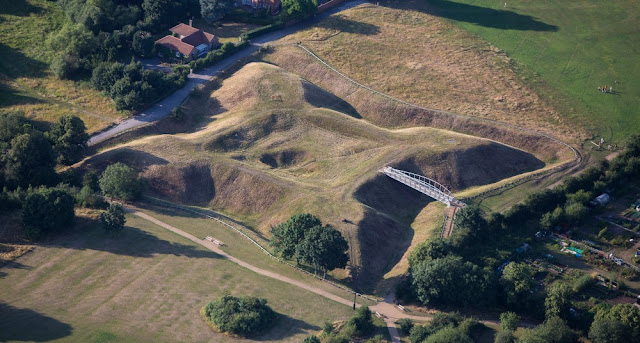 The Sunday was a perfect day to head down to the suitably named Devon Park, named after the River Devon that flows close by rather than our home county, as the torrential rain on Saturday had given way to sunshine.

The town of Newark was strategically important for its position astride the crossroads of the Great North Road and the Fosse Way that ran north-south and east-west through the English countryside and was also a key local centre for bread making and the production of gunpowder. 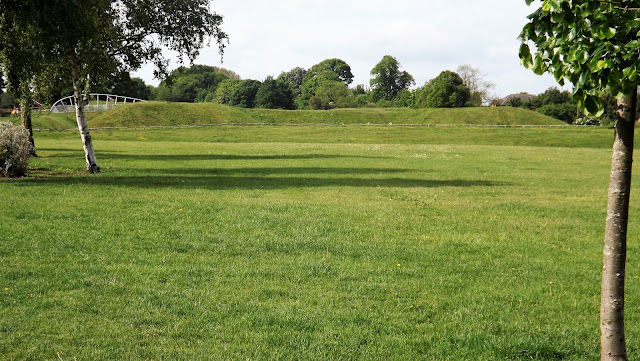 Named after Queen Henrietta, the sconce was built on high ground south of the town perfectly situated to cover the approaches via the Fosse Way over the crossing of the River Devon and also preventing the ground to be used by attacking Parliamentary forces intent on bombarding the town. 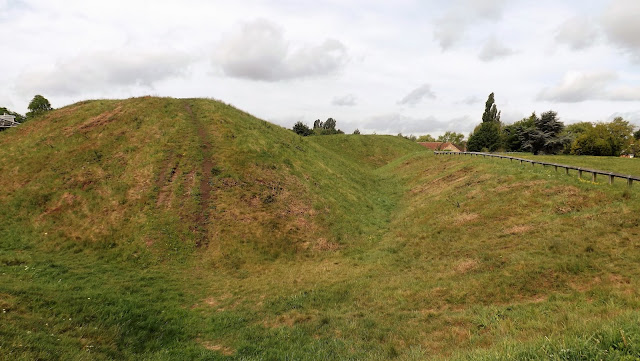 The earth ramparts and ditch still present a formidable obstacle despite their gradual erosion over the intervening centuries and are easily visualised steeper and deeper with projecting wooden stakes designed to impede any attempt at assault. 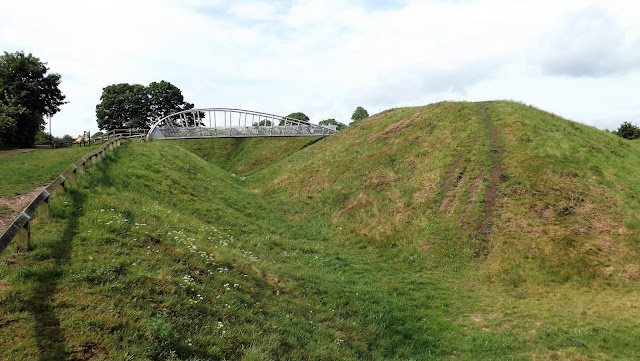 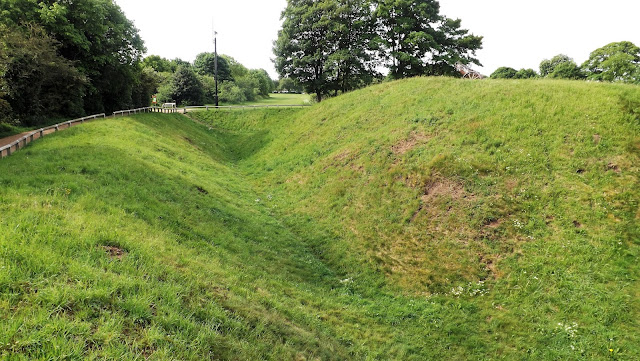 Perfectly designed to soak up or deflect round shot whilst providing vantage points for internal artillery and musket fire able to enfilade any attacking infantry the whole earthwork covers an area of slightly more than three acres with a thirty foot wide ditch up to fifteen feet deep.

Constructed from local river gravel and probably strengthened with timber posts, the sconce has an internal area about three-hundred feet across and would possibly have protected internal buildings to house the garrison, anywhere between twenty to one hundred and fifty men as circumstances dictated, and magazines for the ammunition needed to supply the four to five cannon positioned one in each arrow head bastion, with an extra gun positioned to cover the southern approaches.

Besieged on three occasions, it was the second attempt that revealed weaknesses in the town's defences leading to the construction of the King's and Queen's Sconces (see the map above of the towns defences).


The defences may have been bolstered after the second siege but Parliamentary determination to take it still persisted leading to the third and final siege in November 1646 when a combined Parliamentary and Scots army of about 16,000 men arrived before the town after reducing the Royalist strongholds in the surrounding countryside.

The Royalists with less than 2,000 men ran a spirited defence, launching raids on the besiegers through the winter of 1645-46, but into the spring the Parliamentary forces damned local rivers to stop the flour mills production and with that and the complete encirclement of the town gradually reduced the garrison and townsfolk to starvation rations with the forced drawing of water from town wells.

As the stranglehold tightened the misery only increased with the outbreak of plague and the storming of the town looked imminent. It was then that Charles, forced to flee from Oxford by the approaching New Model Army, entered the Scottish camp on 5th May 1646 to surrender to them rather than Parliament, in a last ditch attempt to divide and conquer his enemies.

The Scots however were having none of the King's scheming and demanded that he order the immediate surrender of the town which he did and Newark surrendered the following day.

The surrender of Newark is seen as the effective end of the First Civil War. 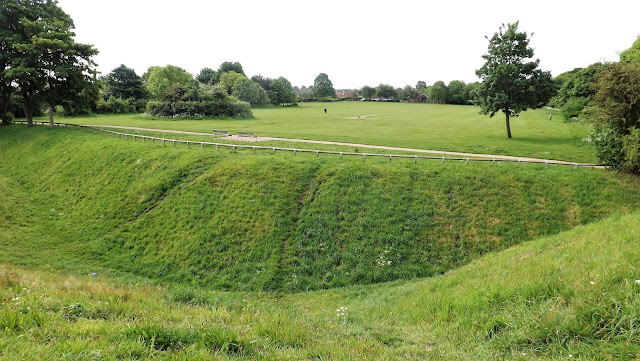 As with most Royalist supporting strongholds that caused Parliament the most problems their defences were very often ordered destroyed so as to prevent any further problems thereafter, and Newark was not exempt with the defences of the town ordered to be destroyed. 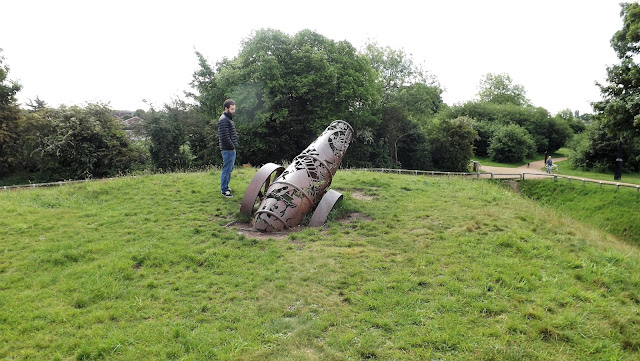 However we have the plague to thank for the survival of the Queen's Sconce as, with the Scottish army keen to head back north with their Royal captive and the Parliamentary troops keen to be away from the source of the outbreak, it was the few villagers and townsfolk who were left that had to carry out the dismantling of the defences.

Much reduced themselves in numbers by the losses suffered during the siege and by the subsequent plague there were very few people around to carry out the orders and we have been left the finest example of English Civil War fortifications to survive in the country.

I have never seen anything quite like the Queen's sconce, and it is a truly impressive piece of military engineering with a fascinating history and the visit really added to our weekend away.

Sources consulted for this post:
http://bcw-project.org/military/english-civil-war/midlands-and-east/newark-1646
http://www.nationalcivilwarcentre.com/explorewithus/
Posted by carojon at 01:10