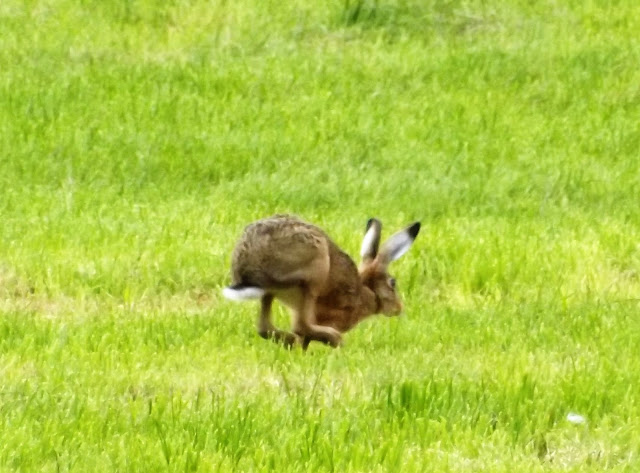 This summer in Holland we found ourselves using the standard mode of transport for the country a lot, namely the bike, which was great because Carolyn and I are keen cyclists.

In the two weeks of our holiday we reckon we must have cycled about 200 kilometres or about 124 miles in real money.

The beauty of travelling on a bike is you really get a chance to take in the beauty of the countryside and the natural fauna and wildlife with a bike allowing you to get close enough without them knowing you are there.

The Hare pictured here was one such case as we cycled out to Boxtel following the course of the River Dommel and immediately spotted those rather obvious ears and then the legs that so differentiate this creature from its cousin the common rabbit. 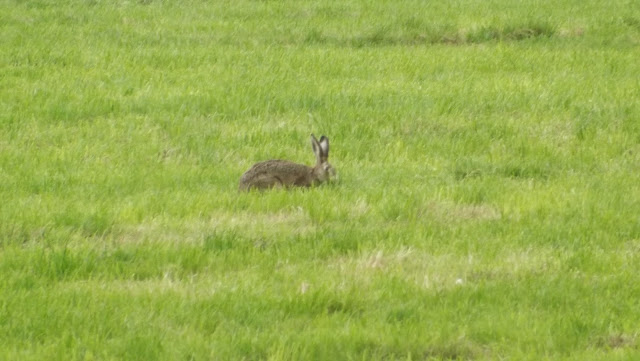 We don't get to see many hares in Devon so this was a real treat watching this chap enjoying his day on the banks of the Dommel. 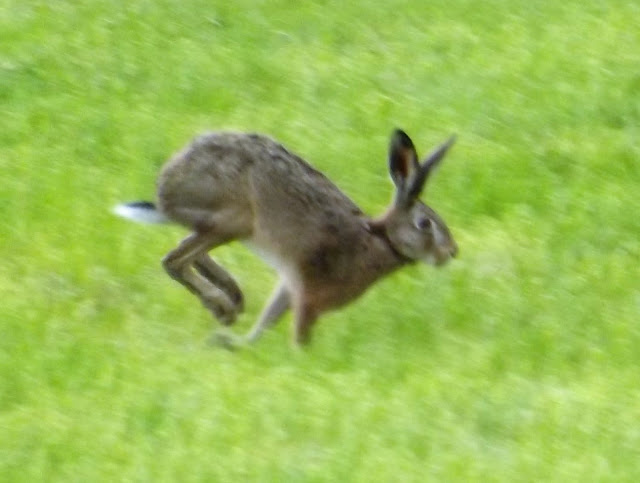 One thing we do have a lot of in Devon is the Heron and I never tire of watching these birds concentrating on catching fish and frogs. 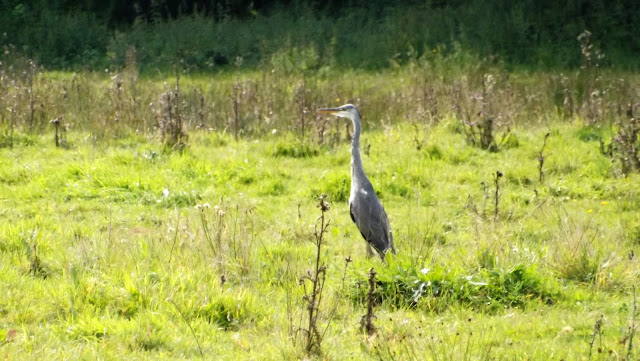 That spear like beak is perfect for the job of securing any slippery likely food and when they strike it is with lightning fast speed. 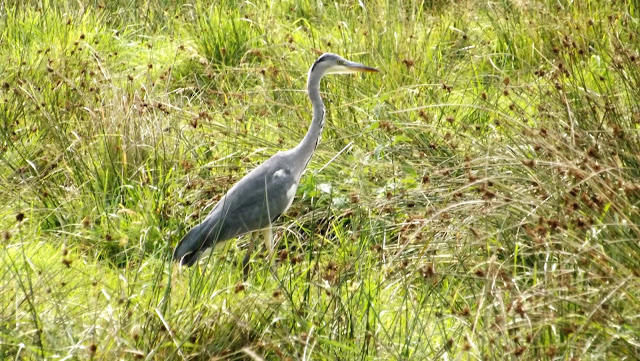 Another common waterway bird here and at home is the Great Crested Grebe often seen patrolling waterways with a keen eye on anything moving in the water.

Like the heron that dagger like beak indicates the Grebe is a fish catcher and will often be seen upending to dive below the surface in pursuit of its prey. 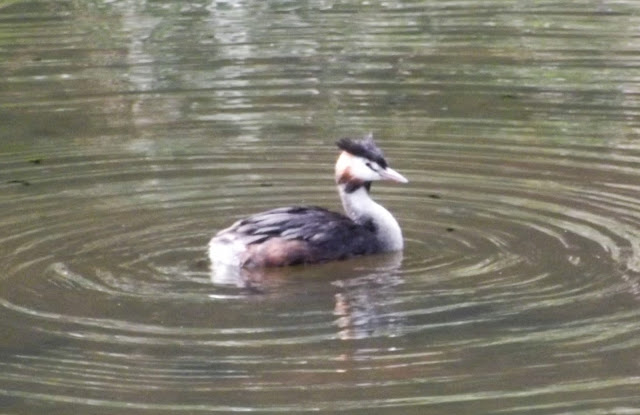 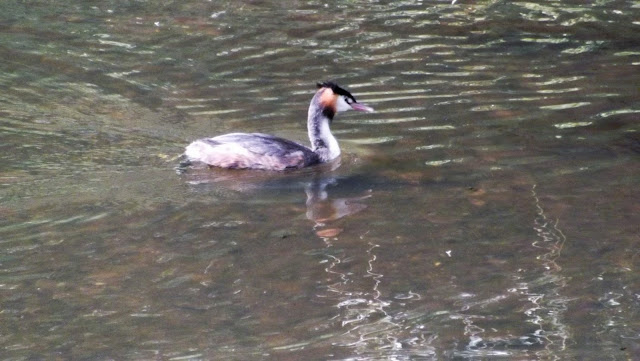 The chap pictured below was a bit of a surprise on our visit to Den Bosche and is definitely not part of the local wildlife, if certainly wild. 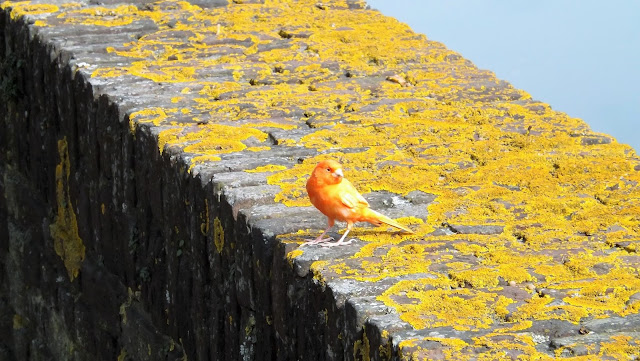 I would guess this is a particularly orange variety of Canary now out from his previous home and very tame as the proximity of these pictures might indicate. 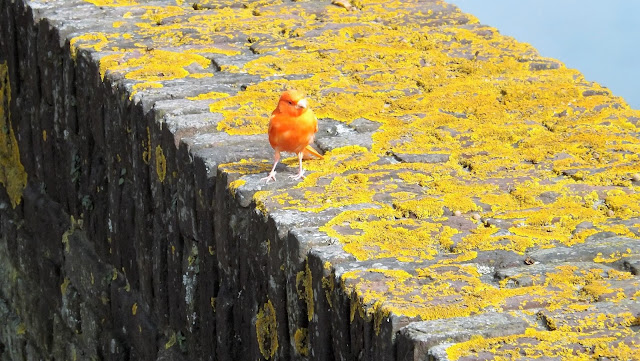 And finally, one creature I was very wary of getting too close to were these Hornets seen on a cycle ride out to the Son Bridge.

The butterfly on the tree gives a good idea of scale and that these chaps are a very big wasp indeed and definitely not to be annoyed in any way. 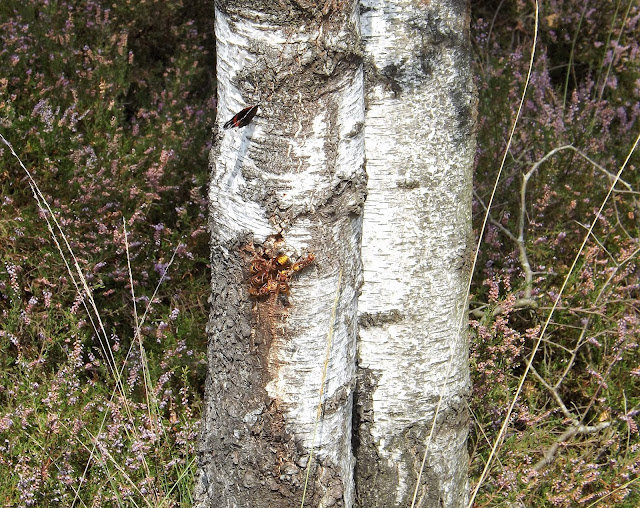 My eye was attracted when one of these chaps flew past my left shoulder whilst cycling, looking like a yellow tracer round as its yellow bullet shaped body passed close by. 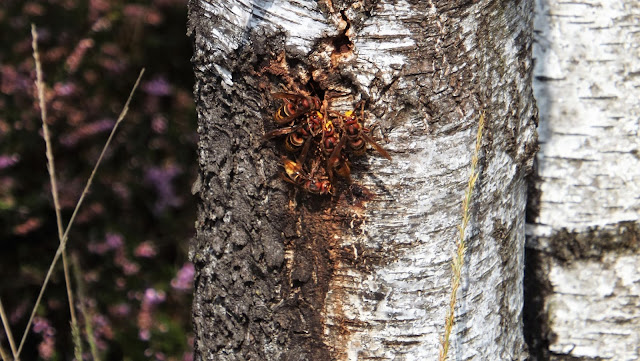 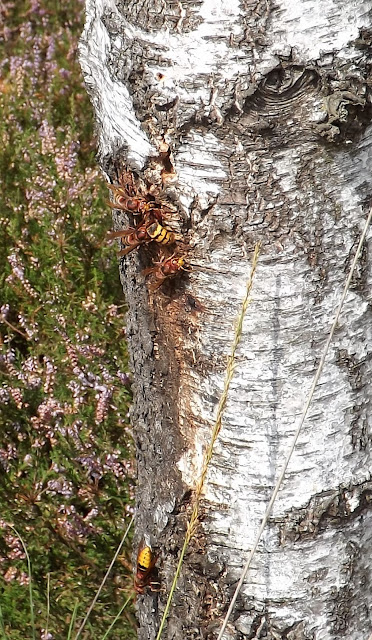 The hornet is a fearsome creature when seen close up and more so when he has a lot of his mates with him. 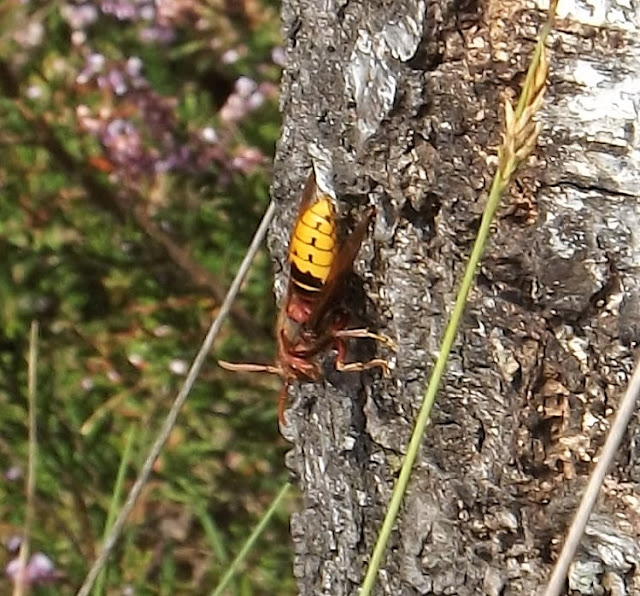 Next up, more Over the Hills playtests this time covering the 1808 period and more from Holland 2017 looking at the other Market Garden battle sites close to where we were staying.
Posted by carojon at 23:37