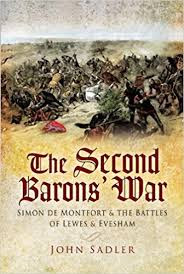 I bought this book along with some others as part of a special deal Pen & Sword were running recently because it’s a period that isn’t much written about outside of the odd magazine article.

Having visited Lewes during my Great Southern Tour a few years back travelling along the South Coast of England supposedly looking at all the Roman Saxon Shore Forts and Henry VIII’s later versions, I already had an interest in the subject. I remember staring out at yet more empty fields wondering if I was looking at the correct empty fields where the battle had taken place without realising that as normal there is some doubt over what happened where.

The book itself is not that long and although covering both battles and some of the history that goes with the war the author has padded it out a bit.

Chapter one is called Background of Arms and Men and explains what medieval warfare was like in this period together with descriptions of the armour, weapons and sieges; some of it is interesting but it doesn't warrant twenty-six pages.

Chapter 2: The reign of Henry III. Only thirteen pages long and covers Henry's father King John and the reasons why the barons where unhappy with current events, I would have liked to have seen more in this section. 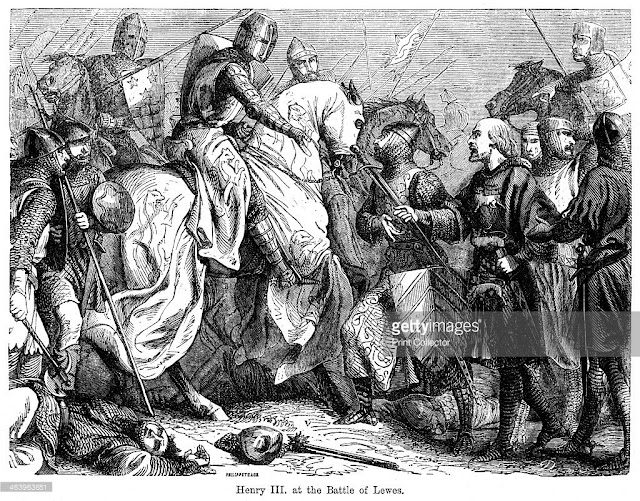 Chapters 3 and 4 cover the battle of Lewes, twenty-eight pages: here the author is on better form and does a good job describing the build up, forces concerned, pre-battle negotiations and then the battle itself. The possible battlefield options are discussed in this chapter and his conclusions are well thought through. 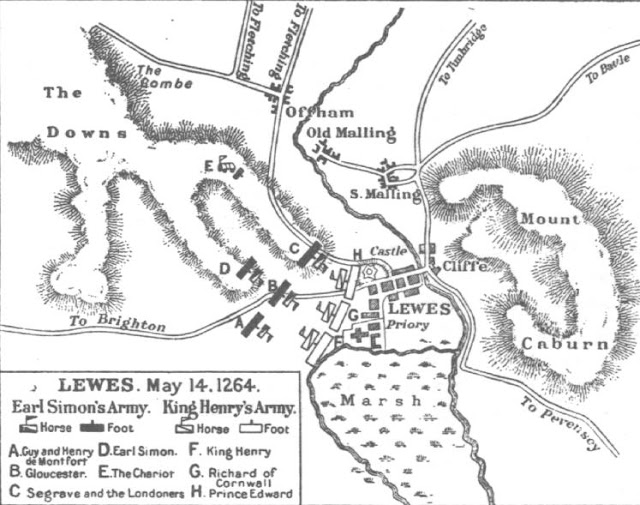 Chapters 5 and 6 Evesham: forty-one pages; again a good section covering both the campaign and the battle itself, there is conjecture on the dispositions and marching routes taken which the author addresses, his reasoning and conclusions are again very sound. This section also covers the attack on Simon’s son in Kenilworth. 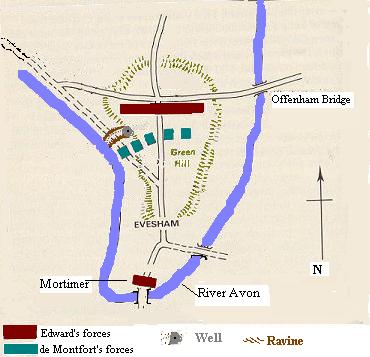 Chapter 7 Legacy: an eight page chapter which rounds up events after Evesham.

Appendix 1: Alternative Evesham: Another very short chapter discussing the popular alternatives to what happened and the author’s opinion on them.

Appendix 2 The Battlefield Trail: 6 pages with OS numbers and what to look out for, not really of much use. 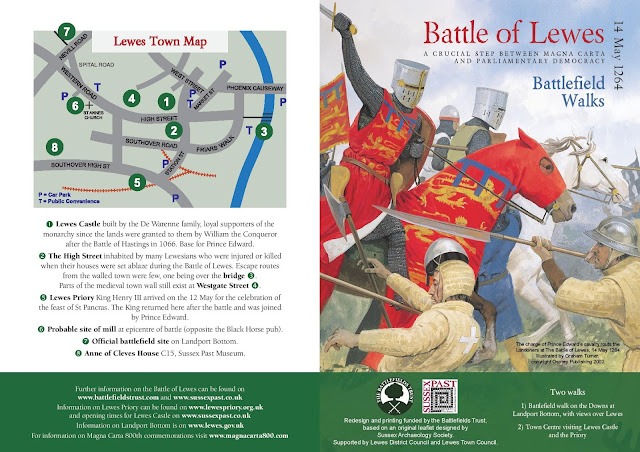 Appendix 3: Wargaming the Battles, four paragraphs: nice to see but totally useless. The book ends with a Glossary of terms including things such as Broadsword, Helm and Bolt.

Chapter Notes with some extra material included, I enjoy these types of notes rather than just the normal document references. which lets be honest I will never use but I do like extra information that expands on topics.

That is probably the shortest review I have done and I padded out the start.

It’s a mixed bag, the battles themselves are well done but there isn't really that much that the author can use to expand on, his best section is when he goes over the campaigns and his diagnosis of possible events which is very good. He first explains all the options, then gives the two main views held and explains his reason for why he chose what he did.

Outside of that the rest isn't that interesting, there are current day location photos and the sketch maps are OK.

As I said I bought this book as part of a deal and I paid around £15 for it, a week later it was on special offer for £8. If it’s still at £8 then its worth getting as there is not a lot else out there which covers this period. If Medieval Warfare ever does an issue on the Second Barons war then that might be a better idea.

Also I haven’t yet bought the new Osprey Campaign (£14.99) which covers these two battles so cannot give you a comparison. (I see Amazon have it in stock for £10.03)


Finally for the thousands of you out there wondering, Simon De Montfort was the younger son of Simon De Montfort of the Albigensian crusades fame for which an award winning review of a book covering his interesting life is available elsewhere on this blog.(Well I thought it was good)

JJ Note: Yes so did I and here is the link.
http://jjwargames.blogspot.co.uk/2017/02/kill-them-all-cathars-and-carnage-in.html

This has been a Mr Steve presentation
Posted by carojon at 09:36