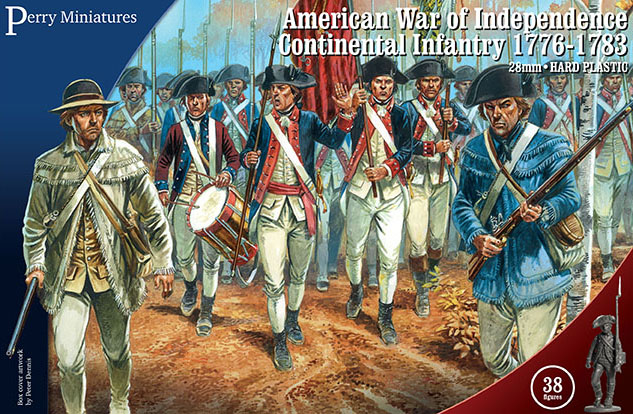 For the last few years now it has become a bit of a tradition at the Devon Wargames Group to run our December meeting as one game in which the whole club are invited to get involved.

The chosen theme is usually based on a core of collections held within the club and any extras are generally added to by those happy to get some required figures put together.

Given the festive month the game is usually accompanied by suitable beverages and rations to keep the army going when most other forces are tucked up in winter quarters. 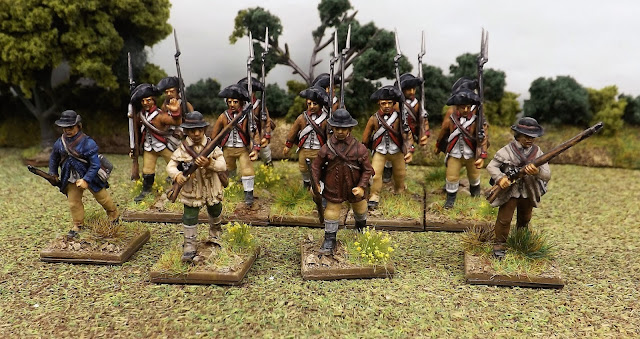 This year's theme is the American War of Independence or American Revolution, depending on your side of the pond with a scenario loosely based on the Battle of Oriskany fought in 1777 during the Saratoga campaign, using Muskets & Tomahawks as they always give a good game when there are lots of players involved. 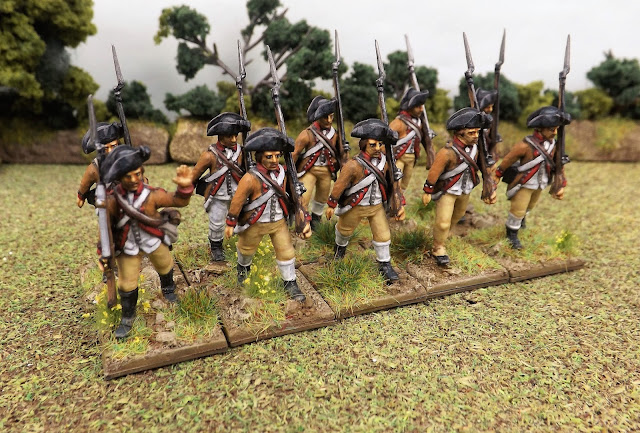 I don't have an AWI collection since I sold my 15mm stuff to Steve M, but I have a plan to return to this favourite period using 28mm Perry plastics built around Sam Mustafa's 'Maurice'.

My original plan was to supply terrain as my contribution to this year's game, but two things determined my mind to do some figures as well; firstly that the club needs as many American infantry it can get for the game and secondly this year's game is the first renamed in honour of an old wargaming mate no longer with us, hence the Gus Murchie Memorial game which will now be our traditional year end big game.


Those who read my post about Warfare this November will have seen that I picked up a box of the Perry plastics and, keeping a battalion sized group aside for my Maurice plans, I practised painting these chaps as my small contribution for next weekend's game. 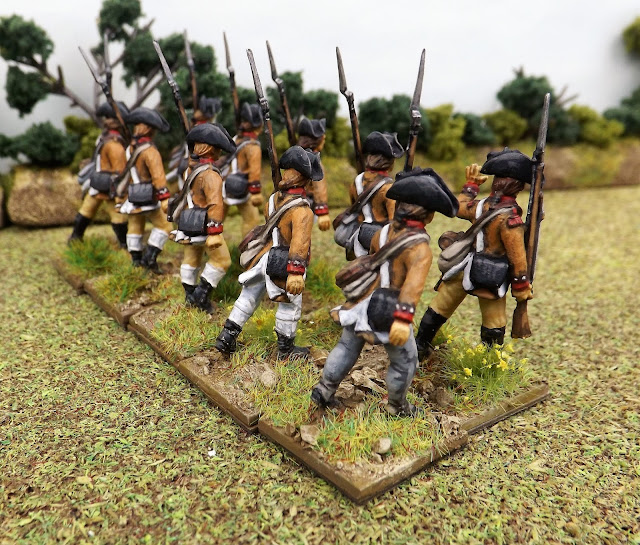 The Continental squad led by their sergeant are based on the 12th Massachusetts Regiment or 18th Continentals.

The regiment was raised in 1775 by Colonel Edmund Phinney near Boston, Massachusetts, seeing action at Bunker Hill, Valcour Island, Saratoga and Monmouth, disbanding at West Point, New York in 1781, so make a worthy unit to field for our game. 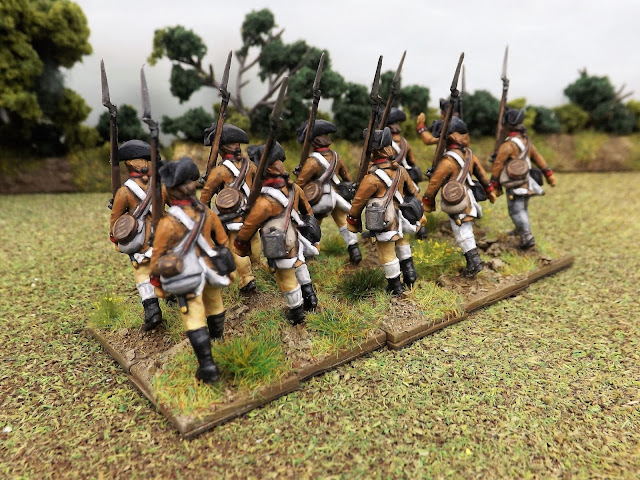 I have never worked with these figures before but found them great fun to put together and paint and with a bigger unit of twenty-four figures including a command group and a few hunting shirts mixed in would make a very attractive Maurice unit. 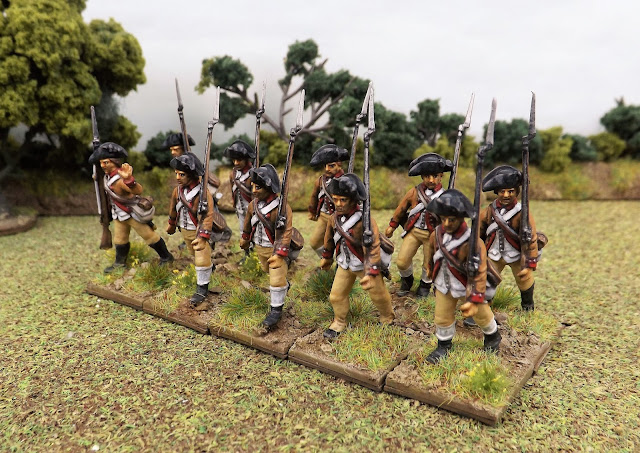 The box also comes with sprue and head options to put together American riflemen of the period and Muskets &Tomahawks allows units of just four of these chaps, so I thought I would add them in to complete my little force. 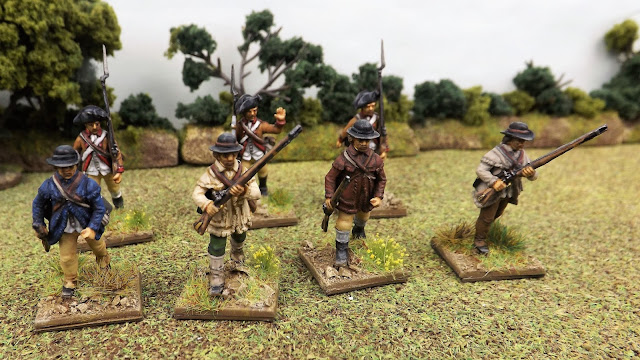 These made a nice little diversion from the Dark Ages but with my Viking Hirdmen glowering at me from the paint desk I am back to getting that collection done whilst making plans for future ones - don't you just love this hobby? 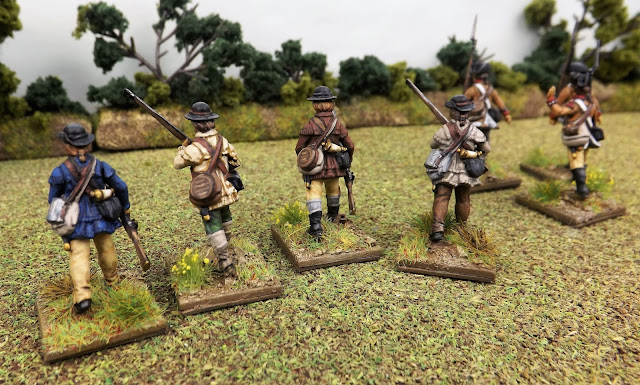 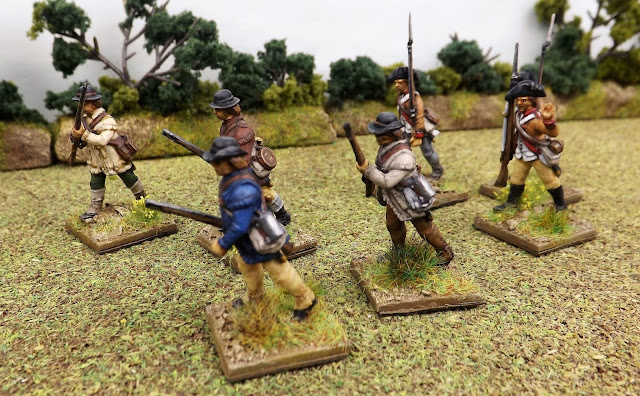 Lots of stuff to come with another Over the Hills play-test report, another book review and more from Holland 2017.