The recent game of Augustus to Aurelian (AtoA) between Will and myself over the Xmas break, revealed my glaring need to get on and produce some specialised command bases to enable my respective commanders to be easily identified on the table as and when their respective command chits were drawn as well as allowing me to easily identify a particular commander possessing specific traits and the orders they were operating under at any given time.

The picture below shows part of the action from our Xmas game and the Roman commander in the bottom right corner can be seen with his command markers in tow and all rather scruffy and inefficient.


So following that game I made a mental note to start really looking for a better alternative and then remembered seeing some command sabot bases designed by Michael Scott at Supreme Littleness Designs and being used for a Sharp Practice II collection, a game that is similarly driven by a card or chit drawn method.

I however was after a larger design for my sabots to enable my 50mm, 60mm and 70mm diameter bases to be successfully accommodated and with the space offered at the back to succinctly contain all the game data and identification that I wanted them to hold.


The first part of the design was relatively simple and Michael confirmed that he could cut the same design to the sizes I required and once they arrived I then had to think about the method to include my game data.

On the other corner I simply placed a 1.5 cm square piece of steel paper that allows me to affix the commander portrait under which I can also affix the order chit he would be operating under during the game.

Once the marker numbers were printed I sprayed them with some matt varnish to protect the ink and once affixed on the bases gave them and added coat of gloss varnish to seal them. 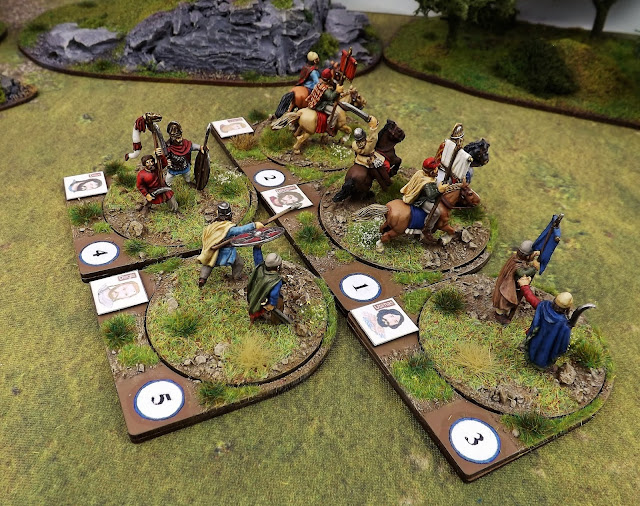 To soften the overall look I decided to cover the marker areas with masking tape before terraining the sabots around the edges and in between the portraits and identity numbers, thus creating a clearly delineated space to allow the markers to stand out and be easily seen. 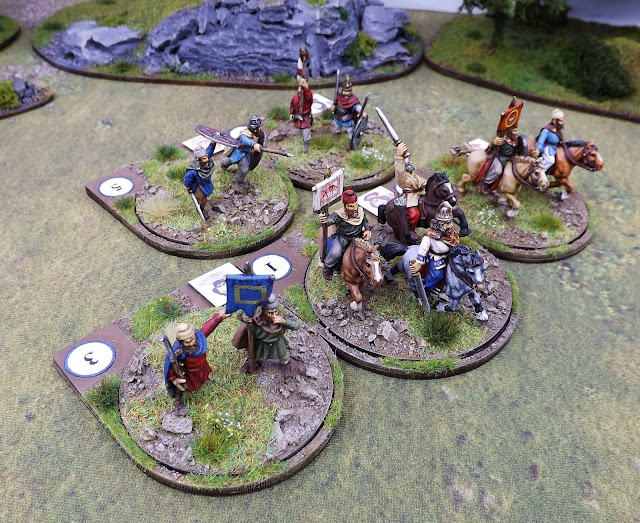 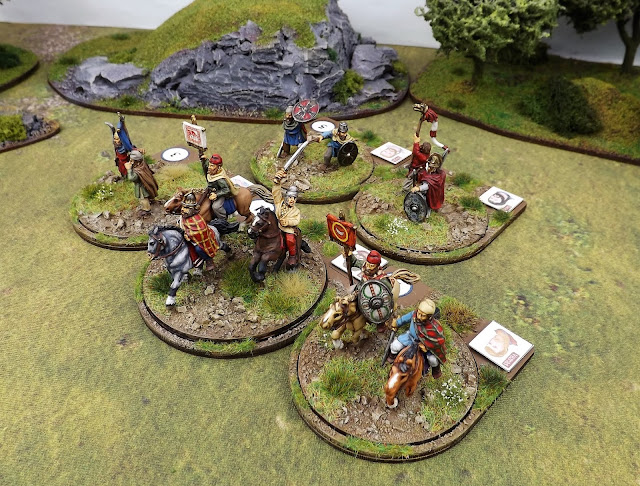 In the end these marked up bases are a bit of a compromise as you don't want  the eye drawn away from the figures but you do want to be able to see who is who when playing the game.


I am happy that these new bases strike the balance for me and are the best solution I have come up with so far, complimenting the look of the game chits as well. 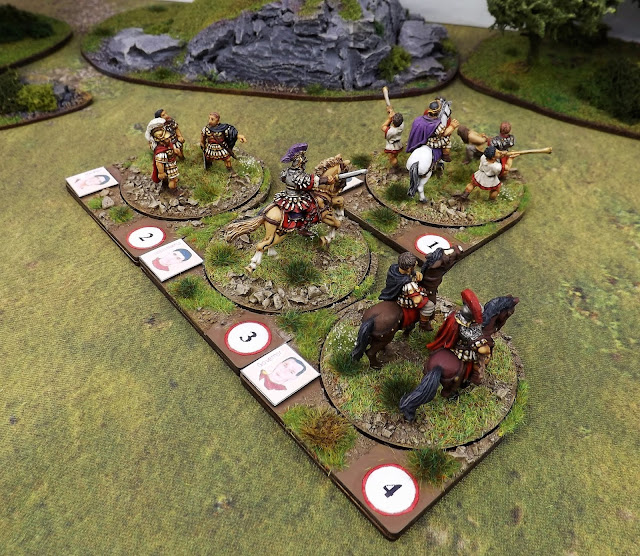 The commander portraits are also the same markers used in the campaign system that I am currently playtesting with Steve that will allow a simple transfer of commander identities from the map game to the tabletop, more on that later. 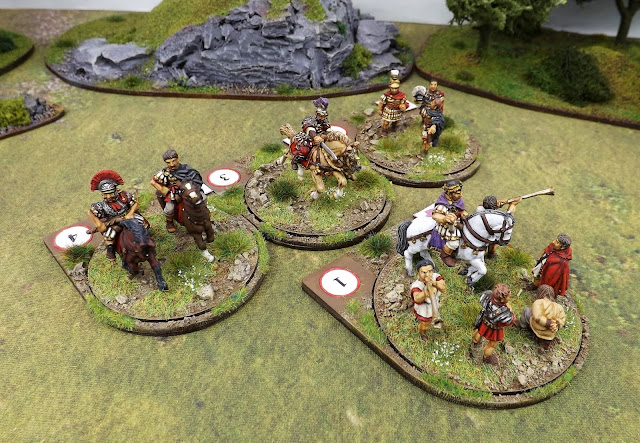 Also not shown in these pictures are my 50mm bases that I have in reserve for the junior commanders, Level I Magnus Viri, as they are called in AtoA, examples of these being leaders of warbands or primus pilus with the legionary eagle who offer a command bonus at the unit level and for which I will in time produce some bases to act as these junior commanders. 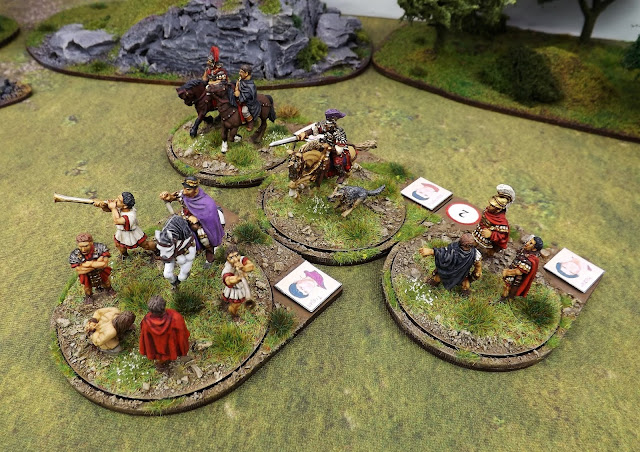 So that takes care of the commanders and next it will be back to the units with work commenced on Dacian Warband number seven.