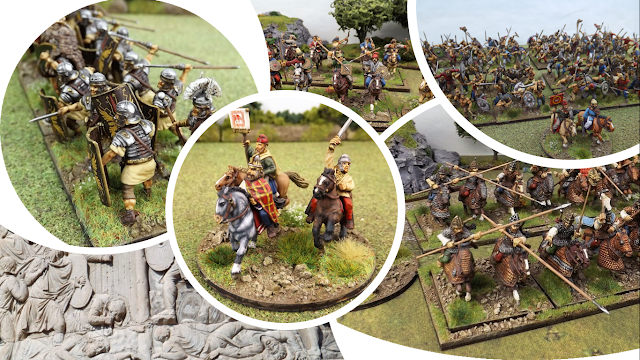 With the new year well and truly under way I thought it would be of interest to outline where we are with the Romano-Dacian collection and my future plans for this year and on into 2020 as I develop the ancient collection as a whole going forward.

The last time I took time to take stock of where the collection had progressed to was back in September last year with my video clip looking at units added and some of the main reference sources I was using in that build process.

In this update my video clip takes more of a look at the current state of the collection with the most recent additions of Sarmatian cavalry units and new sabot command bases and then mentioning the goals of what total numbers of units I have in mind that will see the collections completed.

I immediately here voices in my mind with the end of that last sentence.

'Completed!! A collection is never completed as you can always find an excuse for adding that particular new range of models or a peculiar unit that you always intended to get around to at some stage and well now seems as good a time as any."

By completed, I mean the planned collection will be done and will be wide and varied enough to allow for the games I have in mind to produce and be played.


So at the time of writing the collection stands at the following position and equates to about a year's worth of work, not allowing for the fact that I am now able to devote far more time to my hobby that was the case in this previous period: 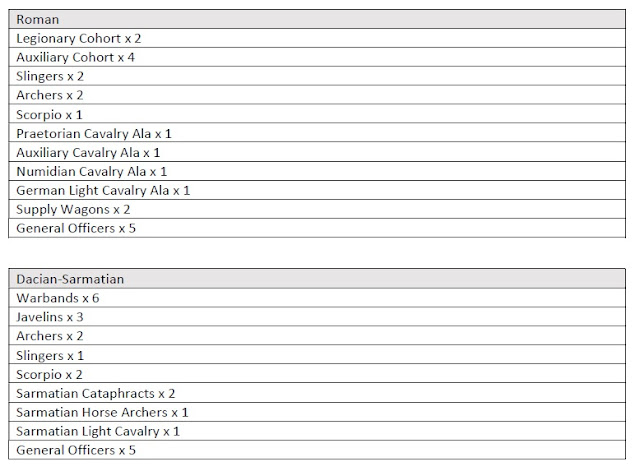 Alongside the figure collection, the terrain collection has been constructed consisting of new scatter terrain pieces with a new collection of trees, fortifications including city walls, a marching camp, river sections and roads and new modular hills.

So the last twelve months has seen a good start to the project and a solid foundation of work to be built on in this year with three units already added since January with a unit of Sarmatian Cataphracts and two of light cavalry.


In addition this first stage has allowed the first couple of games to be played running the 'Hold the Pass' scenario from the Warlord Games Hail Caesar Dacian Campaign Book which is giving a focus to the build project in that I am adding units which will gradually allow more scenarios to be played from that collection whilst adding more units overall which will allow other games to be played going forward.

OK then, what does the plan look like for this year and what will the collection look like when its done? 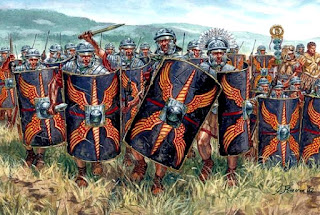 The Romans form the core of the collection as they will fight all my other factions as well as themselves hence I have acquired double the number of units to allow some civil war actions.

The Romans are also straight-forward to paint and assemble in that the small cohorts, only eighteen figures compared with a thirty-eight figure warband means I can turn them out fairly speedily in comparison to my barbarian armies.

Finally in addition to civil war you can play out the odd revolt, such as the Batavian uprising in the 1st century that allows those auxiliaries to team up with German warbands producing yet another variation on a theme.

All the units are assembled and ready to be painted and produced together with their shield decals and I have some heavy artillery units ready to stage the siege games with my wall sections that I have in mind. 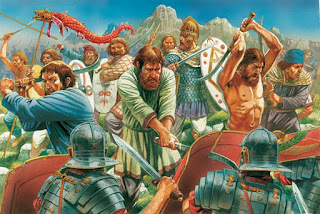 The Dacian horde is at the halfway stage with work completed so far and the first half of this year will be focused on bringing this collection to a conclusion with the addition of several units from the Sarmatians detailed below.

The number of completed units shows the progress made here and the work planned is staged in such a way to allow an ever increasing choice of scenarios to be played s the collection grows, which aligns with my general philosophy to collection building in turning out units that facilitates that core principal. 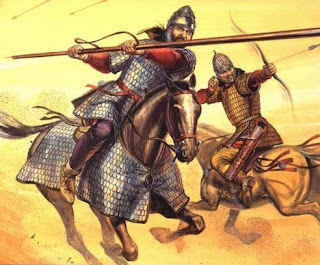 Work commenced on the Sarmatian part of the collection in December last year and that experience has allowed me to gauge how long the rest of them will take to complete.

My experience in putting these few units together shows that these cavalry based forces, and I include a future plan to build Parthians in that description, are a relatively fast collection to put together because of the size of units, eights and sixes, needed to be constructed and I expect to have this collection nearing completion early next year after the Romans and Dacians. 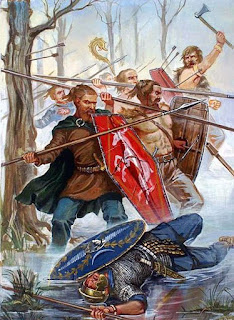 The Germans will be my next big warband collection and with units such as some of the cavalry and light troops interchangeable with my Dacians and with a few German warbands planned to be built to allow for Foederati units to work alongside the Romans, plus some German allies cooperating with the Dacians I expect to start work on some of these units at the back end of this year, with the core of the collection coming together in 2020.

The figures are assembled and ready to be built into units as and when so the move from Dacian warbands to German ones should be fairly seamless and there should be a steady flow of these big figure groups coming off my desk in the foreseeable. 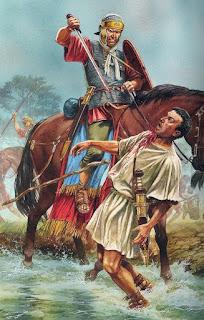 The final part of the ancient collection will not require much additional work other than perhaps some interesting command bases to capture the look of this rebel force combining my Roman and German collections, by which stage I will be very much turning my mind to the Britons, another twelve warband force, and Parthians, similar in scope to the Sarmatian force, where I intend to draw a line under the Principate but with six quite different factions put together to allow for games covering about two hundred years of the Imperial Empire - what fun!

This review then forms my painting and modelling focus for the best part of this and next year and I hope to produce some interesting games as it grows alongside other features that will look at additions to the terrain collection and other associated modelling ideas.