Thus with face to face gaming on hold for the foreseeable I turned to other ways to get my gaming fix which resulted in me digging out the Vassal collection of boardgame modules to help fill the time, first with a solo game module of Tonnage Wars recreating the U-boat war against Atlantic convoys and then setting up a regular Tuesday night meet up with Steve M to see how practical the online platform was to use for some remote play.
Well since getting to grips with Columbia's War of 1812 back in March our adventures with this platform have really gathered pace since, with the following favourites played and reported here on the blog, captured in the collage of screen shots taken from our games this year.

With a change in the weather and the warm summer sun, infections rates dropped dramatically and movement restrictions relaxed allowing some of the usual outdoor activities normally covered here on the blog to resume.
I have been really keen to explore some of the many Neolithic-Iron-Age historical monuments on Dartmoor and to get more familiar with using my ViewRanger walking app carried on my phone and it was great fun exploring the moor this summer.

Alongside the Dartmoor expeditions I managed to get some historic sites walked this year that saw a visit to the Froward Point WWII gun battery that guarded the approach to the naval base at Dartmouth during the war.

Also Mr Steve and I were able to meet up to take advantage of the summer sun with visits to Lansdown Hill and Tewkesbury together with several other interesting sites close by.

Another area to gain from the forced confinement was the amount of figure painting time that saw a few 28mm additions completed alongside the bulk of work that concentrated on the All at Sea project to produce a rather large collection of Age of Sail 1:700th ships.

Building, painting and rigging these models has been great fun and a very enjoyable way to spend my time and these imposing models really reward the effort put into them with the way thay can look that really captures the elegance of these classic ships. 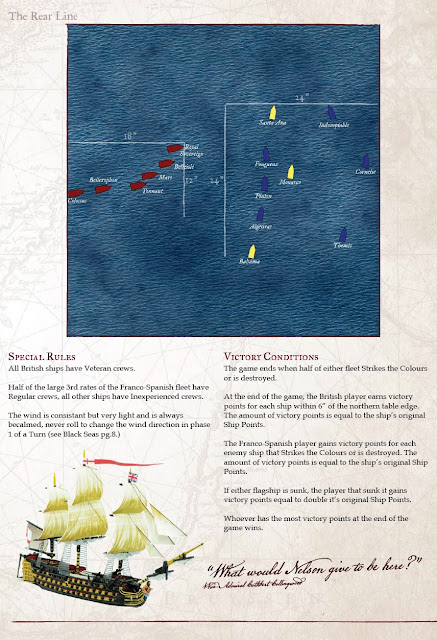 I have all the models including the named ones to recreate this action recreating the attack by Vice Admiral Cuthbert Collingwood's Leeward Column and his first group of ships and have made some changes to my record sheets following the playtests this year to produce the required orders of battle.
In addition to that I have been finishing off the first re-write of the War by Sail QRF which includes some of the alterations we made to the rules during our games which I will use for this warm up game.
So to wet the appetite of the games to come and some of the work I intend to do as part of the warm up work I have attached pictures of the set up for the Leeward Line Scenario ready to work on over the next few days.
With my recent boardgame activity I have been following the work of game designer Gilbert Collins on his YouTube channel where he looks at and talks about various games he plays in his collection.
Just recently he has been refighting the Battle of Minorca using Flying Colours and his walk through of the play and his re-write of the rules to produce his fast-play set has given me an idea to do something similar with this particular scenario.

So I will produce a report of how this plays out in time with my normal in game pictures but I might look at producing some video to illustrate the rules during the play-test.


Thank you to everyone who has joined the fun here on JJ's in an interesting year with the comments you have left and particularly to long-suffering friends who have contributed to the posts on various activities throughout the year, that make the blog content what it is.
May I take this opportunity to wish all my readers every success with their own plans for 2021 and to have a happy time pursuing them in the New Year.
As ever, onward and upward.
JJ
Posted by carojon at 02:40