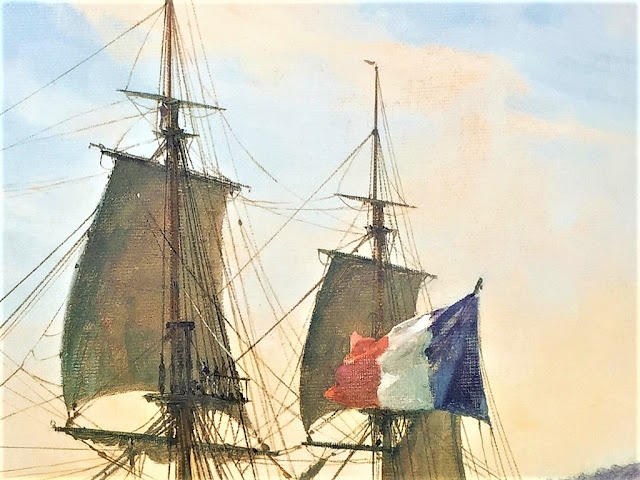 After adding six generic British 3rd rates to the collection just before Christmas, I set about doing six generic French 3rd rates which would have been completed last month but for my decision to get some models out on the table to do the Leeward Line scenario and the Scourge versus Le Sans Culottes game.
These reinforcements for the Combined fleet move the Trafalgar build project into its final stage with just eleven more models needed to be added to complete the sixty odd models needed for the project. 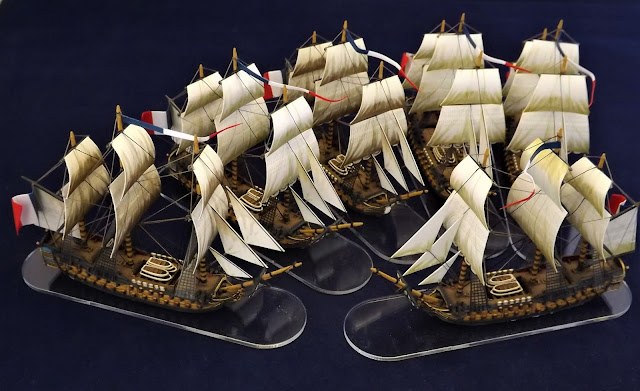 It is very satisfying working through several of these models in one go and I have now developed a settled production line method of constructing, painting and rigging these kits to get a batch of six models completed in about three weeks. 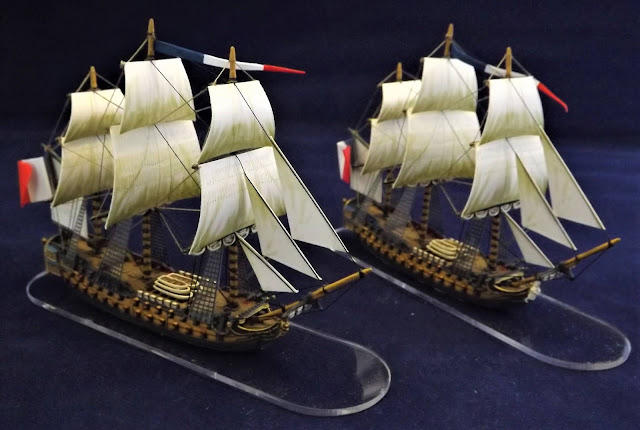 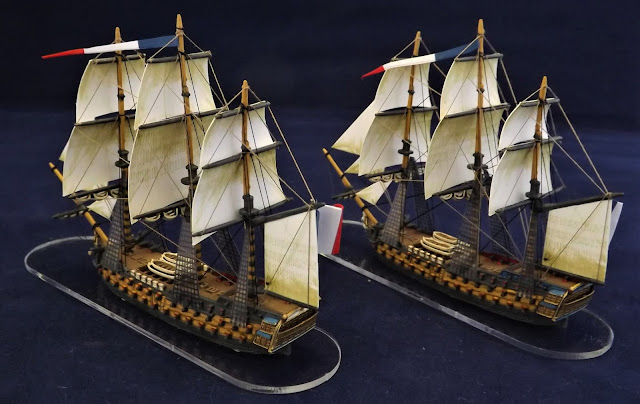 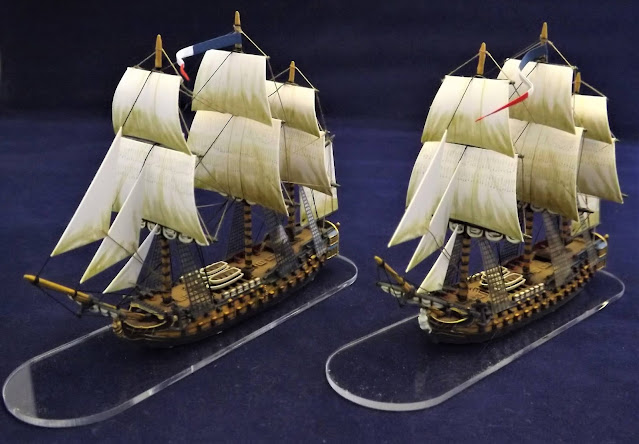 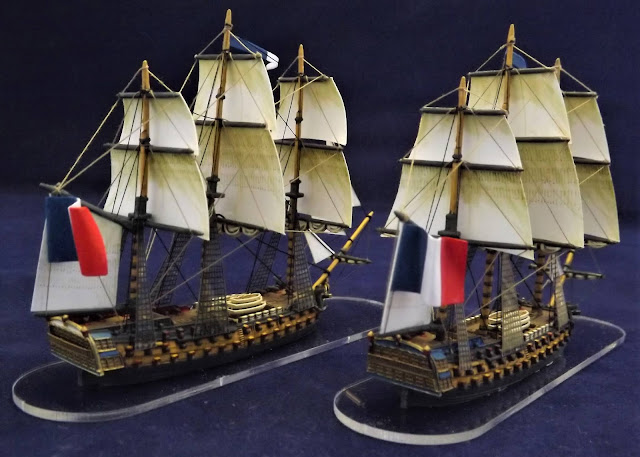 Given that my preceding French models have been done in regular chequer-board paint schemes I decided that my next group of generic models should add a bit of variety to my French squadrons by including models completed with a more Revolutionary look to them, forgoing the dark black-grey strake along the centreline of the lower and upper gun decks with a yellow-ochre look instead together with similarly painted gun-ports to give them that distinctive broad strake of the earlier period ships.
In addition I decided to have them look like a variation on a theme, which the Sane led designs of French ships no doubt encouraged and so I used the same stern galleries on the models and simply varied the figureheads and the colours (gold and white-ivory) of them to give that variation effect, together with slightly different colour trims (red, gold and white) to the galleries as well. 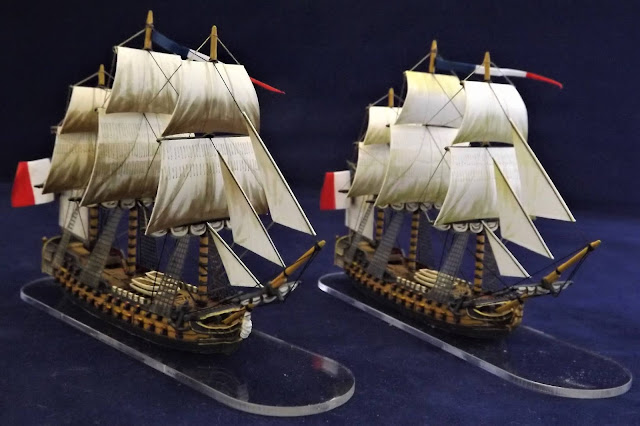 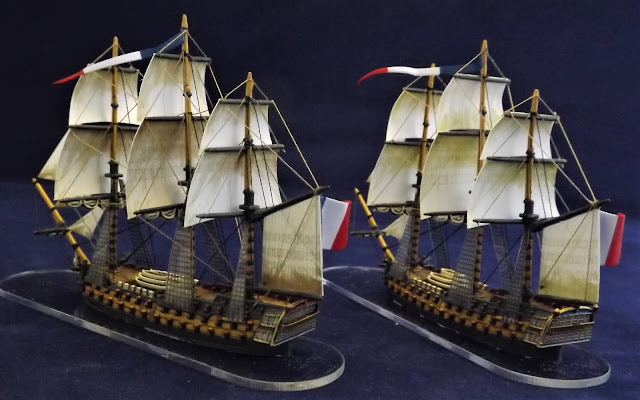 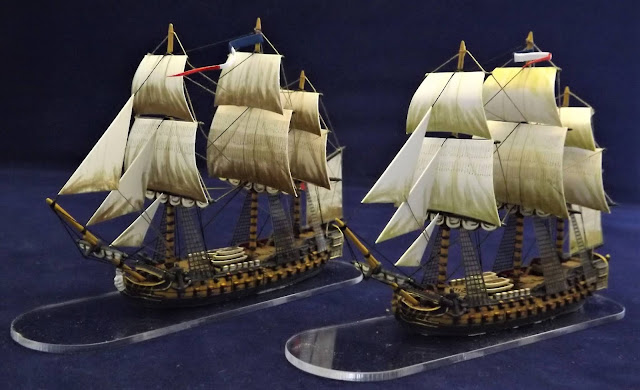 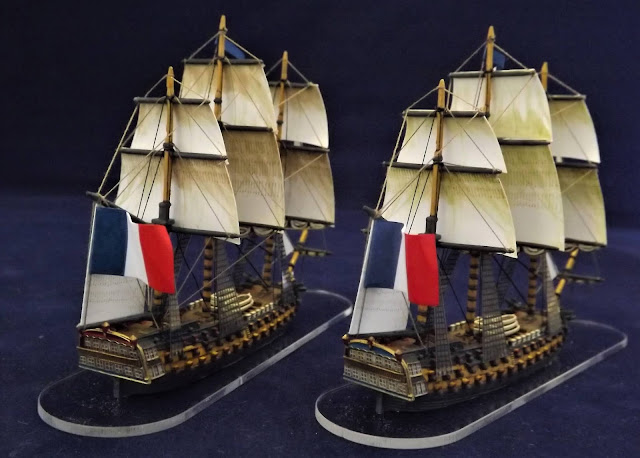 Admiral Villeneuve had fourteen French 74-gun and four 80-gun third rates at Trafalgar and with all the 80-gunners complete and now twelve 74's alongside them I just have two more 74's to do. 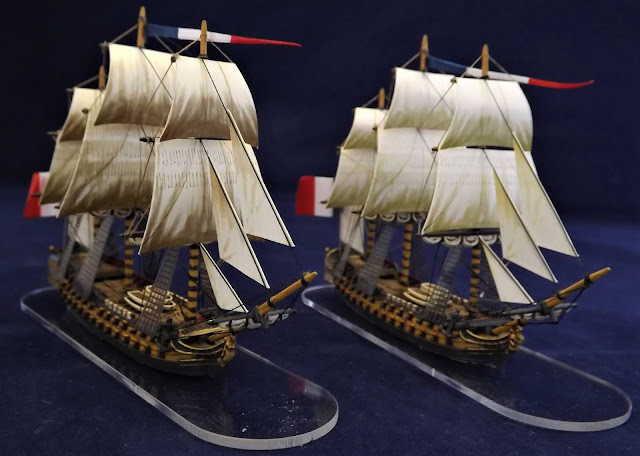 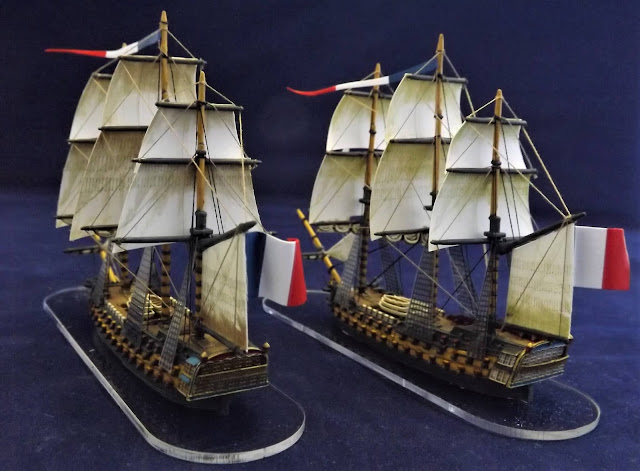 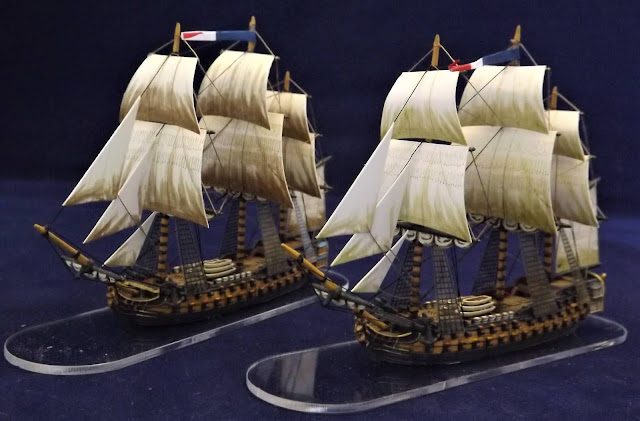 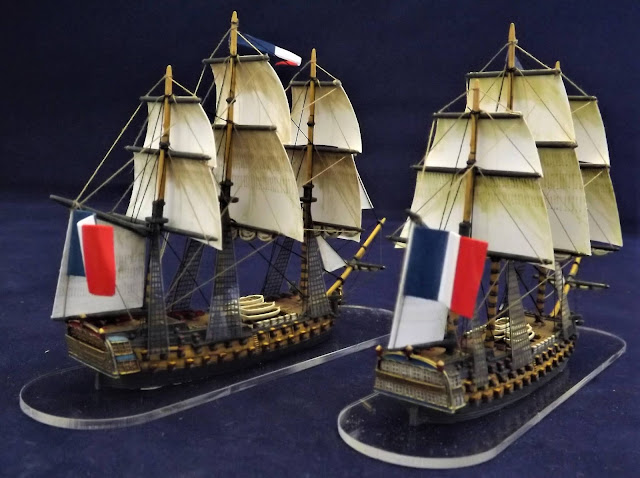 In the next All at Sea post, I'll review what's left to complete the ship build part of the project and some of the other thoughts I have about the collection as a whole and the game I would like to recreate which follows on from some of the considerations discussed in my previous post looking at rule sets; then I will post the first pictures of the first fleet to get finished which will be Villeneuve's Combined Franco-Spanish fleet of thirty-three ships of the line, five frigates and two brigs. 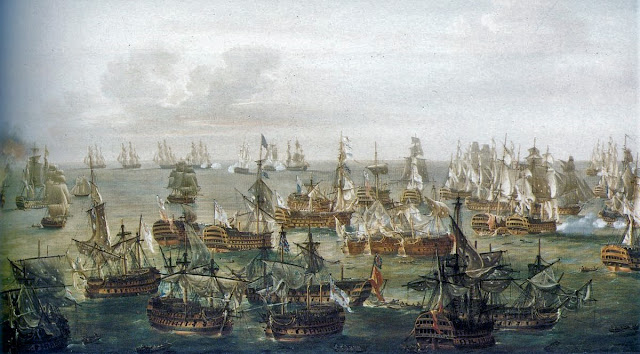 Next up, Steve and I have been battling away in the Ardennes forests and hills for the last four weeks and much fun has been had with Vassal hosting GMT's Ardennes 44.
Posted by carojon at 01:17