The Medieval Fighting Man: Costume and Equipment 800 to 1500 - Jens Hill and Jonas Freiberg 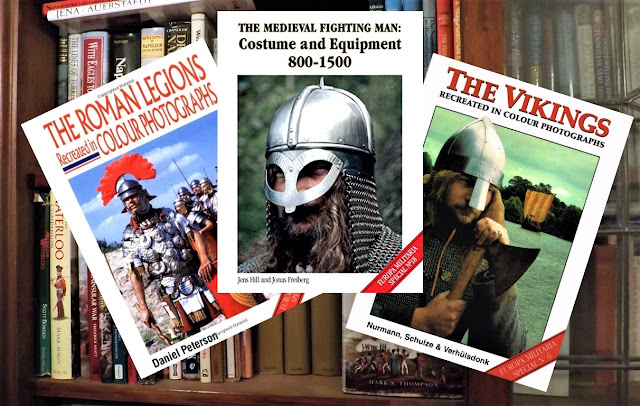 Some reference books end up becoming turn to ones whenever I'm getting stuck into a painting project, so much so that the book very often ends up perched somewhere close to my painting desk as a ready reference whilst working out the look and detail on a particular sculpt and the best colours to use to bring out the detail.
Last week I added to my collection of books that have started to fall very much into that select group of ready references, namely the Europa Militaria Specials series of Osprey sized paperback books covering the military dress of a particular era or theme as presented by some of the best re-enactment groups around. 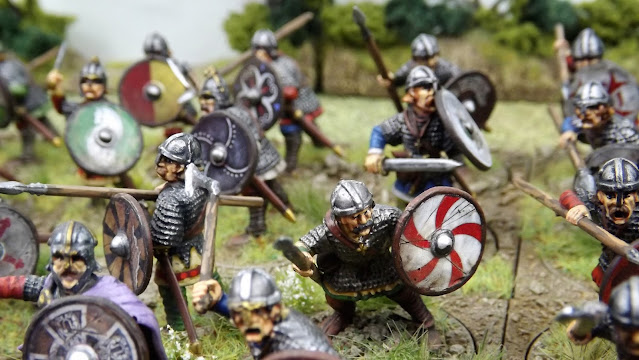 The book in particular is 'The Medieval Fighting Man' which is currently on offer from the Naval and Military Press for just £2.99 which is a must buy price in my opinion and when I received it I had intended just to refer to it for this brief review but then I remembered the other books I have in this series that would deserve equal recommendation for the same reason and ones I have used regularly when painting up my collections of Saxons and Vikings and Romans.
https://www.naval-military-press.com/product/medieval-fighting-mancostume-and-equipment/

The fact of the matter is that these groups of reenactors have made a large contribution to the archaeological evidence that supports how we portray these warriors from such a long time ago in that they have taken a lot of trouble to recreate their equipment and dress and then, when worn, have helped a lot in the understanding of how these warriors may well have worn the gear functionally; rather than simply based on educated guesswork and contemporary illustrations from artists who may never have fought in the gear they portrayed and were getting their information from those who had or had witnessed these warriors in action.

Needless to say this extra information adds to the way modern wargaming figures are now sculpted and the look we can create with our table-top armies, but these pictures of the way the reenactors carry the equipment and the look of it hanging on the body, not to mention the colour of the equipment and dress can really help those of us who want to capture that look in our figures.
My Romano-Dacian collection is about two thirds complete and I have finished my Saxon-Viking collection but may end up adding to it at some time and I have a very large collection of Perry 28mm Wars of the Roses to yet get started on and so these books will feature very much in my projects as they come under the brush. 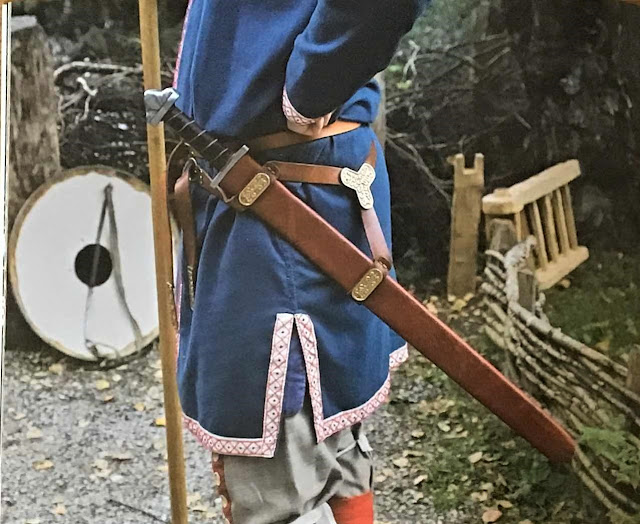 The sample pictures included here in this post are taken from my latest addition and like the other two on the Romans and Vikings are lavishly full of colour photos like these which are invaluable to the figure painter.

The late medieval selection features these shots of the typical men at arms and poleaxe armed foot knight and there are similar illustrations covering the look of these men across the era from late Viking, the Crusades, and 13th, 14th and 15th century European armies from knights to the common soldier and armed citizen troops, with some great pictures of typical weaponry ideal for working out how to paint that particular crossbow mechanism or arrow shafts painted with a red oxide pigment mixed with linseed oil to protect them from the elements.
The Medieval Fighting Man is 96 pages and consists of the following sections:
Preface
Acknowledgements
Viking Warrior - 8th to 9th Centuries
Carolingian Landowner - Early 9th Century
Scandinavian Trader - 9th to 10th Century
Viking Warrior - Late 10th Century
Norman Miles - 11th to 12th Century
Infantry Serjant - Second Half of 12th Century
Knight Templar of the Third Crusade, 1190
Castellan Knight and Foot Soldier - 13th to 14th Century
Crossbowman - Mid 13th Century
The Longbowman - First Half of the 14th Century
Officer and Foot Soldier, 1485
The Armed Citizen, 1470 - 1500
Bibliography
Each section has text describing the times depicted by each warrior, with more information about their clothing, arms, equipment and their role on the battlefield.
There are some one-hundred and thirty full colour photographs of the re-enactors including full back and front figure portraits mixed with close ups of the gear and other equipment, intermixed with about a half-dozen full colour period examples of artwork that support the look of these men. 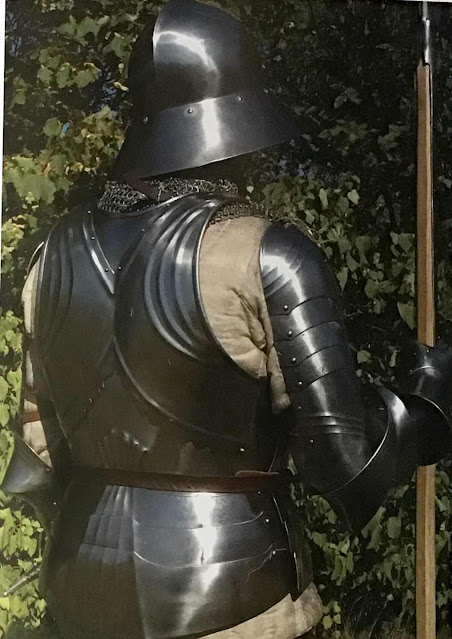 If you are the slightest bit interested in painting these early warriors then these books are a goldmine of reference information and if, like me, you have a rather large collection of late medieval types to get stuck into or you're working on those beautiful Footsore Miniature sculpts for the Barons War, then I would definitely recommend checking out the offer from Naval and Military Press in the link above or below.
https://www.naval-military-press.com/product/medieval-fighting-mancostume-and-equipment/
Next up: More to come on JJ''s as I conclude the posts covering Steve and my fighting of Ardennes'44 with a dramatic battle to end our refight of the first three days of the campaign and work progresses in JJ's Dockyard as the next six ships are fitting out with sails and rigging.
Posted by carojon at 01:13