Greetings from the Maldives. What a day Tuesday was. Up at 2am driving through the Yala National Park trying very hard to avoid wild animals as big as elephants, quite literally. Then an eight hour drive to Colombo airport with roads getting busier and busier the closer we came to the capital.


At Colombo we boarded a flight to Mali in the Maldives which takes about an hour. Then boarded a sea plane out to our resort, arriving about 7pm that night. 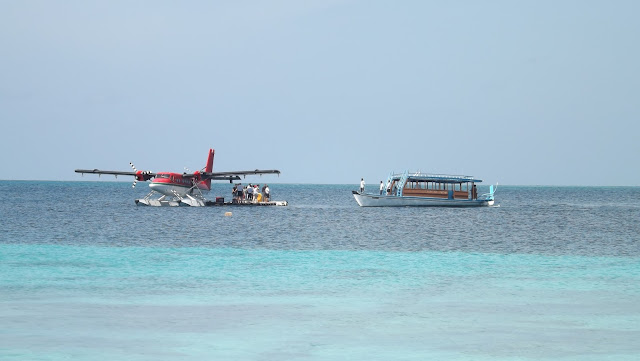 So now we have seven days of sun, sea and sand plus time to read and feed the mind!


So with an enforced break in the painting schedule, I like many wargamers like to plan future games, army lists and for me campaign ideas.

I think for the Napoleonic player, campaigns are an important aspect of our hobby. The period lends itself perfectly to a series of games linked with a common narrative of forces trying to find one another and bring on a battle to one sides advantage. Once the advantage is gained then it comes to forcing the issue with follow up manoeuvre and final destruction of the enemy.

However most of us are busy people leading demanding lives and for me I want to be able to easily pick up and leave my campaign as and when time permits, but still give me the narrative I am looking for. I am also looking for a system that allows me to play on the Grand Strategy level down to the more local issues of a campaign within a campaign.

I want to abstract a lot of the day to day events that a senior commander would not bother himself with. So, for example, reconnaissance is a vital part of Napoleonic warfare, but I don't need to be concerned with where a particular light cavalry squadron is operating, as the senior Army Commander.

Likewise army attrition is inevitable, so my system needs to incorporate that without tying the play up with endless book keeping. I still have my copy of the Empire III campaign system and it still makes me swoon with its complexity. Perhaps when the Carnage & Glory campaign system is available then I might revisit that level of playing letting the computer take the strain.

I want also to be able to map play battles where that is preferable but keep the narrative to link my table top encounters.

So what have I come up with so far? Well I couldn't see the point or reinventing the wheel so I turned to a very old set of campaign rules "L'Empereur" I got from Tabletop Games, years ago. I then started to add a few adaptions of my own to the Peninsular Campaign module contained in the original set. 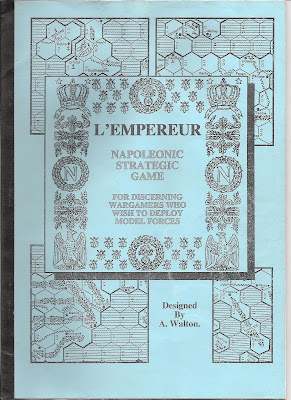 In this day and age of computers I can't see the point of having a paper map and I didn't want to use the original hexes so I made two changes, firstly to produce a Cyberboard set and secondly to use an area/node map.

I found a great map referenced from a board game, "War to the Death" highlighted on Rafeal Pardo's Project Leipzig blog, see my favourite blogs links, and combined this with some marker and counter graphics to allow me to monitor progress in the campaign.


The basic principle behind the system is to enable battles to be fought using any points based set of rules, allowing the results of those battles to be translated to losses in map counters. I have put together a set of rules incorporating the structure from L'Empereur, and adding in some battle set up methods from "Age of Reason" suitably adapted for the Peninsular War.

This little project of mine comes with the usual disclaimers that I make whenever I make available material that I haven't had chance to playtest. However I think the basic system is robust enough to withstand tweaking, which is what I've done anyway. So if you make use of it let me know what you think. Anyway its offered free for those that might want to try it.

There is a link to Cyberboard in my links board to download the basic software. If you haven't used it before, I would highly recommend it as a great utility for wargame campaigns needing maps.

I'm afraid this post is a set up for when I get back to civilisation, as I had intended to post the rules and module with it. The internet connectivity hear is very indifferent, so I will follow up this post next week with the downloads.