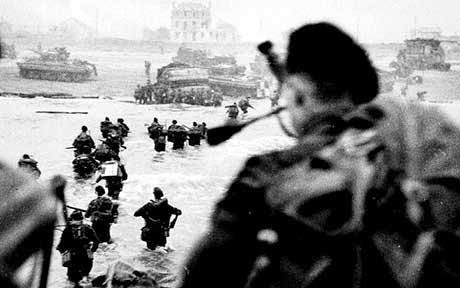 Today is the 70th anniversary of the greatest naval invasion the world has ever seen and for me, the son of a former member of the British 21st Army, it is very moving to hear the memories of the last surviving veterans.

My father landed on D+4 as a member of the advanced party of Guards Armoured Division and I remember his vivid descriptions of the beachhead when he arrived in Normandy and the later battles of the campaign.

With the passing years and with fewer veterans still surviving, my Dad passed away in 2003, the likelihood is that this will be the last significant commemoration of a campaign that dramatically changed the course of WWII and the history of our world today.

My blog since its beginning back in December 2012 has had a strong theme around the Peninsular War as a period that I have chosen to focus on for the foreseeable future.

Prior to it I had spent the previous three years building up a large collection of WWII Normandy forces for my own home brewed WWII rules and latterly IABSM. Those figures have taken a "back seat" in recent times but were regularly featured in games that I reported on the Devon Wargames Group Blog.

With the importance of today's commemoration, I thought I would pay my tribute to the events of seventy years ago by highlighting those postings that were part of a campaign run back in 2010 and that is still to be completed, and will be returned to later. As the map shows we had all the beaches to fight except Utah in the first turn. 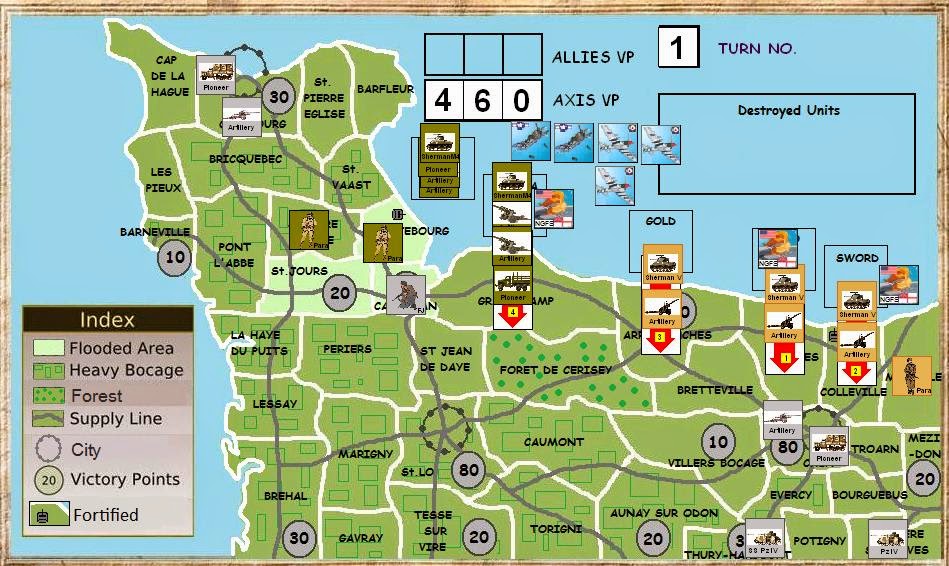 So first up, the battles for the beaches beginning with Juno

The third game was fought out on Sword beach

And last but not least, Gold

The position at the end of D Day 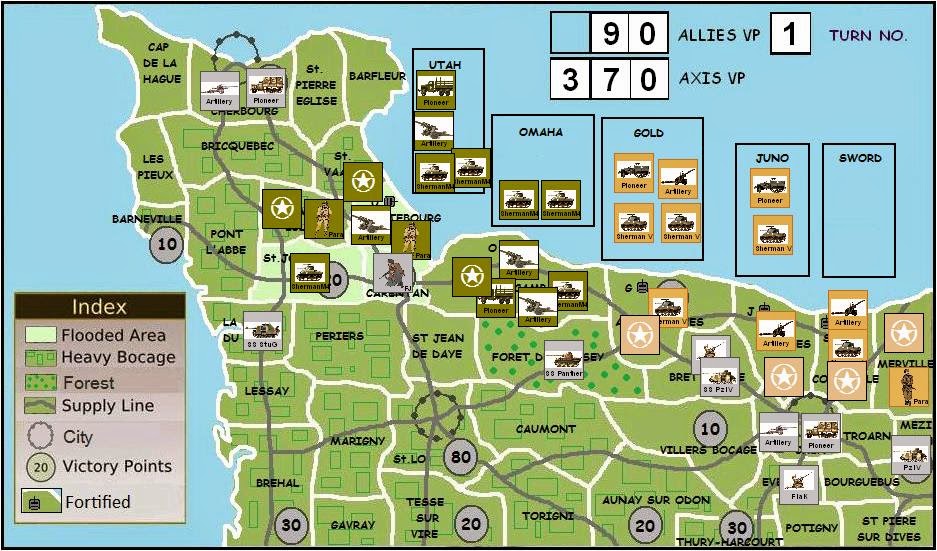