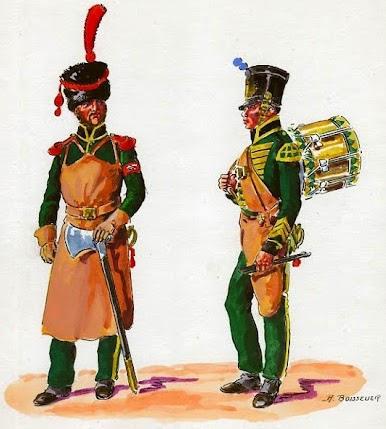 The completion of the 2nd battalion of the 2nd Nassau Regiment finishes another key component of the "German Division". For information on this famous regiment just follow the link in the order of battle below to the 1st battalion. 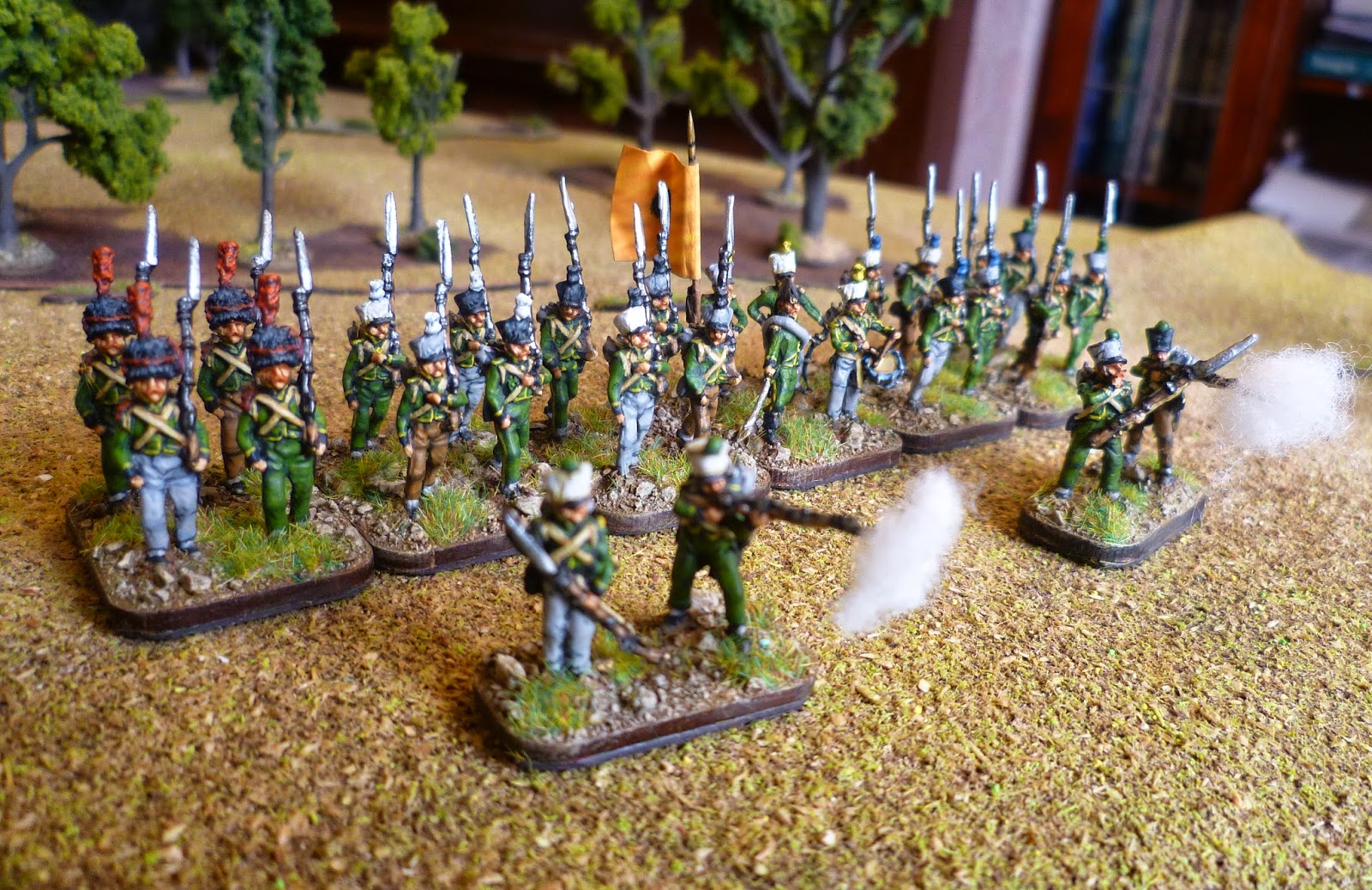 The second battalion as with the first is composed of figures primarily from "Warmodelling" although I have included the lovely looking AB officer in the bicorne at the front of the command group. The Colour is from Adolfo Ramos Flags 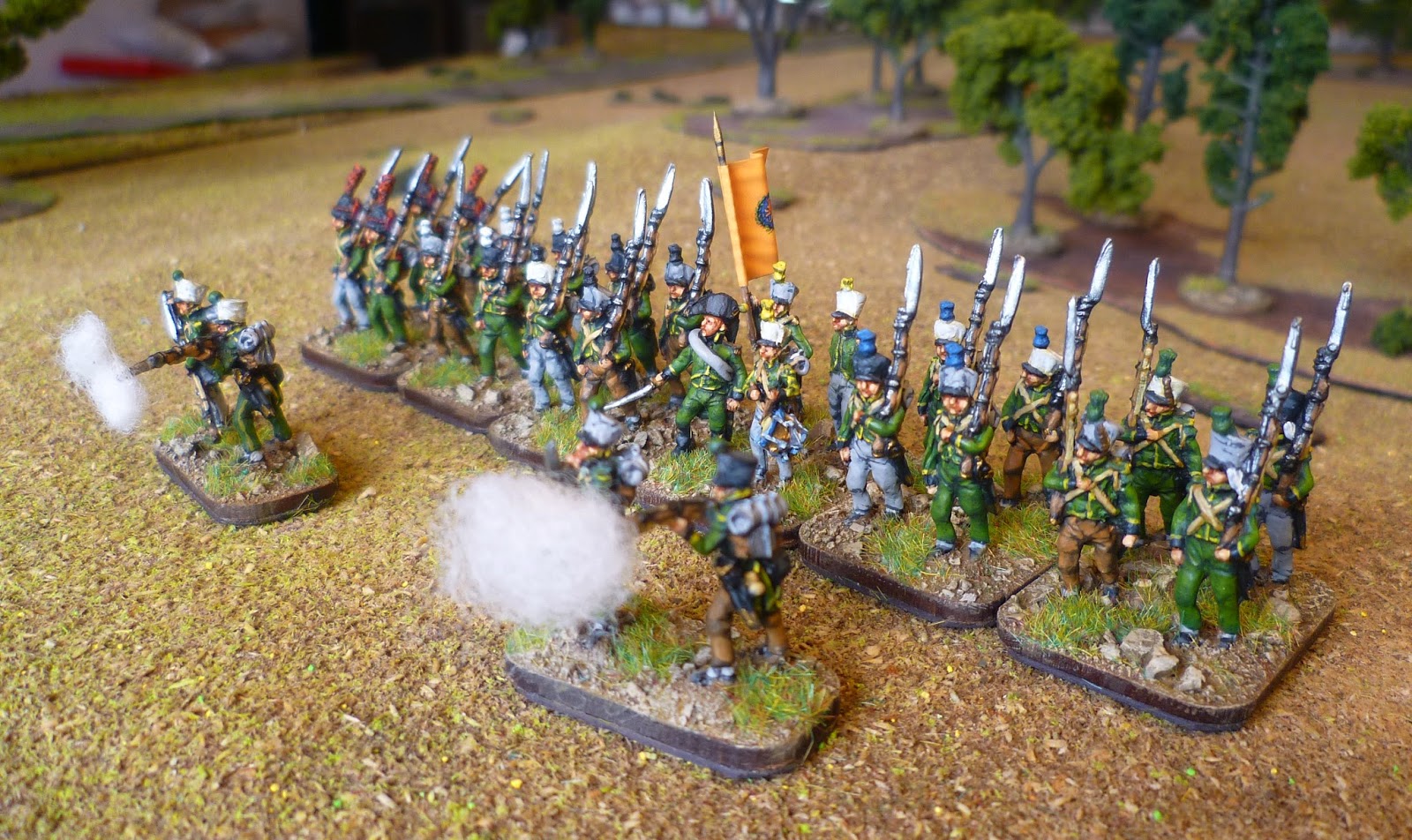 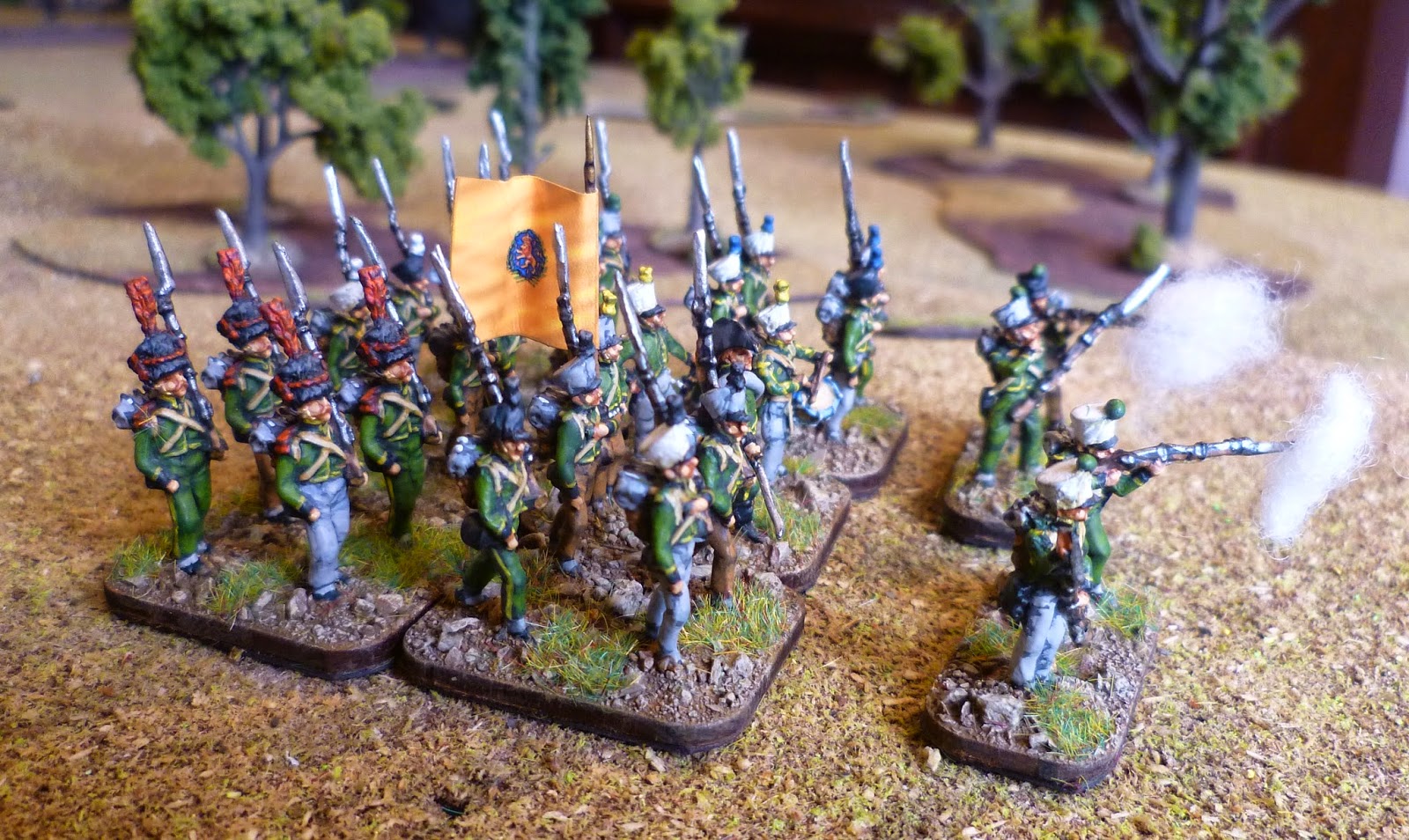 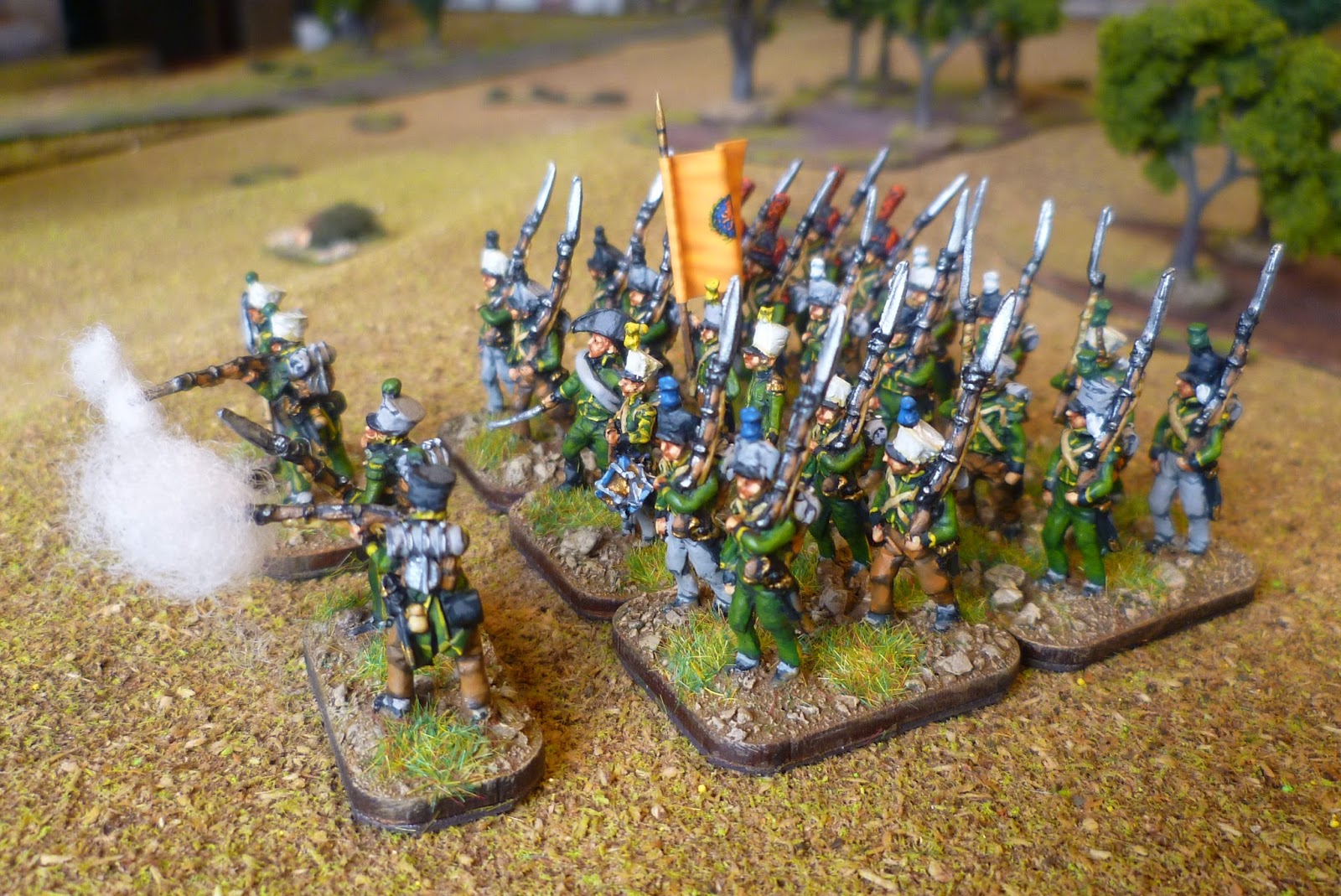 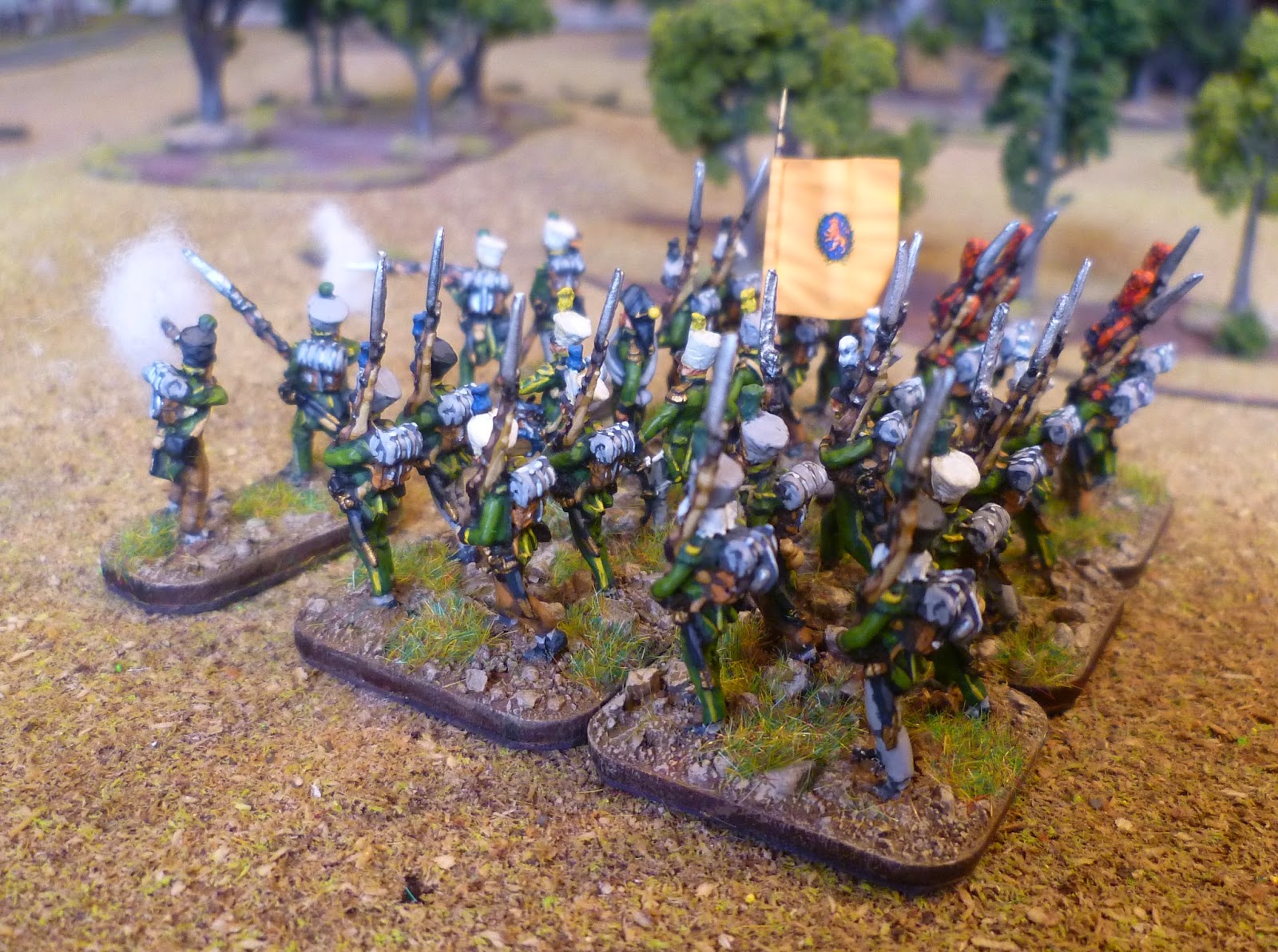 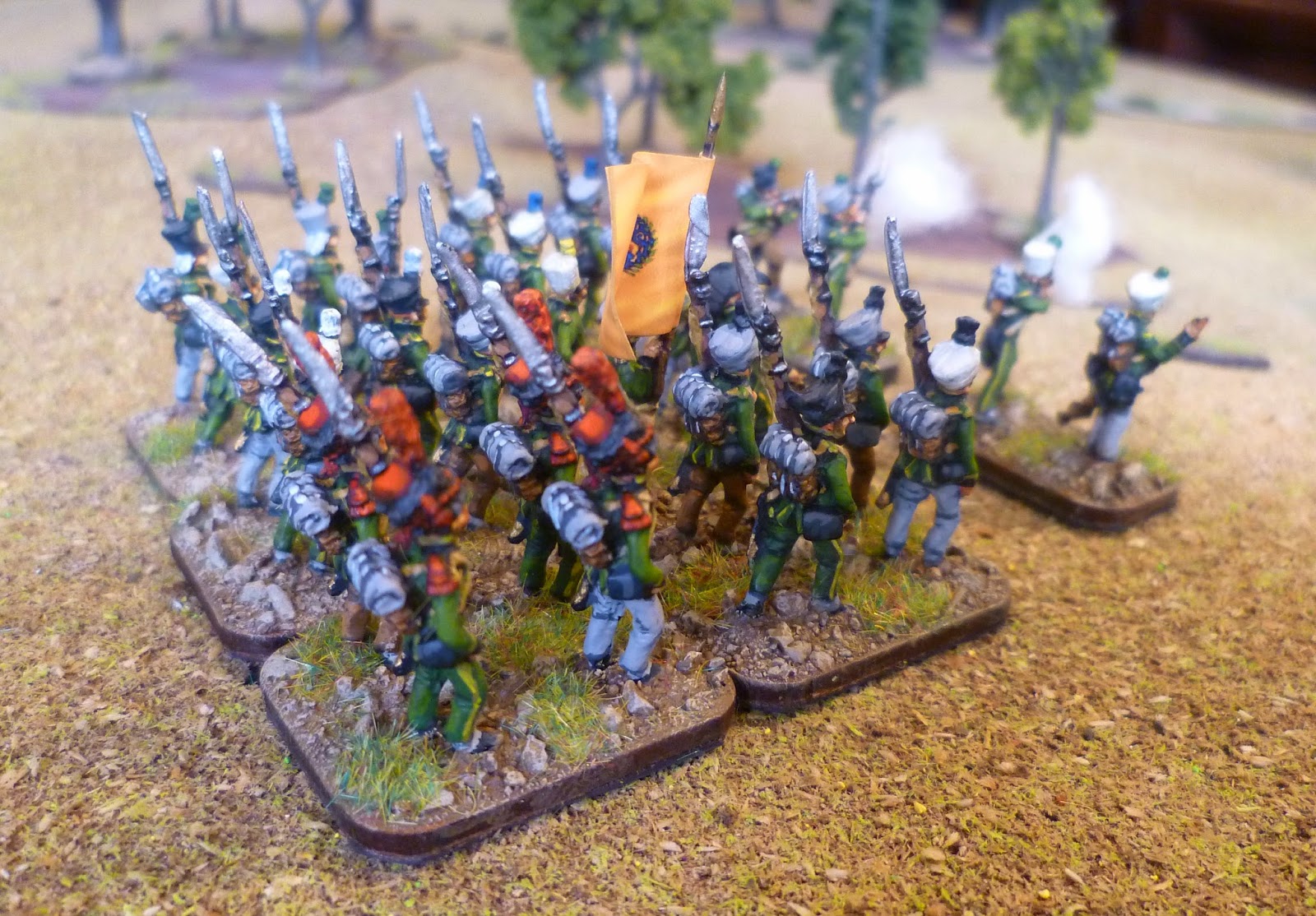 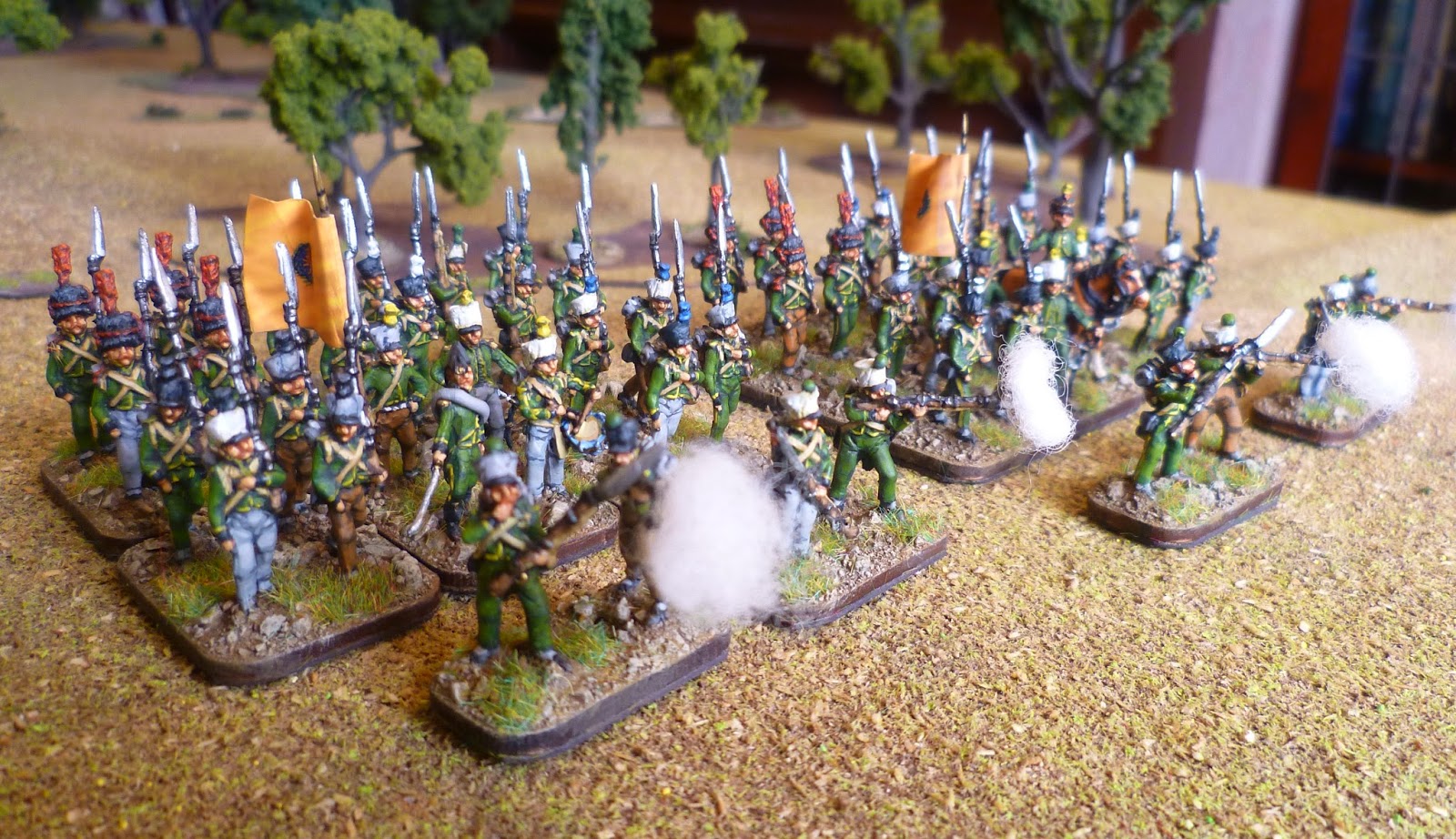 The answer to my "Can you spot the deliberate mistake?" question in my post about the 1st Battalion was that I had omitted the Voltigeur bases because I didn't have suitable figures. With the painting of the 2nd battalion I produced bases for both battalions 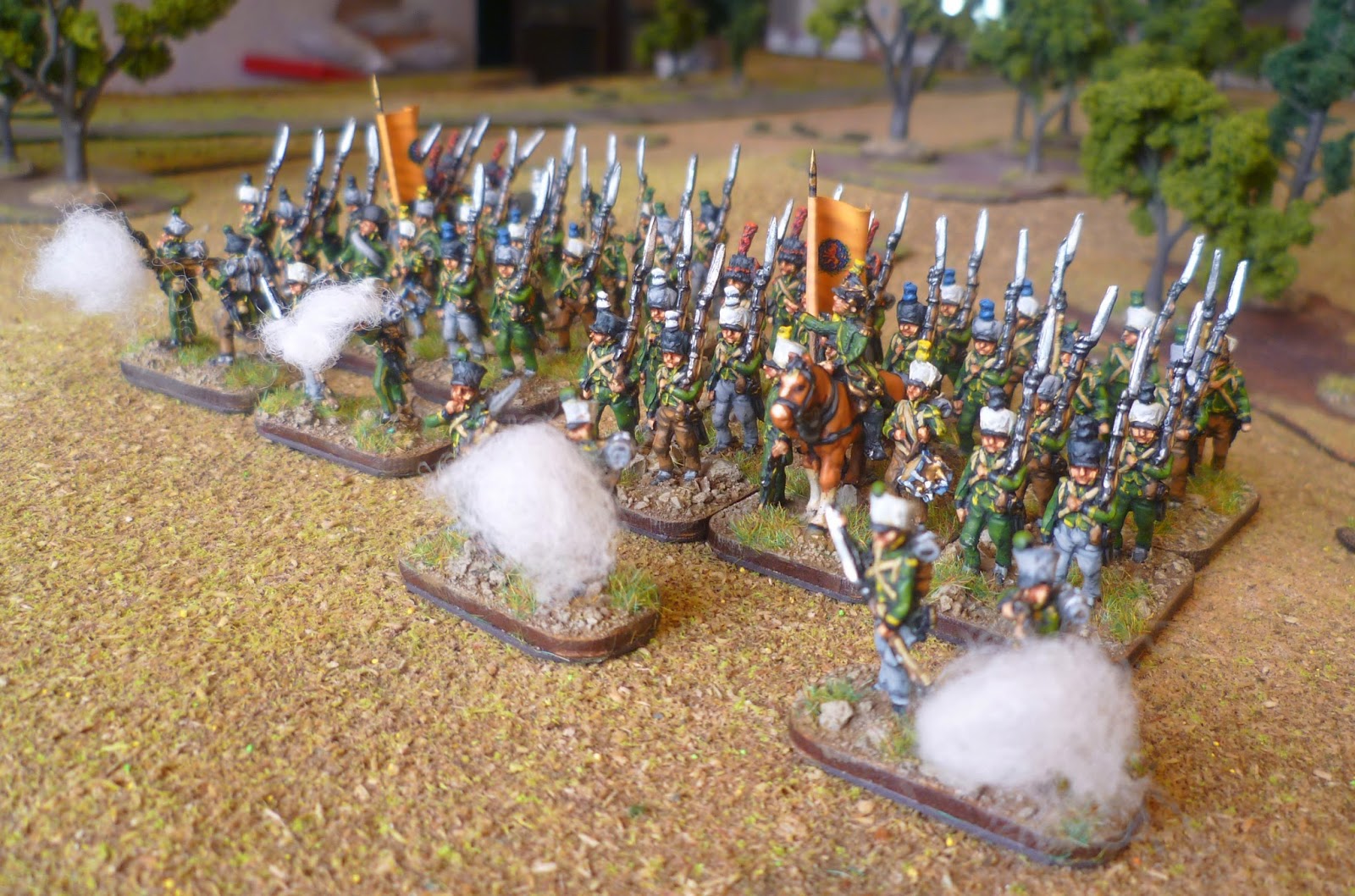 Next up, the third run through of the Oporto scenario and the Confederation of the Rhine Battalion No.3 Frankfurt.
Posted by carojon at 08:06