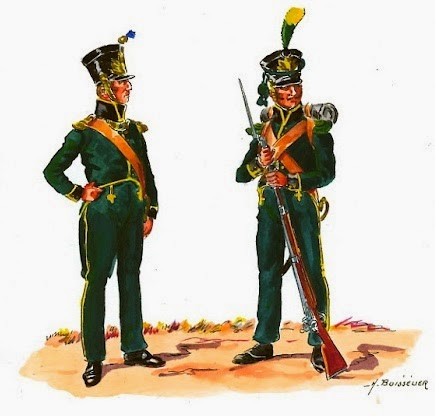 The Nassau Regiment is the next unit to join my new German Division as part of plans to put together the units for Talavera. As I progress, I will provide links to the order of battle above to enable a review of the individual units completed. 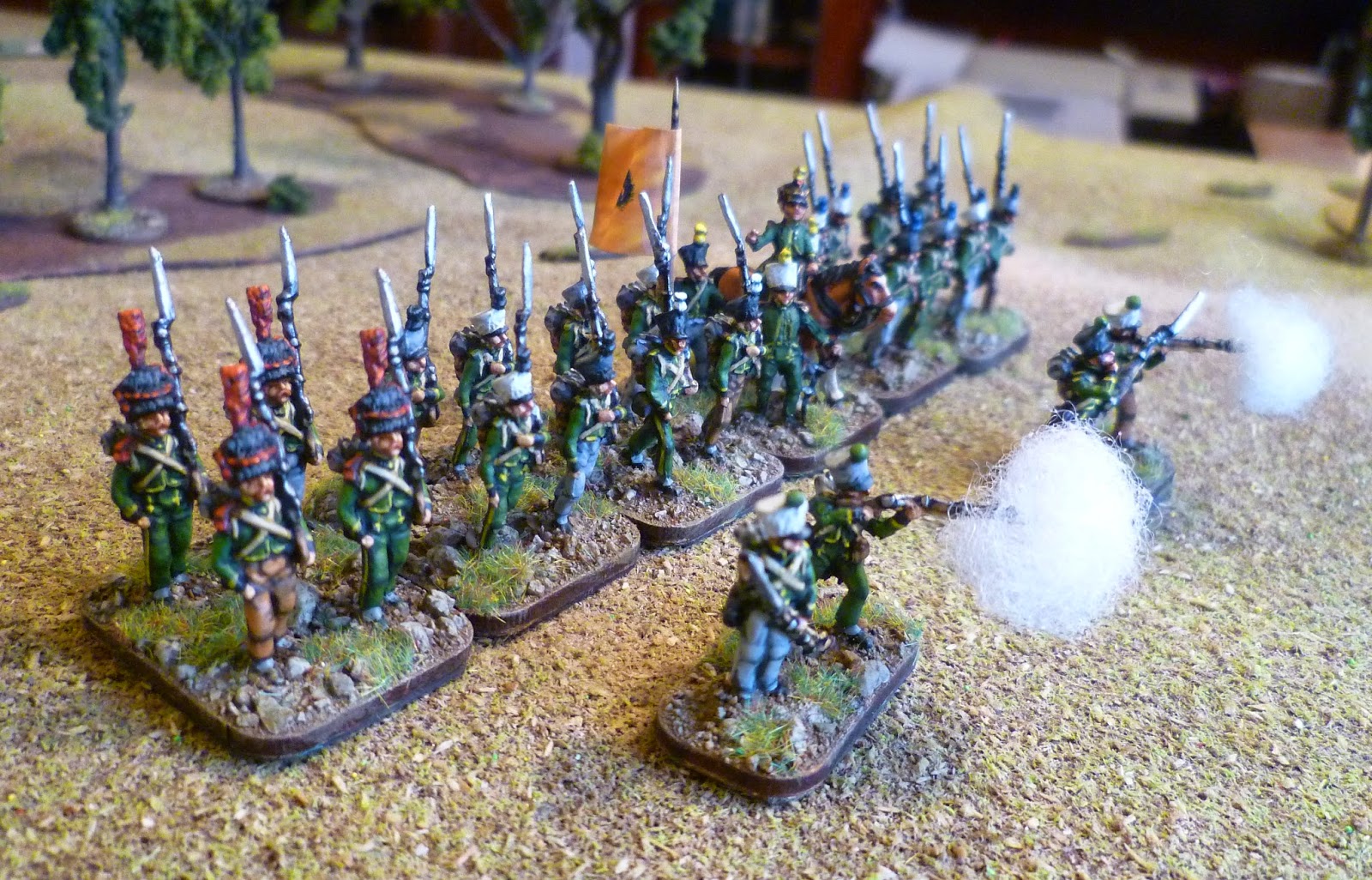 On the 15th of October 1808 the 2nd Nassau Regiment, under the command of Oberst August von Kruse, crossed the Spanish border at Tolosa to begin its campaign in the Peninsular War. The 2nd Nassau regiment would take part in over forty engagements during the campaign. The battles would include Medellin, Talavera, Ocana and Vitoria.

On the 10th December 1813 Kruse, under secret orders from the Duke of Nassau, would lead his men to defect to the Allies and would go on to command his troops against the Emperor at Waterloo under the Duke of Wellington. It is reported the the Duke, familiar with the Nassau's in the Peninsula, spoke to General Kruse before Waterloo saying,

"I hope, General, that your actions today are as clever when you are fighting for me as they were in Spain when you were fighting against me." 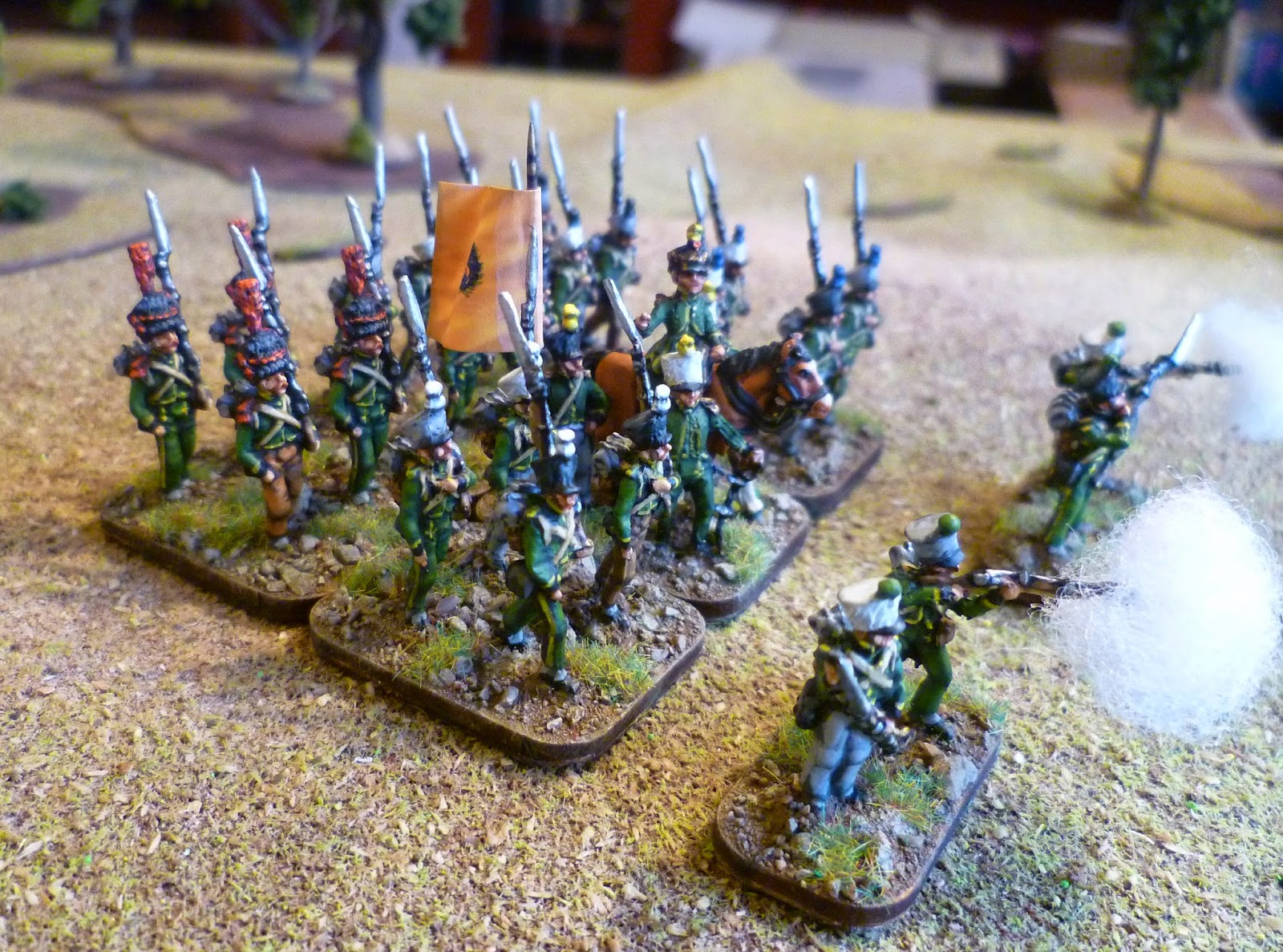 My battalion is composed of figures from the "Warmodelling" range, and the Colour is from Adolfo Ramos Flags. 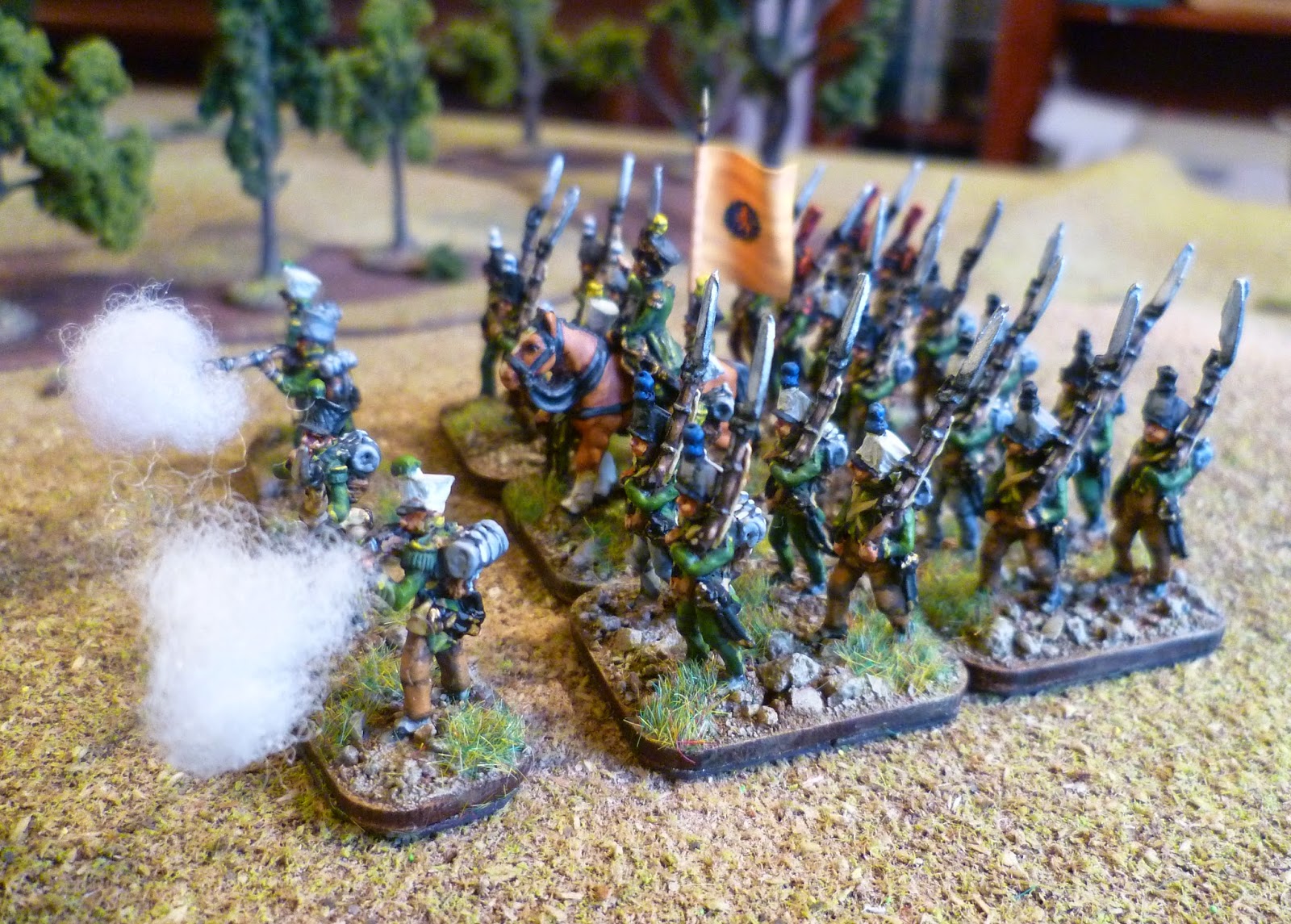 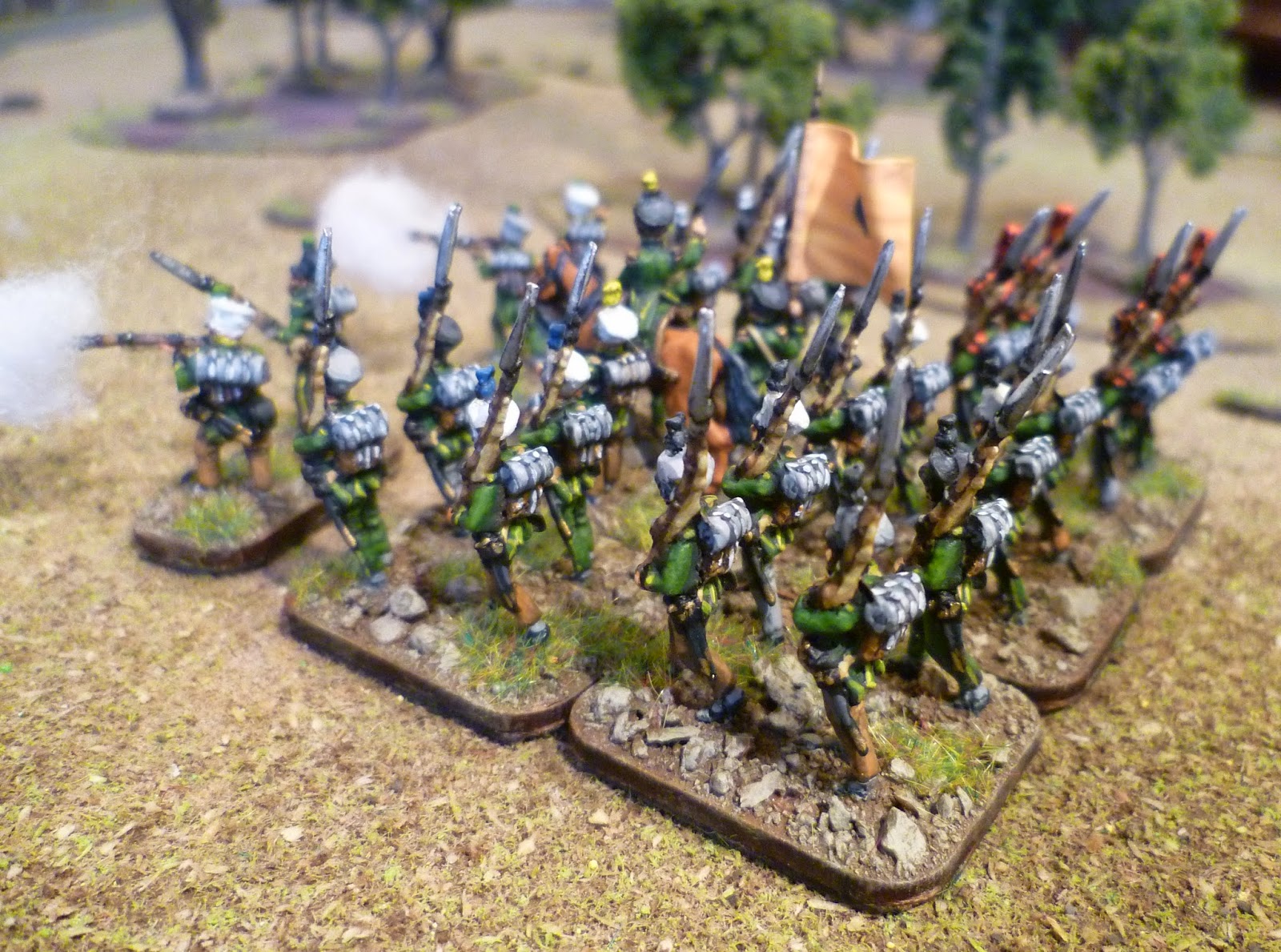 There are no prizes for spotting the deliberate mistake with this unit, but I thought it might be fun to see if regular, observant, readers of the blog can spot the omission. This should be remedied by the finish of the second battalion when I will reveal all. 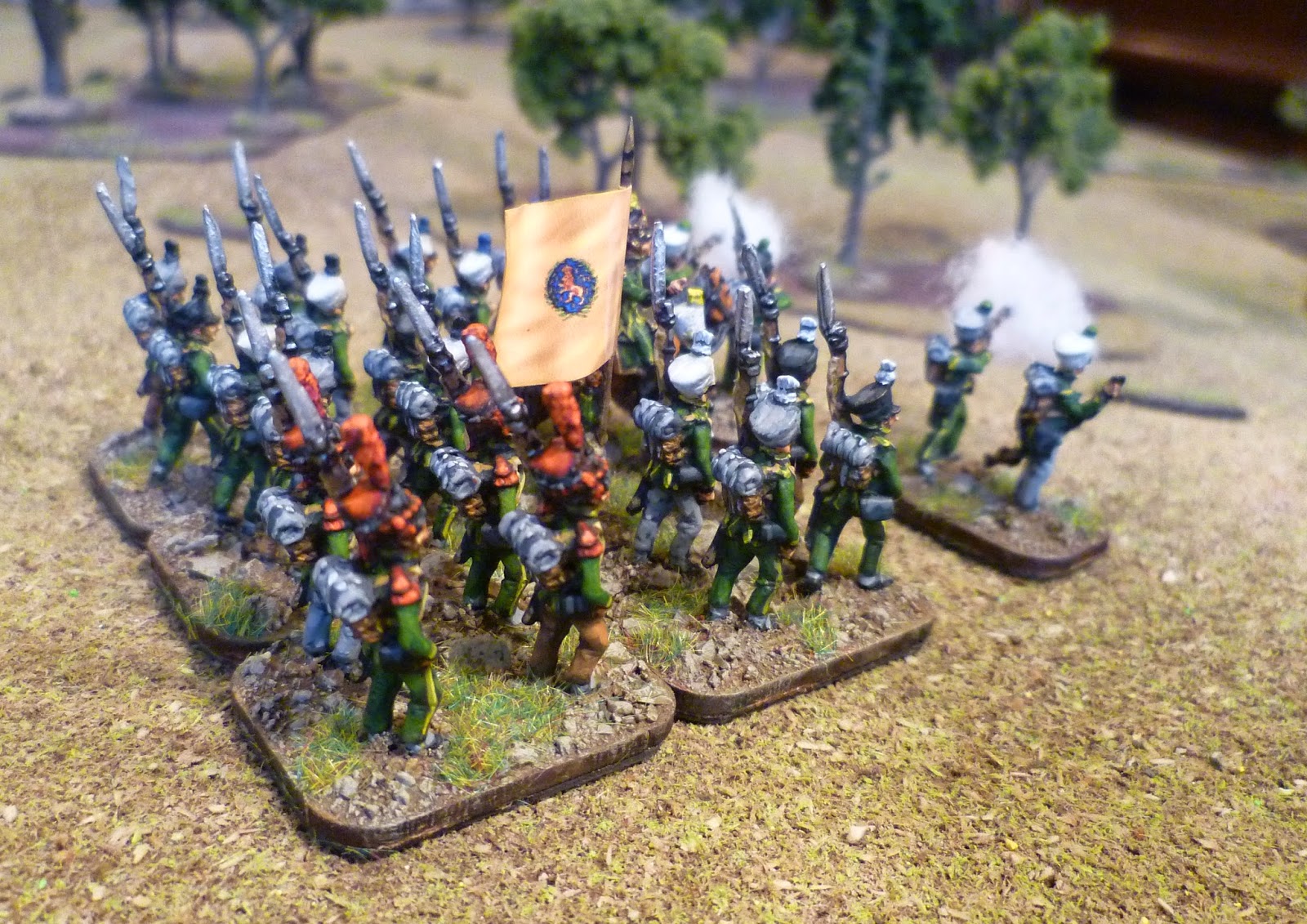