The 96e Regiment de Ligne could trace it's founding back to 1745 in Nassau as one of the many Bourbon "troupes etrangeres" or foreign recruited regiments that were used by the French Royal family to prosecute their European wars through the 18th century.

In 1791, however all foreign units came under suspicion for potential pro-Bourbon loyalty and counter-revolutionary attitudes after the officers of the Nassau and Royal German regiments published a declaration of hostility to the National Assembly which caused them to respond on the 21st July with a decree stating. 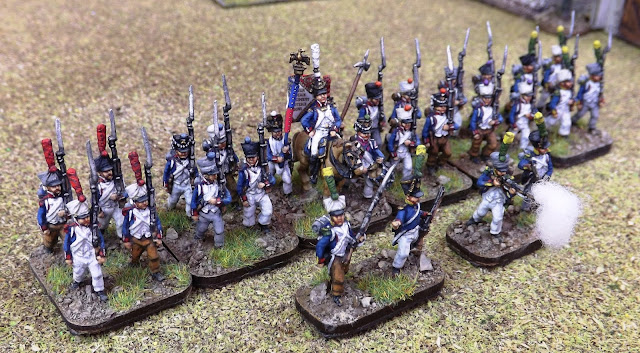 "The 96th Regiment of Infantry, previously known as the Nassau Regiment, and the other units previously designated by the title German, Irish or Belgian "Liegiose" Legionary regiments of infantry are all part of the French army. In consequence they are not entitled to any special distinctions and they will henceforth wear the same uniform, have the same discipline and will be treated with respect to pay, appointments and funding in the same manner as other French troops."

Thus the regiment became the 96th Regiment d'Infantrie. In 1796 it formed the basis of the new 96e demi-brigade d'Infanterie de Ligne formed from the following units;

In 1803 the regiment was retitled the 96e Regiment d'Infantrie de Ligne under the command of Colonel Pierre Barrois who as General de Brigade would command the regiment at Talavera.

The 96e Ligne was a veteran regiment when it entered the Peninsular War with the battle honours of Ulm 1805 and Friedland 1807 on its Colour. 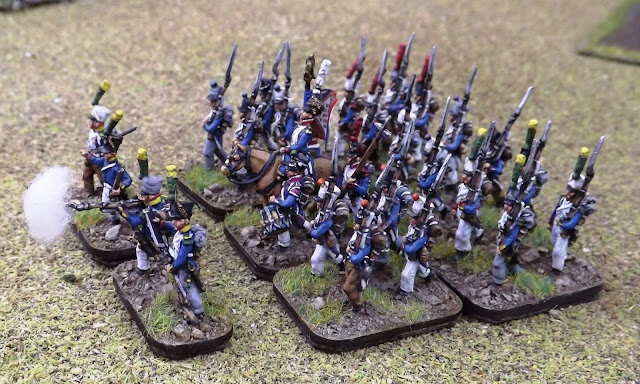 With regards to the peculiar uniform distinctions worn, some of which I will replicate with my own battalions, are again based on details garnered from the Otto manuscript showing members of the regiment in 1807 in Hamburg. The four plates show the following;
Sapper, Drum Major, Grenadier and Fusilier, Officer of Voltigeurs and a Voltigeur. 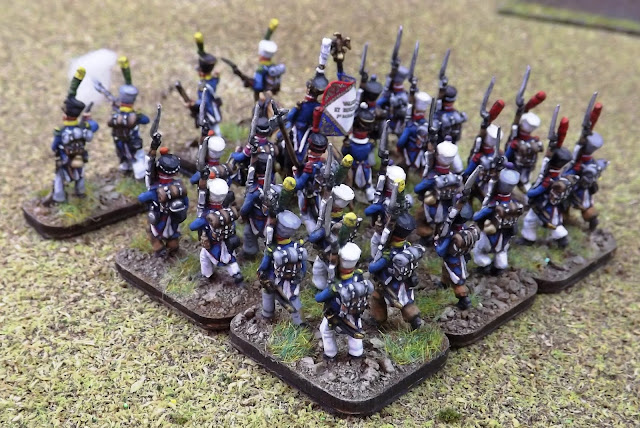 The stand out variables include the distinctive arrangements of the shako chords illustrated above in Rousselot's rendition of the voltigeur. The extra chord hanging down on the left of the shako was quite different from normal, but something I will not be adding in 18mm! Likewise fusiliers are shown with flat circular pompoms rather than the more standard woollen ball, again something I will not be doing. 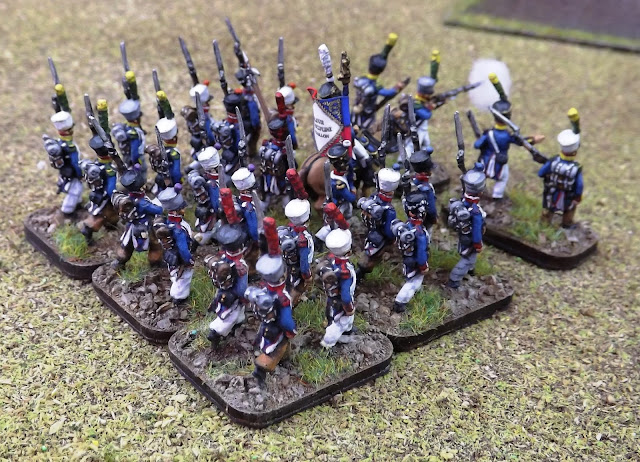 Other than these the dress of the 96th appears quite standard for French infantry of the period, apart from the voltigeurs with their very distinctive yellow cuff flaps. The Rousselot image also shows a distinctive green carrot shaped plume, but the Otto illustration shows the officer with a curiously shaped plume tipped yellow. I therefore intend to have all my voltigeurs with yellow tips, but wearing their fancy cuffs. 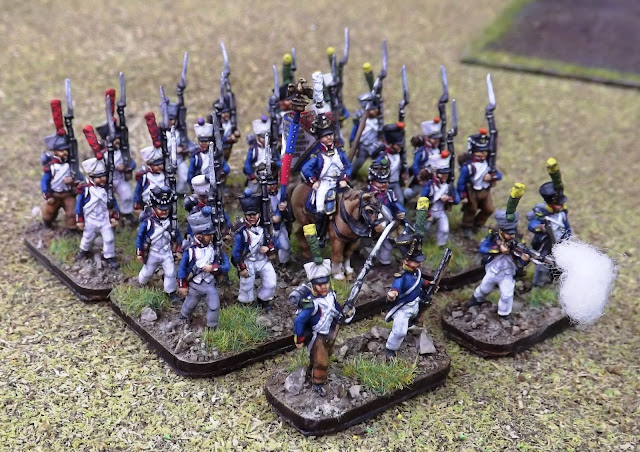 My figures are from AB with a cunningly hidden fusilier from the Battle Honours range sculpted by Mr Barton also. No prizes for spotting him but hopefully not too noticeable given the size differences between the two ranges. The Colour on the Eagle is from GMB. 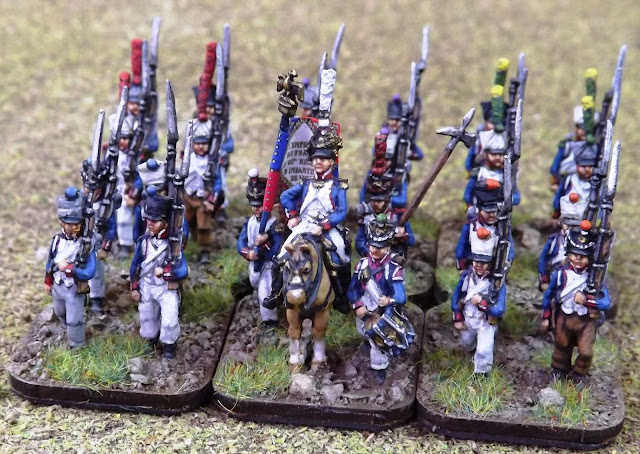