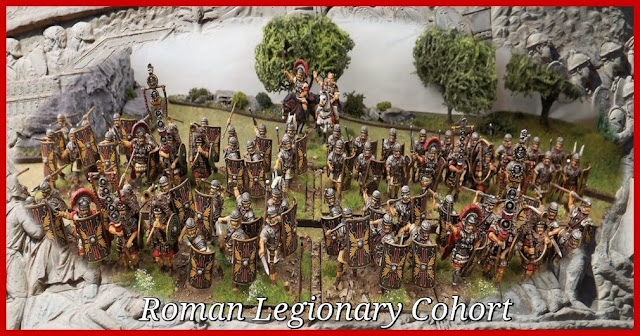 The three week break taken this summer to tour Spain and the Peninsular War battle sites, currently featuring in a series of posts, meant taking a break from the painting process, which is not a bad thing, but I was curious to see that the enforced leave of absence from the paint brush only left me feeling keen to feel a brush between the fingertips again, on arriving back in 'blighty'.

As followers of this blog will know I, like many others, like to plan out a painting schedule and then set too, working the plan. That process seems to give me a great deal of satisfaction and that sense of progress and achievement each time I take the pen and put a line through a completed unit on the planning list that is pinned to my painting desk.


That said, variety is the spice of life, and although a regular diet of similar or the same type of unit seems to speed up the production process, as familiarity has enabled me to practically paint a Victrix legionary in my sleep, I prefer to come at each project with a sense of excitement that I get when painting a set of figures for the first time; and the sheer fun of finding the detail that a sculptor/designer has built into the figure that perhaps escaped the first examination, only to be revealed later, just screaming out for a paint job to bring it to the fore. 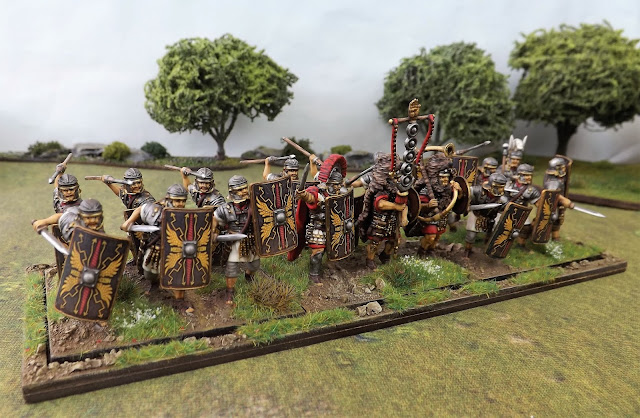 So on return from Spain I was keen to complete Roman Legionary Cohort number four to have the enjoyment of painting again after a long break, but the recent start of my AWI collection indicates the other aspect of recapturing the excitement of the new, and a Perry sculpt is a good way of getting that buzz going.

However as the Romans would tell you, nothing can be achieved without discipline and that includes writing a plan and seeing the plan through to completion, so the AWI excursion will be a relatively temporary excursion, before returning to the Romano Dacians to complete the outstanding third of the collection. 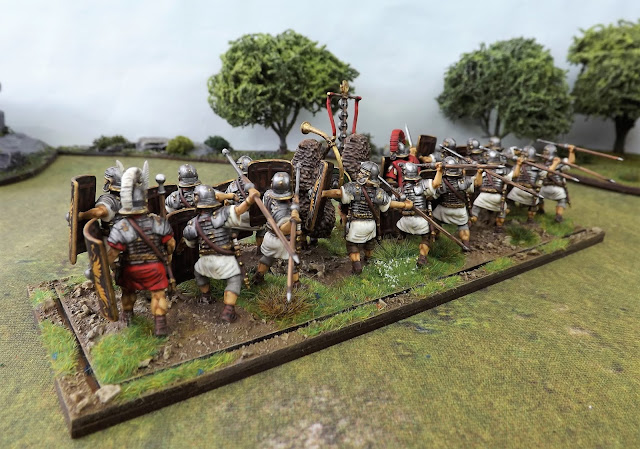 So my fourth cohort is using the charging legionary from Victrix complimented with LBM shield decals and I really love the dynamism in these figures which add greatly to the look of a game when seen pressed up to an equally expressive warband of Dacians.

Talking of Dacians, Victrix seem to be pressing on with their development of their new range and my short excursion also adds further method to my madness in that the slight delay might enable me to acquire some of the new Victrix range to mix in with my Warlord collection in time for when I come back to the project, adding yet more to the variety and look of the collection. 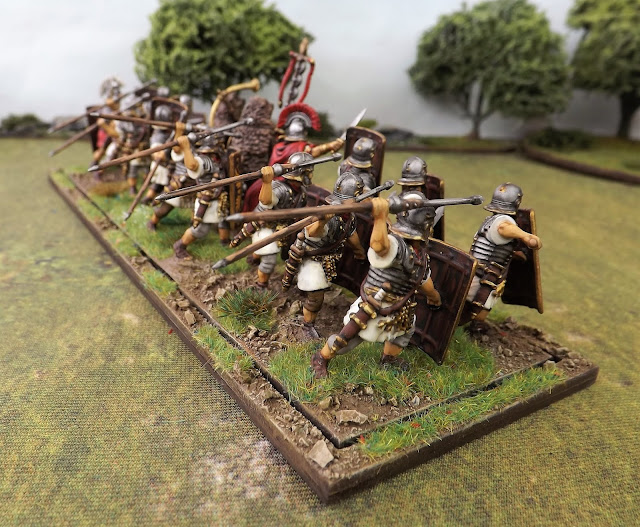 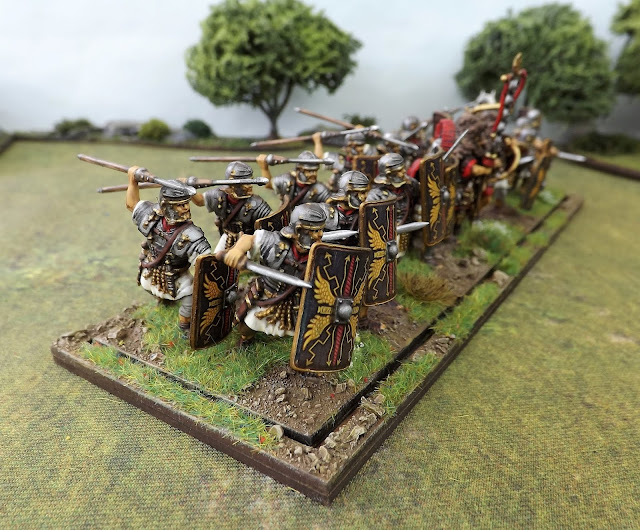 It may surprise some of my readers but I actually have friends, Mr Steve you know who you are, who sometimes express doubt that this collection is really growing with scurrilous suggestions that I am taking pictures of the same group of figures and needlessly filling the ether with 'fake news'.

I suppose this is representative of the times we are living in, so to refer back to a famous quote from the Falklands War, "I counted them all out and I counted them all back", to allay any fears of so called fake news, I present the first four cohorts of my Trajanic Legion destined to bring Pax Romana to Decebalus and his Dacian bandits.

The plan will see another three such cohorts added to these with the option to convert one into a double-strength first cohort and attached aquilla and primus pilus with all the added combat bonuses that would imply; thus my collection will represent a fighting legion of just under 3,500 soldiers, probably closer to average fighting strength. 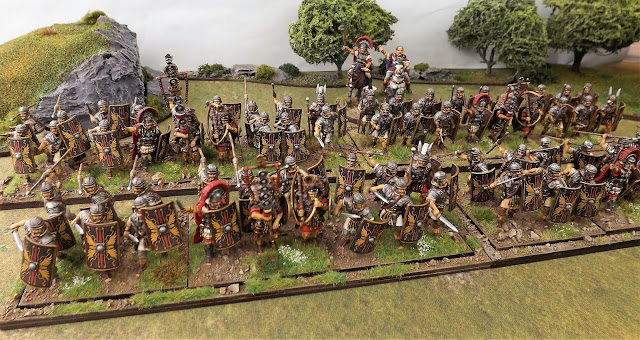 Once the Romano Dacians are done I will produce a similar number of cohorts with red shields that will facilitate some civil war actions I have in mind as well as larger Roman versus the others encounters, with Germans and Sarmatians added to the Dacian collection to counter a larger Roman force.

If you are interested in reviewing the collection as a whole, that I have completed so far, together with other associated posts, you can check them out by following the tab, JJ's Dacian Wars on the top bar of collected links or in the link below. 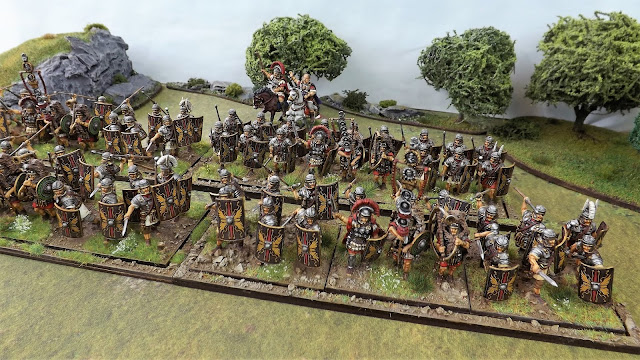 So onwards and upwards with, next up, a look at my AWI Light Infantry, the Peninsular War history of Badajoz and the parts of the city we looked at this summer and I am in the process of basing some Iroquois Indians to add to the AWI collection, so will aim to put a post together on them as soon as I get my photography room back.

Oh and I have not forgotten the request I have had to put together a painting tutorial on how I do my horses, so I will do something about that once all the building works are finished here at Chez JJ with a PDF and YouTube look at the process.