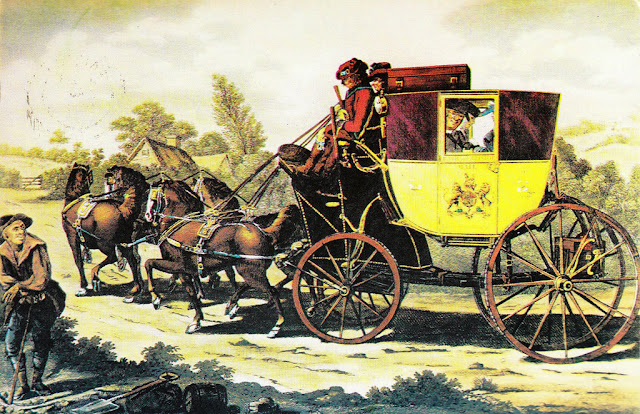 I would like to add a couple of items to Jon’s report of our first day’s walk.

In the morning as we turned into the small road that would led us up to White Castle and where we planned to drop off the first of our cars, I noticed what looked like a small moat surrounding a raised platform of grass but with Jon rapidly disappearing off into the distance I made a mental note to investigate the next time my Steak Pie levels were dangerously low. A week later when some degree of movement had returned to my limbs I drove out to see what it was.

This was original a 13th C manor house built for the rich and powerful Bishops of Landaff (now a Cardiff suburb) and very sensibly, given its location in the Welsh Marches, had a reasonably substantial moat all the way around. The church was always eager to get its hands on as much land as possible no matter were it was and this was usually done by coercing the dying into changing their will in their favour (for proof I recommend Blackadder series one 'The Archbishop') or by convincing people that salvation in the afterlife could be obtained by giving them some land now despite still being alive and well.

Hen Gwrt which using my rudimentary knowledge of Welsh means 'Large Chicken' in English (you know that’s not true, it means Old Court : JJ) came into the hands of the Herbert family during the 14th C but by what means I am not sure, it may possibly have just been leased to them but the Herbert’s were exceptionally powerful in Wales so who knows. Anyway a large dear park was being constructed in the surrounding area and the Manor house was therefore substantially rebuilt and became a hunting lodge . According to local Monmouthshire historical records the quite interesting character Dafydd Gam is supposed to have lived at Hen Gwrt. In a time when the English were not overly popular in Wales there were very few Welsh nobles who actively supported their rightful King, I guess automatically losing every dubious court case raised to steal your lands just because you were Welsh cannot have helped to convince them but Dafydd Gam was one who stood out. His family was described as “a striking example of a native family that flourished under the rule of an English aristocratic family” this family being the Bolingbrokes. Gam defeated Owain Glyndwr’s men at the 1405 Battle of Pwll Melyn near Usk where he also captured his son Gruffudd, he probably also fought in the Battle of Grosmont earlier that year.

Dafydd himself was taken prisoner in 1412 and the fact that a ransom was actually paid for him and quite a substantial one of 700 marks shows his status. He went on to serve Henry V and fought at the Battle of Agincourt where in an un- substantiated legend a group of Welsh knights led by Gam saved the Kings life whilst under attack from the Duke of Alencon only to be killed himself while doing so. This story was widespread and was generally accepted to be true however there is no proof if it really happened at all.What is known is that he is definitely named as being amongst the notable deaths on the English side. 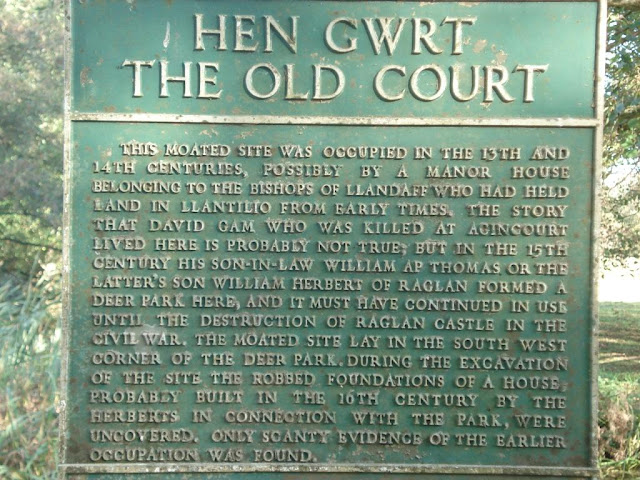 The Herbert’s during the Civil War sided with King Charles and saw the decline of their fortunes when their home at Raglan castle fell to Parliament after a three month siege and were subsequently deprived of all their possessions (Jon will cover Raglan in part two) the hunting lodge was therefore no longer used and was probably demolished shortly after.


What remains today is a square grassy island fully surrounded by a water filled moat which you can cross by a small wooden bridge, there may also be something else off to the left of the moat as you look at it from the entrance but I can neither tell nor find out if its just natural lumps and bumps or not.

The Stage don’t go this way no more.
As we reached just over half way on our walk we arrived at the staggeringly interesting inscribed stone as seen in Jon’s picture 29 from part one (we would be walking towards you, up the road) 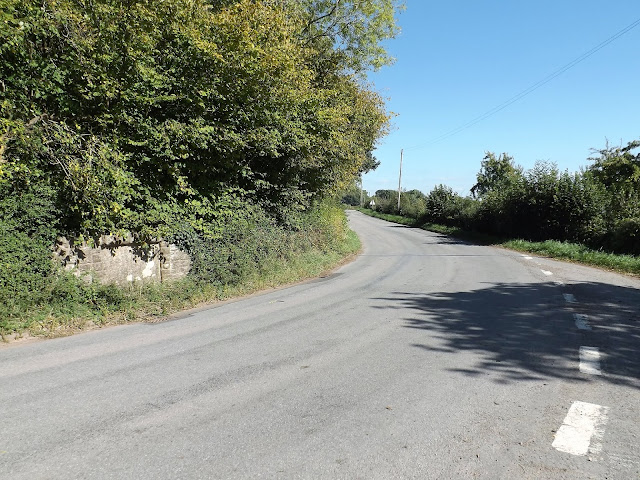 The invaluable Three Castles walking guide told us that:
“Upon reaching the junction where the staggeringly interesting stone known as The Travellers Rest is set into a wall , go left down a track which descends into a valley and follow the old stage coach route. You will pass two buildings, one reputedly being a blacksmiths cottage and the other the Travellers Rest".

As we passed the cottages we could still clearly see the old stage coach route and the ruts made by countless wooden wheels over the centuries are still visible (looks more like landrover wheels than wooden ones :JJ )

However just around the corner I began to have a few doubts about when the stage last went down this track. 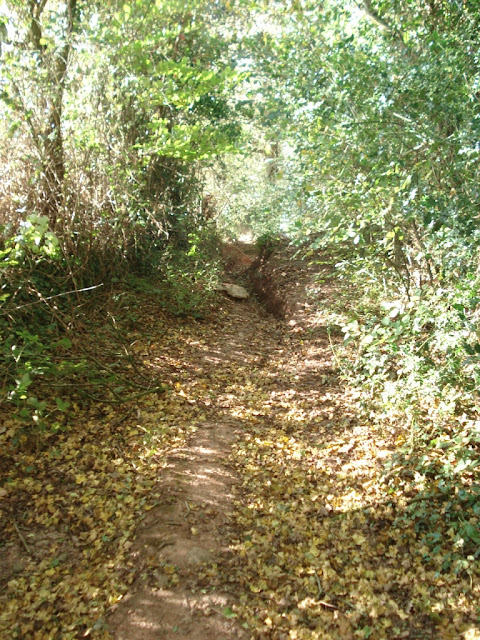 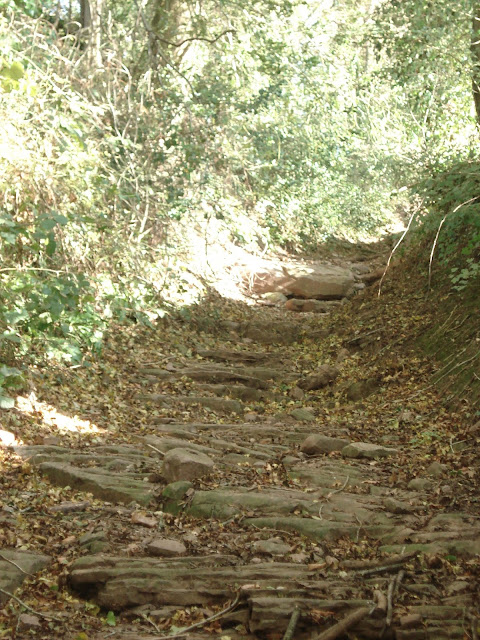 Now I can understand a little degradation over the years but even so! What were they using for pulling the Stage up this track, mountain goats? If so how many?

Eventually we made it to the bottom and there we found the remains of the old but now abandoned service station for the stage.


It’s not clear what this first building was used for but it smelt strongly of goats.


Next was The Old Travellers Rest Inn, set in a lovely little spot and with just a bit of a make over I could see it offering weary walkers a tranquil stopover along this popular trail. I accept that Beer deliveries might be a touch tricky and they would probably only be able to offer crisps and nuts but with a bit of paint here and the odd total rebuild there……

I think this close up picture below clearly shows its potential. 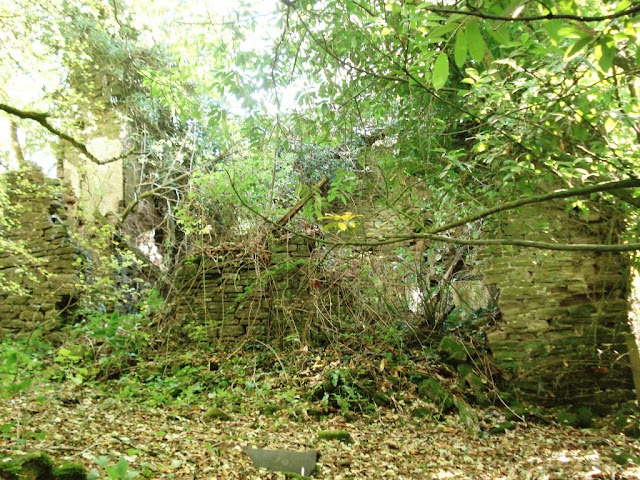 
Just below these buildings runs a pleasant little stream and after crossing the bridge and turning right you can see the old stage coach route continuing off into the distance, this time it’s a little more believable. 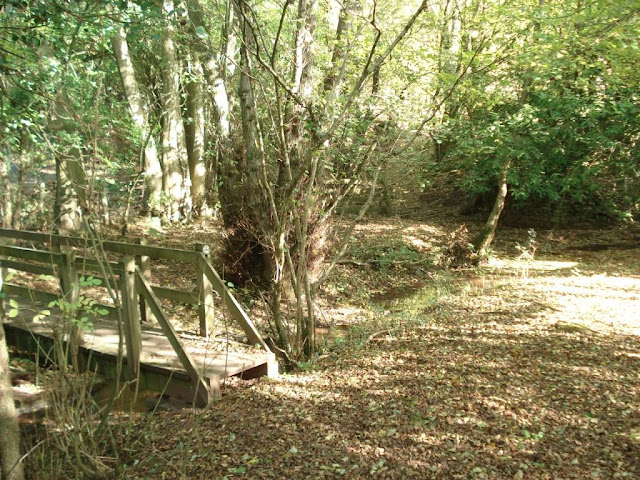 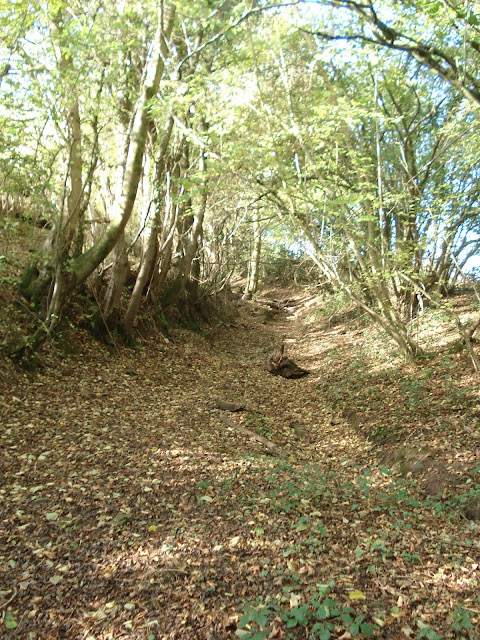 After a couple of hours slogging across countless fields and dreary tarmac roads it was a welcome change to come across what is now a little piece of forgotten history, obviously nothing of any importance ever happened in this now out of the way spot but just for once it was nice to see that the modern age hasn’t yet swept away these silent remains of normal everyday life from all those years ago.

This has been an addendum with Mr Steve
Posted by carojon at 01:18