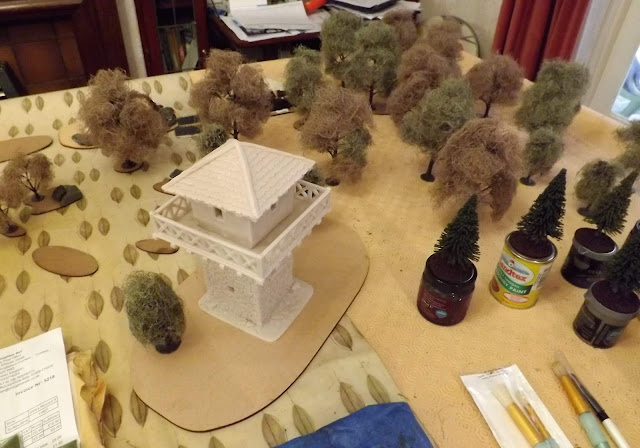 I am conscious that the blog has had to take a bit of a back seat in the last couple of weeks as I am well into a creative vein with work on the 28mm terrain collection.

With the room sorted out I thought I would get stuck into this really important part of any new collection starting with the most vital of components, namely trees. 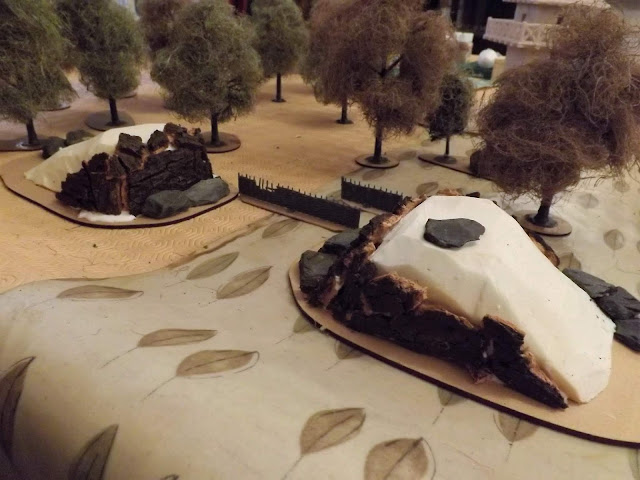 So with scatter terrain bases, woodland scenic armatures and more than enough scatter material the production line is well underway.

Alongside the trees I have long had a plan to produce some important pieces for a couple of scenarios I have in mind now the first part of the Romano-Dacian collection is done and while the terrain building materials were out I thought I might as well get those done at the same time. 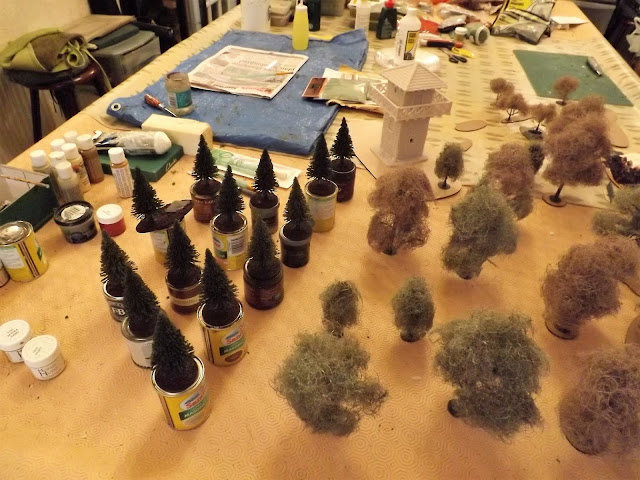 So alongside some very big trees and some pine trees all needed for that Roman limes, watch out for the barbarians type of table I am planning to put together my Grand Manner watch tower which I am thinking of having on a slight hill surrounded by a wooden stockade and with a warning beacon placed close by.

In addition to that you will see above a couple of rocky outcrops designed to be linked up with a hurdle fence barricade to allow my Dacians and later Germans to set up a handy little blocking position in a rocky pass.

Once this phase is done I will then move on to completing my Roman marching camp complete with legionary tents and finish off my river sections illustrated in the previous post picked up from Products for Wargamers. 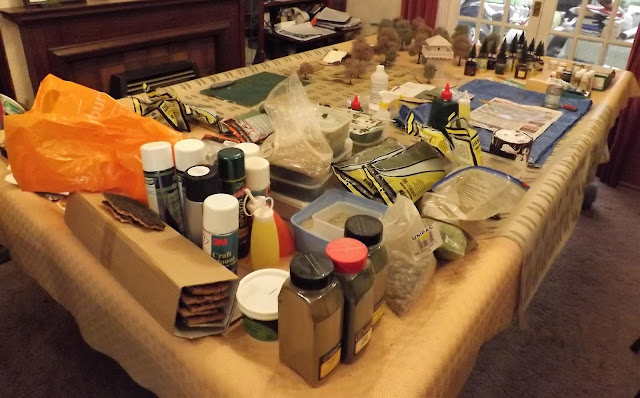 With the first set of trees bases all done and dusted I needed to get them stored whilst production moves on to the next phase and so they are temporarily stored safe in one of my display cabinets with two 70 litre RUB boxes due for delivery this week so I can store them under the table when not needed. 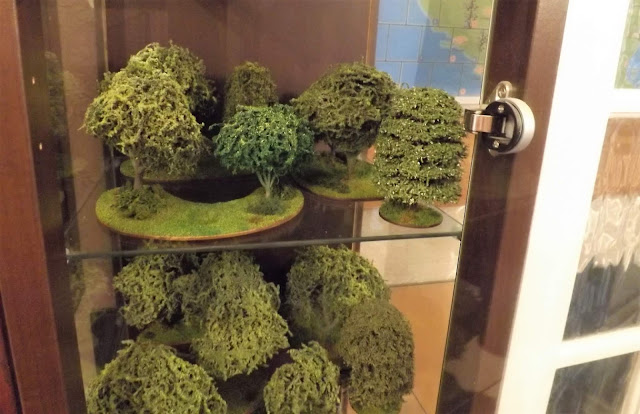 Alongside the trees I have also been working on Steve M's FIW British general commanders, 60th Foot colour party and two Royal Artillery guns with crews which should also get finished this week, so alongside the promised pictures of my 7th cavalry I will aim to get those chaps pictured and up as soon as.

Likewise once this bout of terrain building is done I will put up some pictures of the finished products prior to using them on the table. 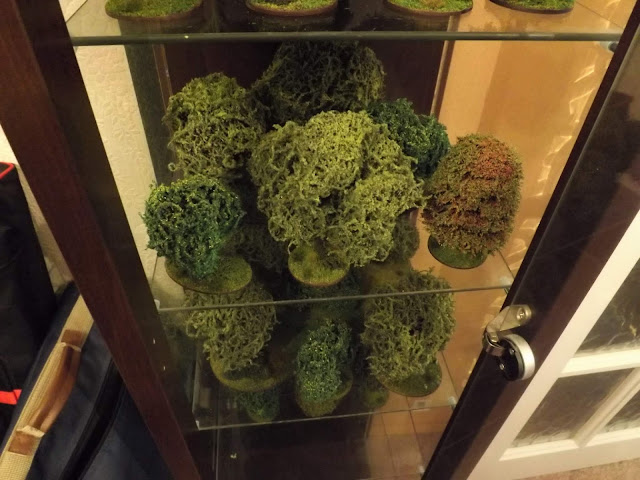 So onwards and upwards.
Posted by carojon at 08:10